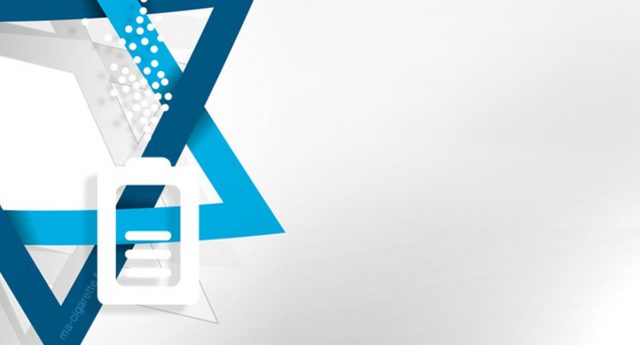 As we have seen in an earlier article on religion, e-cigarettes should for example be banned under Islam strictly according to the Qur’an. Now for a second question: can e-cigarettes be kosher?

How might e-cigarettes be viewed in the Jewish faith?

As you will have undoubtedly understood on reading the previous article, religion is a complicated matter. We are not talking here about complications that compel zealots of one God or another to kill one another. We mean this literally: if the believer accepts to act as their spiritual guide advises, all is well, but should they decide to take a look at theological matters out of curiosity, it all gets more complicated.

Also, as in the case of the article for Muslims, this article does not claim to present the absolute truth, but merely a clear and possible answer, based on the knowledge we have acquired, some research in reference works, and some questions put to religious leaders, who were kind enough to respond.

Now, things are going to get a lot more complicated.

The Jewish faith is based on exegesis, or hermeneutics, that is to say the critical interpretation of texts. Some might object that exegesis also exists in Roman Catholicism and in Islam, but in a different way. Christians have had a Messiah, Jesus, and Muslims a Prophet, Mohammed, who both communicated the Word of God. Therefore, exegesis, or the critical interpretation of religious texts, is not concerned with content, that is to say the words of the divine intermediary, but with sources, transcriptions and translations.

The Jewish faith has no Messiah or Prophet to summarise the Word of God. Being Jewish is not merely a matter of having a religion and following its religious texts, it also involves being part of a community and following its customs, laws, rites and codes, which are not all specifically religious, as Daniel Boyarin explains in “The Partition of Judeo-Christianity” (University of Pennsylvania Press).

The scriptures of the Jewish faith on which the Mosaic religious law handed down by Moses is based, and that members of the faith are required to follow, are known as the Tanakh collection, consisting of the Torah, Nevi’im, and Ketuvim. Jewish theologians’ job is to determine, based on these texts, how one must act and not act. Some of this is straightforward and set out clearly, such as kosher food for example. Other aspects are generally more complex, leading to the creation of a science known as theological hermeneutics. And it can all be called into question at any time.

In sum, the answer to the question as to whether e-cigarettes can be kosher is not going to be straightforward.

This relative theological flexibility enables a secular Jewish society and an orthodox Jewish society to coexist alongside one another. Simply put, secular Jews lead a completely secular lifestyle, seeking to determine whether all of its aspects are compatible with kosher rules. Orthodox Jews abide by a strict interpretation of the Talmud, and are of the view that if the kosher question comes up, the object is not kosher.

In sum, an orthodox Jew will not allow e-cigarettes for one simple reason: they contain nicotine, which is, depending on how it is consumed, a poison. An orthodox Jew would be of the view that using them would involve knowingly taking a risk, and Jews are forbidden from putting themselves in danger, unless it is for the common good.

A Jew with an orthodox view of the faith would therefore absolutely refrain from using an e-cigarette, but, in and of itself, this is not an issue, as they would likewise not consume “conventional” cigarettes containing tobacco. No need for a substitute.

For nicotine-free vaping, the same rules apply: as they could not be sure that all of the constituents are kosher, an orthodox Jew would always abstain rather than take the risk.

For secular Jews, the matter is somewhat more complicated. Theoretically, they can consume e-cigarettes, provided that they are kosher.

On the other hand, the liquid can contain a small amount of alcohol, provided that it is not chametz. In sum, alcohol which is not derived from the fermentation of wheat, barley, oats, spelt, or rye can be used, in moderation.

Finally, one question raised is that of nicotine. The answer is simple: if the nicotine vaped with the e-cigarette is considered harmless (as studies in the United States tend to show), then its consumption is allowed, provided that it is not used by the believer in a manner that puts them in danger. Wearing gloves when filling the tank is thus strongly recommended.

If, however, consuming nicotine is considered dangerous, then its use is forbidden, and it is recommended to consume a nicotine-free kosher liquid.

In conclusion, to quote the rabbi Rav Azriel Cohen-Arazi: “There would be many reasons to allow it”.

One group has recently developed an e-cigarette offering with three product ranges that are kosher-certified in the United States.  The Chief Rabbinate of Israel, which has orthodox leanings, has criticised this range, taking the view that it was not a rabbi’s role to encourage e-cigarette consumption. 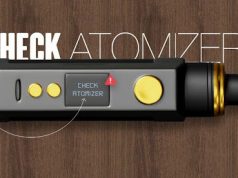 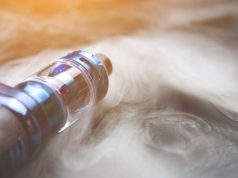 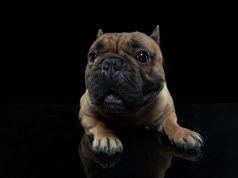