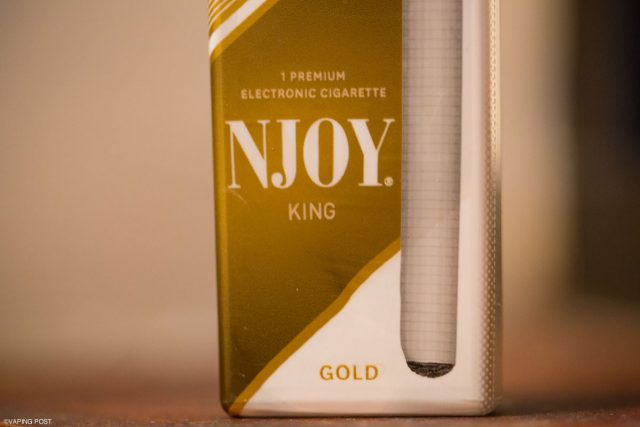 NJOY was founded in 2006 as Sottera by Mark Weiss. The company became the largest independent e-cigarette and vaping company in the USA and is the only major one to offer products across all forms: disposable and rechargeable Cigalikes, “open systems” e-liquids and vaping devices, and advanced “closed system” e-liquids. The company distributes through convenience stores, drug stores, mass merchandisers, vape shops, and on-line and represents over 90,000 stores in the United States and more than 40,000 outlets across Europe.

The company prioritizes Research & Development in order to develop its innovative new products. It gave itself the mission to undermine smoking-related diseases and prematured death with harmless alternatives to adult smokers and vapers.

“We believe that only an independent company can have as its corporate mission the extraordinary technological and important objective to make cigarettes obsolete,”Craig Weiss, chief executive of NJOY

Craig Weiss, Mark’s brother and a patent lawyer and former hedge fund manager, compared the initiative and its ambition to putting a man on the moon.

The US Bankruptcy Court for the district of Delaware received on September 16, 2016, a voluntary petition for relief under Chapter 11 of the US Bankruptcy Code from the e-cigarette Scottsdale (Arizona) company. Even if the newly introduced Regulations in the USA and in Europe can not be discarded as a reason for this decision, NJOY President Jeffrey Weiss said to Law360 that the company sustained significant losses when it released the disposable e-cigarette Kings 2.0, in 2013. This is confirmed by the recent analysis of market shares performed by Wells Fargo and investigating the position of Big Tobacco companies in the sector of vaping. In this scenery, NJOY seemed to be in free fall for several years.

NJOY received a $70 million capital injection in February 2014 from investors including Brookside Capital and Morgan Stanley Investment Management, in the latest vote of confidence for a fast-growing industry. Sean Parker (co-founder of Napster) and Peter Thiel, (one of the founders of PayPal) are the most popular investors of this group.

More recently, the company has also been in conflict with Fontem Ventures, the owner of market leading e-cigarette brand Blu. Fontem and NJOY announced they have reached a global settlement agreement in November 2015 through which Fontem has granted NJOY and its affiliates a non-exclusive royalty-bearing global licence under the patents-in-suit and certain other vapour technology related patents. Settlement terms were kept confidential but Jeffrey Weiss, NJOY’s interim president and General Counsel, said the company had spent $2.5 million on the Fontem defence alone (source:ECigIntelligence).

In a case known as Sottera vs US FDA, NJOY challenged the Federal Agency and contributed actively to the actual situation in the USA where vaping products are regulated as tobacco products and not as drug-device combination products. The question of the therapeutic claim that has been the object of this fight in 2010-2011 is susceptible to come back to the forefront of the vaping scene with recent studies.

Subject to the oversight and jurisdiction of the court

Filing under Chapter 11 means that the company is unable to honour debts or pay creditors. In most instances the debtor (NJOY, in this case) remains in control of its business operations and is subject to the oversight and jurisdiction of the court. Chapter 11 shall afford NJOY a number of mechanisms to restructure its business:

In this procedure, all creditors are entitled to be heard by the Court. A first day of hearings has been scheduled for today, on September 20, before the Honorable Christopher S. Sontchi in the US Bankruptcy Court for the District of Delaware (Case 16-12076-CSS).

US FDA: A “win” for Big Tobacco, not for public health

This was the only company, especially after the new regulations, that carried a great menthol liquid. In fact, it was better than any I ever tried. I hope they remain in business, and make it through. they were completely instrumental in my smoking cessation, and remaining smoke free for six years!