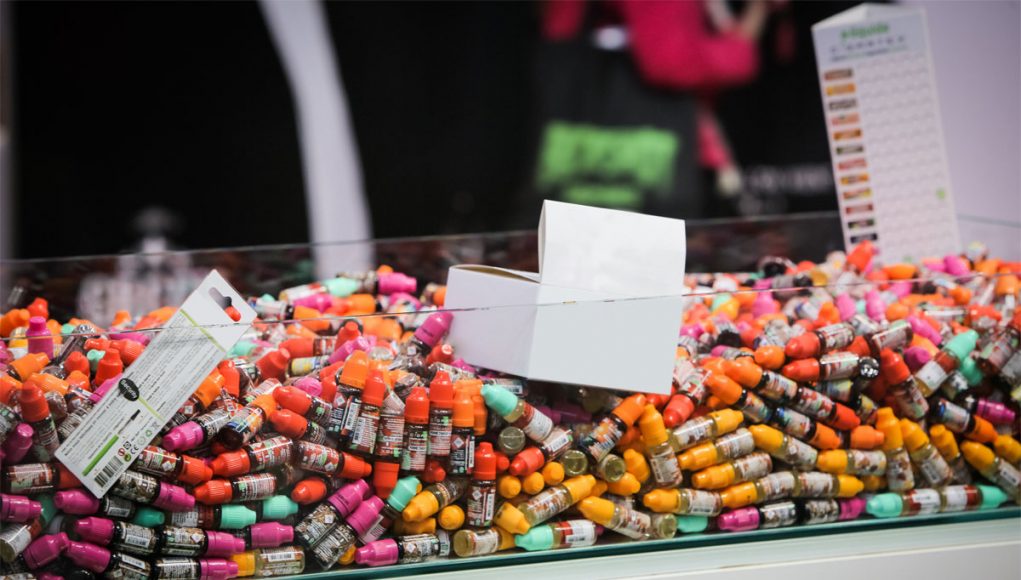 Flavours, from the experience of many vapers and former smokers, are what made the difference when switching to vaping. The wide diversity of fragrances (about 8,000 according to recent projections) is part of the success of the e-cigarette, pretend vaping advocates. But this opinion is nearly ignored by those who regulate this sector.

However, from a legislative point of view, there is not better way than a scientific publication to support such argument. And this is what Mark Litt, Valerie Duffy and Cheryl Oncken probably thought when they conceived their study to examine the influence of flavouring on the smoking and vaping behaviour of smokers asked to adopt e-cigarettes.

Currently, e-cigarette flavourings are being scrutinized since many regulators believe they catch up the youngest and drag them to nicotine addiction with e-cigarettes then with smoking tobacco. A wide variety of flavours as large as 8,000 are available for purchase on websites and in vape shops. Hence, flavourings are first considered as a selling argument for ENDS. Besides controversial toxicity, this study demonstrates that flavourings also have a role to play in smoking cessation. The smokers participating in the study were offered to vape 18 mg/mL nicotine base only, tobacco, menthol, cherry and chocolate flavourings with an Ego e-cigarette. Two different phases occurred; the first one was designed for participant to test the flavors and select their preferred one.

The second phase addressed smokers’ behavioural responses at home.The participants were then asked to self monitor their cigarette use daily for 1 week and to substitute e-cigarettes in place of their regular cigarettes for a period of 6 weeks.

The authors defined a e-cigarette episode as about 15 consecutive puffs or a period lasting about 10 min. Regular measurements of carbon monoxyde (CO), a toxicant gas linked to the inhalation were also carried out on individuals. The effects of specific flavours on cigarette use and e-cigarette use were intriguing: Vaping vs smoking patterns significantly evolved during the 6 weeks of survey. A decrease of smoking was concomitant with an increase of vaping and a reduction of the CO level.

The greater reduction in smoking was associated to vaping menthol while the greater success of vaping was found with the tobacco flavor. When investigated, flavor preference reveals a shared success of menthol (32%), cherry (30%) and tobacco (24%). Only few people love vaping base, chocolate flavor did not receive a lot of interest as well.

The authors notice that:

Menthol, a flavor of controversy

Menthol tends to inhibit metabolism of nicotine, which may help explain why those who smoke menthol cigarettes tend to smoke fewer cigarettes per day. Menthol was also more recently reported to directly attenuates the activation of the nicotinic-acetylcholine system by nicotine and contribute to an overall decrease of nicotine uptake.

In this article, menthol flavor in e-liquids reduces craving and helps smokers better accept e-cigarettes. In contrast, menthol in cigarettes reduces the uptake of nicotine by the organism and tends to increase smoking rates. This is a reason of this controversy.

Menthol has numerous properties that ancient knew for sure. Menthol is still used in gels for its topical analgesic effects and can be purchased on the counter in the USA as an anti-etching agent. But who says menthol doesn’t mean mint, especially spearmint.

Neurotoxic effects of menthol are not established. Nevertheless, neurotoxicity is reported for a molecule called carvone, a terpenoid present in spearmint oil (Mentha spicata) where the mint flavor is not due to menthol but to carvone. But carvone has stereoenantiomers. And depending on the enantiomer, the flavor of carvone ranges from caraway seeds (S-(+)-carvone) to fresh mint (R-(-)-carvone).

Both enantiomers have been reported to cause depressant effects on animal models, such as decrease in the response to the touch and ambulation, increase in sedation, palpebral ptosis, detection of a painful or injurious stimulus by sensory neurons. However, (R)-(−)-carvone appeared to be more effective than its corresponding enantiomer.

One can easily imagine that if a manufacturer decides to use an organic mint, like spearmint, instead of menthol (5-Methyl-2-(propan-2-yl)cyclohexan-1-ol), there is a risk of neurologic effects. Fortunately, the potential dose of carvone delivered to the vaper under normal use of his e-cigarette with refreshing juice is likely to exclude any type of severe neurologic reaction. But even if the risk is low, it is important to keep in mind that not all mint flavors are the same, especially for your brain.Not all menthol flavors are comparable (update on March 16, 2017)

It happens, during such trials, that smokers abandon smoking if favor of the e-cigarette. Only one participant has cut with smoking over the 88 people involved in the study. By assigning more flavors per participant, by offering higher nicotine strength and by selecting random smokers instead of smokers who do not plan to quit smoking, the authors believe they could have led more participants to complete cessation, which was not the initial aim of the study. They recall that this is the first study to examine the role of flavours per se on smoking and vaping patterns of smokers adopting e-cigarettes.

The implications of this study are multiple. Many countries are about to ban flavoured e-liquids and especially menthol whose use in combustible cigarette is also compromised on the short term. With the comprehensible message that flavors play a crucial role in decreasing smoking, this study will hopefully contribute to develop the current scientific effort in order to make the use of flavourings safer in e-cigarettes.

Found the same thing in my survey, hope you allow the photo & link.

Great article. The proof of truth is in the science. This is MUST know info for the masses. Thanks for this contribution to the preservation of honesty.