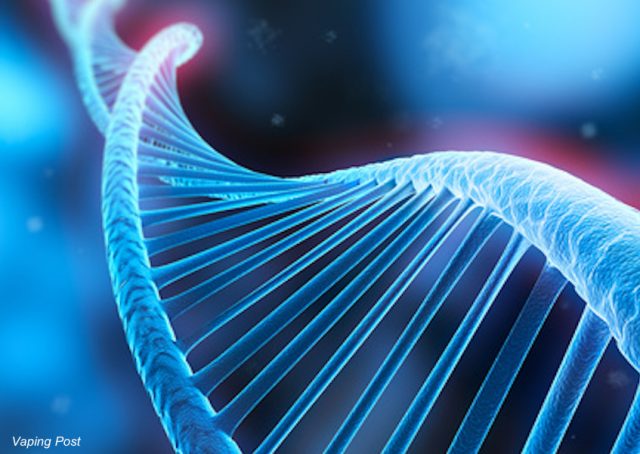 Dr. Stephanie London, deputy chief of epidemiology at the U.S. National Institute of Environmental Health Sciences led the study in question, examining blood samples from over 16,000 individuals who had participated in six previous studies related to smoking. The findings found that about 7,000 genes are affected by smoking, therefore ⅓ of our currently known genetic material, and were summarized on WebMD as follows :

“London’s team found that some genetic changes remained, even 30 years after quitting smoking.

London and her colleagues zeroed in on a process called DNA methylation — genetic changes that don’t alter genes’ underlying code but can change how they’re expressed, or turned on.”

This study highlighted once again the importance of having effective smoking cessation aids readily available encouraging smokers to quit, and is published at a time where certain regulators such as the FDA are doing anything they can to tighten their straps by enforcing heavy regulations which make it close to impossible for smokers to have access to e-cigarettes.  This is tragic as numerous studies have found vaping to be a much safer alternative to smoking, and the most effective smoking cessation method.

Many health experts have been speaking up against these regulations especially after the Royal College of London released the frequently quoted study which found that vaping is at least 95% safer than smoking, and another recent study by Dr. Farsalinos which found that 6.1 million European vapers have managed to curb the habit as a result of using e-cigarettes, ironically the same number released by the World Health Organization for the amount of people that perish each year as a result of smoking.

The necessity for authorities to work together on this Global Health Crises, highlighted once again

This latest study confirming that smoking leads to DNA damage, in some cases for a lifetime, points out once again the necessity for a collective effort by authorities to work on a solution that promotes the annihilation of tobacco cigarettes.  However, although fortunately some countries such as the UK are well on their way of achieving this and have the figures that prove it, other Countries such as the US are still paddling in the opposite direction by condemning the same products that are proven most effective to avert this global health crises.

Its BS, they are smply describing cell methylation that happens to all of us everyday……..no matter what chemicals your around as their all the same everywhere as whats in tobacco smoke.

This is just more scare hype press releases to sell ecigs…….wont the ecig idiots ever learn!

The Chemistry of Secondary Smoke

About 94% of secondary smoke is composed of water vapor and ordinary air with a slight excess of carbon dioxide. Another 3 % is carbon monoxide. The last 3 % contains the rest of the 4,000 or so chemicals supposedly to be found in smoke… but found, obviously, in very small quantities if at all.This is because most of the assumed chemicals have never actually been found in secondhand smoke. (1989 Report of the Surgeon General p. 80). Most of these chemicals can only be found in quantities measured in nanograms, picograms and femtograms.

Many cannot even be detected in these amounts: their presence is simply theorized rather than measured. To bring those quantities into a real world perspective, take a saltshaker and shake out a few grains of salt. A single grain of that salt will weigh in the ballpark of 100 million picograms! (Allen Blackman. Chemistry Magazine 10/08/01). – (Excerpted from “Dissecting Antismokers’ Brains” with permission of the author.)

Daniel, are you’re okay? Did this fit of idiocy come on all of a sudden or were you born that way. There is help available. All you have to do is ask for it…

The anti-smoking PSYCHOSIS has been studied and found non-harmful and they can seek treatment!

Idiopathic environmental intolerance (IEI) is a descriptor for a phenomenon that has many names including environmental illness, multiple chemical sensitivity and chemical intolerance. Toxicogenic and psychogenic theories have been proposed to explain IEI. This paper presents a causality analysis of the toxicogenic theory using Bradford Hill’s nine criteria (strength, consistency, specificity, temporality, biological gradient, biological plausibility, coherence, experimental intervention and analogy) and an additional criteria (reversibility) and reviews critically the scientific literature on the topic. The results of this analysis indicate that the toxicogenic theory fails all of these criteria. There is no convincing evidence to support the fundamental postulate that IEI has a toxic aetiology; the hypothesised biological processes and mechanisms are implausible.

Not 1 Death or Sickness Etiologically Assigned to Tobacco. All the diseases attributed to smoking are also present in non smokers. It means, in other words, that they are multifactorial, that is, the result of the interaction of tens, hundreds, sometimes thousands of factors, either known or suspected contributors – of which smoking can be one.

You can access the article for free on the Cato Institute’s wesbite, Cato.org. This article neither defends nor promotes smoking. Rather it condemns the abuse of statistics to misinform and scare the public. Levy, by the way taught Statistics for Lawyers at Georgetown University Law School. There is also a popular law school class called How to Lie With Statistics.

death by medicine” is by far the larger concern. These deaths are real, real people with real families not some defective “public health” mafia computer generated stats (SAMMEC) where no real deaths or people are counted….

Great article.After a long search for good stuff, I was Lucky to find a Reliable Dealer who supplied me with Quality 1 oz white widow and 50 grams CBD Oil for my chronic pain. My delivery was made safe and confidential at my hotel and I’m very impress with his quality that is why I am recommending you to contact Kenneth Bomar if you are Looking for Quality Stuff. Here are his details, phone 313 num 288 ber 9756 / email; kennethbomar95@gmail.com.