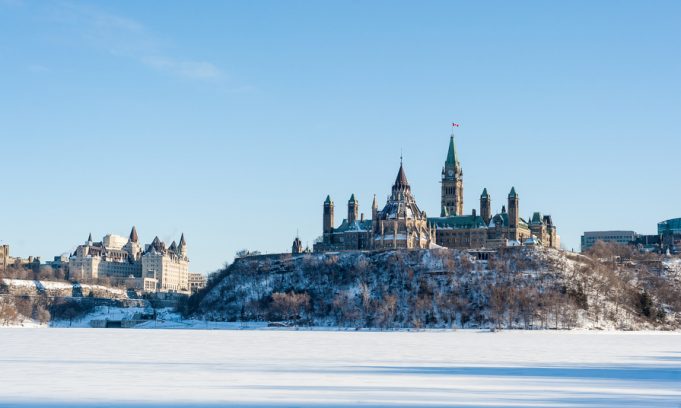 In response to increasing popularity of e-cigarettes and vaping, the Federal Government of Canada announces the introduction of amendments to the Tobacco Act “to create a new legislative framework for regulating these products”. The re-orientation of the Tobacco Control Strategy is expected in fall 2016.

With this new framework, Jane Philpott, the Minister of Health wants to “balance the need to protect youth from nicotine addiction and tobacco use while allowing adult smokers to legally access vaping products for smoking cessation or as a potentially less harmful alternative to tobacco”.

“Smoking tobacco is the leading cause of preventable death in Canada, affecting the well-being of all Canadians, including youth. The Government of Canada is continuing to explore new and better ways to address smoking in Canada, and its impact on the health of Canadians. I am proud of the progress we’ve made so far, and I look forward to working with our partners and stakeholders to ensure Canada remains a leader in tobacco control.”Jane Philpott - Minister of Health, CA

Is one year sufficient to address vaping in the Federal regulation?

One-year extension of the current plan will allow, according to the Ministry, sufficient time to develop a new and effective long-term strategy that will start with propositions:

Health Canada announced they aim at involving all stakeholders, Indigenous partners, provinces and territories. A national forum will be held in early 2017, to discuss the future of tobacco control and hear from a wide range of stakeholders and Canadians, including First Nations and Inuit Canadians.

“Together, we will continue to build upon the great strides we’ve made thus far and help Canadians lead healthier, tobacco-free lives.”Health Canada

Whether for or against vaping, a strong message was expected from the Federal Government as provincial governments were under pressure to regulate vaping products. Here, with a clear statement in favor of the e-cigarette for smoking cessation, the federal government seems to align with England, whose reduction of smoking rates has reached its lowest level in 2015. A similar image is displayed by Health Canada with a free-fall in smoking prevalence over the last 50 years in the country.

However, the clock is ticking and the government foresees 87,000 Canadians to become daily smokers in 2016, many of them youth. Aboriginal communities are also concerned by smoking with smoking prevalence much higher than the national average.

One additional year is probably not enough to fully engage in the direction of harm reduction with e-cigarettes since some Provinces have already taken strong actions against vaping. Strong actions that have also aroused strong reactions from the public and professionals. But the positive attitude with vaping gives a piece of hope for the Canadian vaping sector as the US neighbour is bogged down with their deeming rules.

More on the Canadian vaping sector:

While we’re trying to remain optimistic and hope for a sane approach to regulation in Canada, its troubling to see our representatives uncritically repeating the revisionist agenda, including gratuitous hot-button triggers. (non-specific “youth”, “addiction”)

Jane Philpott, the Minister of Health wants to “balance the need to protect youth from nicotine addiction and tobacco use…”

Pretty blatant example of mission creep from reducing the harm to health caused by smoking. IMO protecting or improving the health of Canadians is the only legitimate stake the government has in this issue – unless you count protecting tobacco farming, company share value, and taxation revenue (which are actually conflicts of interest).

“Youth” is an absurdly broad catch-all, obviously meant to invoke “think of the children”, but could include 20-somethings in order to inflate the statistics. We can probably assume they’ll talk about teens – but will they conflate vaping with smoking as “tobacco use”? or experimentation with daily use as the U.S. “gateway” studies did? or even acknowledge that most teen vaping does not involve nicotine?
“Addiction” is a pretty easy sell for “something must be done”. Do they have any post-19th century non-prohibitionist thoughts on this, or is it just an easy justification for blanket policies?

Needless to say, I’m a bit suspicious. The statement so far sounds like more “Tobacco Control” than a realistic look at health and welfare, and what (if anything) should be done. But I’ll try to stay hopeful that the government doesn’t disappoint, stranger things have happened.

You’re aware of how this is going, no? Quebec’s a mess, British Columbia has banned vaping in all places smoking is banned, including parks and beaches. This will not go well for vapers, or for smokers, and the Canadian government appears to be lumping them together.