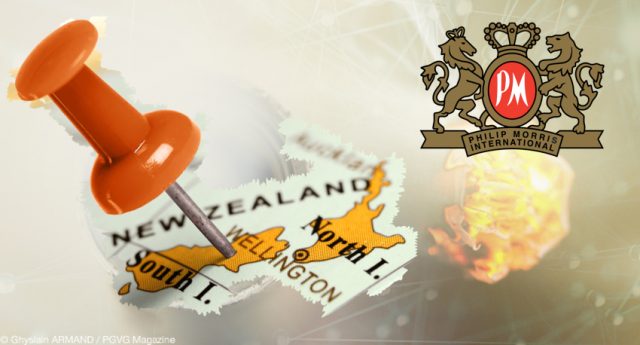 Christchurch Clinical Studies Trust Ltd released the study about this new device which was developed by Professor Jed Rose, co-inventor of the nicotine patch. The prototype of this new product called P3L works by mixing nicotine with lactic acid producing an inhalable nicotine salt aerosol. This product promises to deliver faster nicotine absorption rates and hopes that this will increase its possibility of it being accepted by the smoking community. The product was tested for side effects and safety issues and none were reported.

It is ironic of course that one of the biggest tobacco companies in the world is in parallel also working on a Nicotine Replacement Therapy, in the hope that it will be used by smokers who are seeking to curb an addiction caused by products sold by the same company.
The research was approved by an Independent Ethics Committee, conducted in accordance with the principles of the Declaration of Helsinki, Guidance on Good Clinical Practice and in line with the Guideline on the Regulation of Therapeutic Products in New Zealand. Further studies about the product will be carried out in order to access it’s effectivity on the larger population.

“In addition to quitting, which remains the safest way to reduce the harm from smoking, a tobacco harm reduction strategy envisions the development of products with the potential to reduce individual risk compared to smoking. A critical element for acceptance by smokers is nicotine delivery similar to cigarettes as well as the rewarding of subjective effects, and this novel nicotine-containing product has proven to perform better than existing nicotine delivery systems in both areas.”

Why are most NRT’s accepted, besides the most effective ones, e-cigs, which are frowned upon?

It is ironic of course that one of the biggest tobacco companies in the world is in parallel also working on a Nicotine Replacement Therapy, in the hope that it will be used by smokers who are seeking to curb an addiction caused by products sold by the same company. Philip Morris have also been dabbing in the vaping industry, in fact they are the leaders of the vaping industry in Japan.

The pressing questions here remain the same : How are most NRT’s generally accepted but vaporizers, which are proven to be the most effective smoking cessation devices demonized and banned in most countries, including NZ? How are tobacco cigarettes still more accessible for consumers than their 95% safer electronic counterparts in most countries? Why is the knowledge about the effectivity of e-cigarettes not openly shared ?

Good journalists find out what is really going on in a country before posting about it. This is the 2nd time you have posted about NZ with dubious information….perhaps you need to contact one of us here at the consumer advocacy group to get the full story before publishing information on NZ?