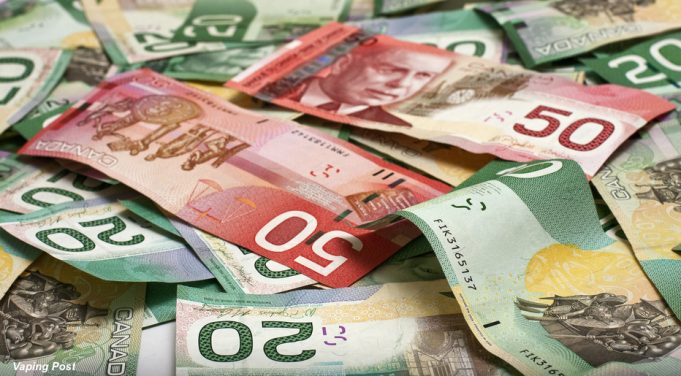 When questioned about the fact that the company would be selling a product that would compete with their primary source of revenue, Eric Gagnon, a spokesman for Imperial Tobacco Canada replied, “It’s the same reason why Coke has Diet Coke and they have water. So that means with that thinking, there’s no way that Coke could sell water … there’s no way McDonald’s could sell a salad. Why aren’t we allowed to sell a less harmful product?”

Imperial Tobacco Canada’s spokesperson pointed out that having the government regulating the products as smoking cessation tools, would ensure that existing and potential vapers feel reassured about the potential of the products.
The Federal Government of Canada announced the introduction of amendments to the Tobacco Act last month. Jane Philpott, the Minister of Health stated that the aim of these changes is to  “balance the need to protect youth from nicotine addiction and tobacco use while allowing adult smokers to legally access vaping products for smoking cessation or as a potentially less harmful alternative to tobacco”.

Currently the sale of e-cigarettes that contain nicotine is deemed illegal in Canada, even though they are still widely found across the country. Gagnon is hoping that regulating the $235 million industry, would facilitate the communication with the industry’s consumers, correctly pointing out that having the government endorsing the products as smoking cessation tools, would ensure that existing and potential vapers feel reassured about the potential of the products.

The big tobacco parent company in the UK, BAT, has leaped at the opportunity of investing in vaping products, and has even conducted studies on the latter. Besides being the first company who introduced the devices in the UK, it was also the first tobacco company to obtain a medical license to sell smoking cessation devices. The company’s scientific director, David O’Reilly, acknowledges that the sale of their cigarettes has had a devastating effect on public health, adding, “That’s why we’re investing heavily in the research and development of safer tobacco and nicotine alternatives.”

“I think if they were really interested in harm reduction, they’d stop selling cigarettes. I mean, this is a company that continues to sue governments for putting health warnings on packages, including in Canada.”David Hammond, associate professor of public health at the University of Waterloo, Canada

While the World Health Organization reported that there are approximately a billion smokers worldwide, Health Canada estimated that  37,000 people die annually of smoking related diseases. In a statement that echoes what Gagnon said, BAT’s O’Reilly stated, “If we are part of the problem, as people see it, then we should be part of the solution.” However many health experts are not convinced by Big Tobacco’s “benevolent” claims and remain sceptical. David Hammond, an associate professor of applied public health at the University of Waterloo, rightly pointed out, “I think if they were really interested in harm reduction, they’d stop selling cigarettes. I mean, this is a company that continues to sue governments for putting health warnings on packages, including in Canada.”