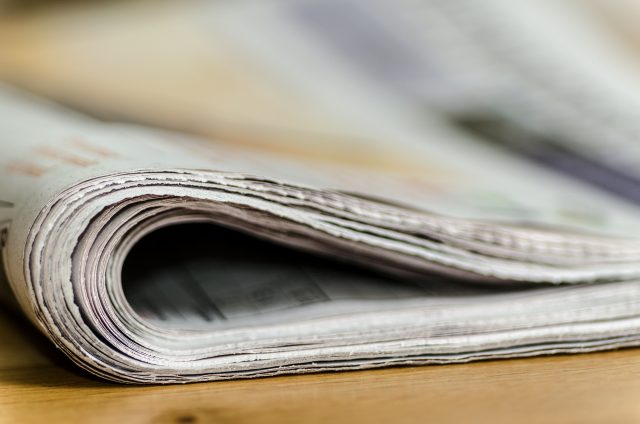 An article published in the Canadian Medical Association Journal explores the way scientific information is conveyed to the public by the media. The authors notice the lack of relevant academic or clinical expertise in the media coverage of medical research in one out of four cases. Conflicts of interest are most of the time present but omitted in this coverage. Their findings also indicate that five out of six articles were commented by insiders lacking distance with their research.

The Dr Andrew Grey from the University of Auckland (NZ), told Reuters Health that the comments made in such media are likely to influence the reader by not objectively discussing the different views on the topic. And this is what is observed with a hot topic like the e-cigarette and the reporting from the scientific sphere to the public domain.

“The average person should be aware that commenters in health new stories quite frequently have (conflicts of interest) that are relevant to the topic at hand, that are frequently not reported and quite likely to influence the disposition of the comments towards the research in question.”Dr Andrew Grey

Reporting science to the public, a tricky job It can be difficult for a journalist to correctly report scientific research. To be neutral in a report of scientific facts is the simplest approach and consists in summarizing the context, the results, discussion and conclusion without any further comment than citing previous studies or writings.

Another approach is to involve one or some of the co-authors who will comment his/her/their findings. This is simple because the names and affiliations generally appear at the top of the publication and a mail exchange is sufficient to add value to the report.

Finally, and this is probably the “lesson” that is given, here, the journalist will find “the specialist” that will provide clear insights in the story without altering the message. No criticism, here, but an opening that adds value to the initial report. It certainly is the most tricky approach because conflicts of interest are not disclosed on CVs and can be hidden in the history of the protagonists. It is of the responsibility of the reporter to inform the readers about potential conflicts between the persons he introduced to the reader. Sometimes, describing the context of a study is not a piece of cake, believe me.

How do others do?

As an observer and commenter of vaping news, I would rather say that imbalanced media messages about e-cigarettes often exaggerate or emphasize potential harms and ignore benefits, leading to deliberate misreporting of the scientific message. In the domain of harm reduction, conflicts of interest are also common and not always disclosed by the researchers. Sometimes, the authors themselves do not consider that their participation to a clinical survey, two years before, or their presentation during a symposium where they have been invited by a certain company represent conflicts of interest.

Finally, and I have personally experienced this case recently, the paranoiac reader who believes that even the science has slithered down the twilight zone… conspiracy theory will still have adepts.

Deliberate misreporting, an illustration of what we saw in 2016

The last example to date of deliberate misreporting has come from a case report of liquid nicotine ingestion. The readiness of the authors to comment on US FDA regulation of e-cigarettes has been diverted by the media to incriminate vaping while, with a little bit of distance one the publication, the issue originated from misuse of poor labelling of an unadapted container for storage. Exploding Li-ion batteries, this year, lead us to publish on this topic to re-establish the truth. The drama is always presented in newspapers as “an e-cigarette battery exploding in the pocket or the bag of a poor victim”. The conclusion of the report explains that e-cigarettes should be regulated with a iron fist because, in addition to being toxic, they can also wound the flesh of vapers or bystanders. What is not clearly exposed in such reports is that the poor victim was carrying the naked battery in his/her bag/pocket, where a short-circuit occurred with other metallic objects like loose coins or keys. The battery could have been that of a smartphone or of any other electric device, but would have it been mediatized this way?

Another example consists in the hasty transposition of conclusions drawn from in vitro or animal studies to humans. Such a shortcut is a scientific mistake: The scientific publication concluding that “markers of inflammation were found in epithelial cells exposed to e-vapor” suddenly becomes “vaping is causing inflammation to the lungs” in a news media or “vaping no better than smoking for your health” in another one.

There have been a couple of remarkable cases of misleading reports, this year. First one to come back in mind is the case of greek researchers claiming that they demonstrated negative cardiovascular effects upon e-cigarette use while they were just observing the well-described effects of a nicotine burst on the organism. Another example is the unfortunate communication of co-author, Dr Jessica Wang-Rodriguez, who outbid on a newspaper’s interpretation of their results, claiming “Our study strongly suggests that electronic cigarettes are not as safe as their marketing makes them appear to the public” and added “I believe they are no better than smoking regular cigarettes”, speaking about e-cigarettes.

What is going wrong with e-cigarette research?

This subtitle is inspired by the San Diego Union Tribune headlines of Brad Fikes’ article What went wrong with e-cigarette research? that used the case Wang-Rodriguez to elucidate the outstanding media uproar on negative vaping news. He concluded that reporters don’t go in depth of scientific studies, a failure that is responsible for cases of misreporting. He writes about press releases of scientific communications that they “are not a substitute for actually reading the study itself, and ideally, getting help from one or more knowledgeable scientists.”

A system that amplifies negative science on e-cigarettes

Interviewed by Brent Stafford on RegulatorWatch.com, Dr Brad Rodu, is rather pessimistic with scientific knowledge gathered from vaping science. He believes that funding agencies do not expect researchers to promote smoking alternatives and he predicts an increasing number of anti-vaping studies in the future. The scientific bias will come from the increasing number of negative studies published.

Reviewed by newspapers, such publications will inevitably be misused. Hence, misinformation may be presented as a scientific truth to the public, and this is dangerous because vapers may never obtain the truth they deserve about vaping.

Re-establishing the balance, an impossible mission?

According to the scientist, the quasi-exclusive funding of research by federal agencies creates a deficit of scientists with an open mind on the subject. Is a funding by the industry susceptible to re-establish the balance? It is hard to predict but it is obvious that the most powerful actors, besides agencies, to be able to financially support scientific research in this domain are the pharmaceutical and the tobacco industries. Can a solution come from crowdfunding or, on the opposite side, from tobacco industry grants?

More readings on this topic:

I agree with Brad Rodu in being pessimistic. The money being poured into research with an obvious negative bias towards THR is overwhelming. The idea of crowd funding research is a joke. We could never come remotely close to the money and inside track that the tobacco control industry has.

It is only going to get worse for vaping. What happened to smokeless tobacco is now happening to vaping. More and more people are viewing vaping as just as harmful, or more so, then inhaling smoke. I expect that soon enough the numbers will be equal to that of smokeless tobacco. It the same old anti-THR story with a new face.