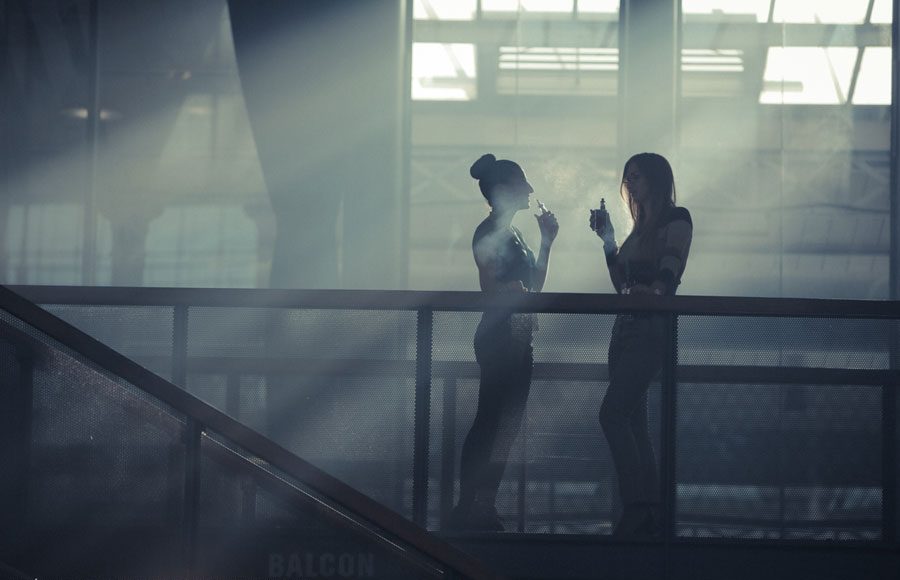 Public Health Wales released an updated position statement on Thursday, outlining its latest policies on vapour products. In a confused and apparently contradictory announcement, PHW struck a cautious note about the use of e-cigarettes in quit attempts, while simultaneously urging smokers who don’t want to quit to switch completely to e-cigarettes – in other words, quit.

The initial announcement acknowledged that vaping is far safer than smoking and was cautiously welcomed by advocates, but opinions changed when it became obvious that the position statement is calling for a ban on many liquid flavours. As usual this is justified on the specious grounds that they could attract children to vaping, which Smoking Toolkit data continues to show is not happening.

Judy Gibson of INNCO said, “I suppose we should be pleased that Public Health Wales has finally acknowledged that switching to vaping is a positive step for smokers. However, the demand to prohibit ‘sweet’ flavours is unjustified. It ignores current evidence and is based on fallacious assumptions. INNCO is strongly against the restriction of flavours which play a significant role in offering an alternative to combustible cigarettes.”

A new study from two leading US universities suggests that bans on e-cigarette sales to under-18s are having serious adverse consequences. Teens who can’t get access to vapour products are returning to combustible tobacco – and that could be putting unborn children at risk.

The researchers from Princeton and Cornell Universities looked at over half a million births to teenage mothers in the USA. Comparing smoking rates before and after the imposition of minimum age limits, they found a significant rise in smoking during pregnancy; in fact, smoking among underage teenage mothers increased by 13.8 percent after bans were introduced.

Two previous studies have found that banning e-cigarette sales to teens increases smoking rates, but this one shows a much larger effect. It’s also more worrying, because smoking during pregnancy can have serious effects on the baby. Female smokers who become pregnant are much more likely to try to quit, and the researchers believe that before age limits were introduced many of them were doing this by switching to vaping. Now that this option has been removed they’re simply switching back to smoking; age limits also apply to cigarettes, but they’re more widely available.

Veteran tobacco control activist Stanton Glantz and his assistant Lauren Dutra released a new anti-vaping paper on Monday [1], repeating Glantz’s long-standing claim that teen use of e-cigarettes is increasing smoking among teens. The report swiftly attracted criticism from both sides of the Atlantic, with Dr Michael Siegel of Boston University accusing its authors of manipulating data to “pull the wool over the eyes of the public.”

According to Siegel, Dutra and Glantz deliberately chose inappropriate time gates for their study to minimise the apparent decline in youth smoking, then claimed an increase when the data clearly show a sharp decrease. They also ignored the latest figures from CDC, which shows that the percentage of US teens who vape seems to have peaked and began to fall in 2015. Meanwhile smoking is at a record low and still heading down.

British health commentator Jane Symons tweeted in support of Dutra and Glantz, claiming that while smoking rates had actually fallen this wasn’t because of e-cigarettes. Instead, according to Symons, it happened because of plain pack legislation and tobacco display bans. This is a remarkable claim, because the USA doesn’t have either of those laws.

After months of silence on the issue, the FDA seems to have decided that e-liquids made with synthetic nicotine will not be treated as tobacco products. According to Generation Labs, a company which produces the chemical and has been in talks with the FDA, they received an update from the agency this week confirming that nicotine which doesn’t come from a tobacco plant will not come under the Deeming Regulations.

This is welcome news for vapers and the industry, as it opens up a way round the expensive and time-consuming Pre Market Tobacco Authorisation process required for all products. Unfortunately it’s not a complete solution, as the regulations are so wide-ranging that devices and other hardware are classed as tobacco merely because they can be used to vape nicotine liquids, but it’s certainly a step in the right direction.