Vaping Post
Home Society It is not a campaign, it is a war the FDA is... 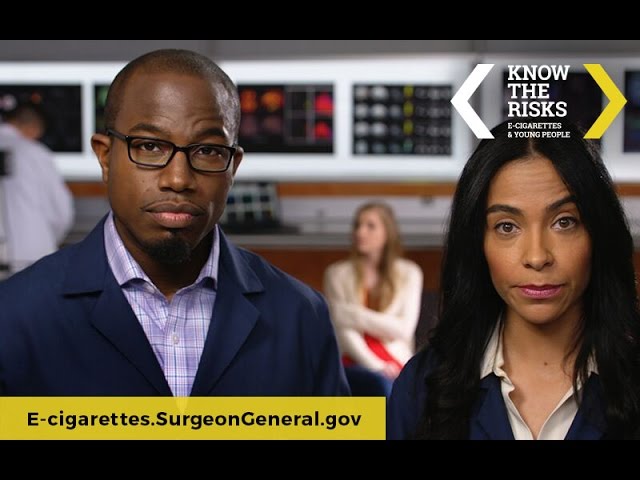 Which may damage adolescent’s brain development, e-cigarette use or nicotine?

In a short clip the FDA claims that nicotine can harm teens. The message is clear: using an e-cigarette may damage adolescent’s brain development.

Dr Vivek Murthy, the US Surgeon General also declares “your kids are not an experiment”. And on this point, Dr Murthy is right because no adolescent human has been involved in clinical studies with nicotine. The animal model used by researchers and on which Surgeon General Murthy elaborates his conclusions is the rodent [1].

The last US Surgeon General report was limpid on the fact that the e-cigarette shouldn’t be used by teenagers. Nobody seems to contradict scientific conclusions that the use of any nicotine products may also have negative effects on adolescent humans [2] but everyone wonders why this is put to question right now.

The ingestion of nicotine seems unavoidable for a significant subset of the youth (∼25%, constant between 2011 and 2015) [3] despite all anti-tobacco campaigns and harsher regulation of tobacco products. Hence, with more teenagers vaping, the e-cigarette is seen by some experts as a less dangerous alternative to cigarette smoking for nicotine uptake by this subset.

What are the risks of e-cigarettes to teens? Learn more from @Surgeon_General: https://t.co/6vTLumCnk3

in an ideal world teens would not vape or smoke but if a teen is likely to smoke surely it is better for them to vape especially if they use 0% nicotine juice as many do.
e-cigarette use needs to be measured in perspective to the alternative, unfortunately when I started smoking at age 13 there was no alternative and I only wish that e-cigarettes had been available then as I would probably never had smoked at all.

This is outrageous. Never has the U.S. Had so many in the highest ranks of their field with such blind ignorance or willingness to accept funding from corporate interests. Quite frankly, has the U.S. ever has such a corrupt Surgeon General? This is pure corruption, he is the one parents need to protect their children from. Shortsighted & greedy