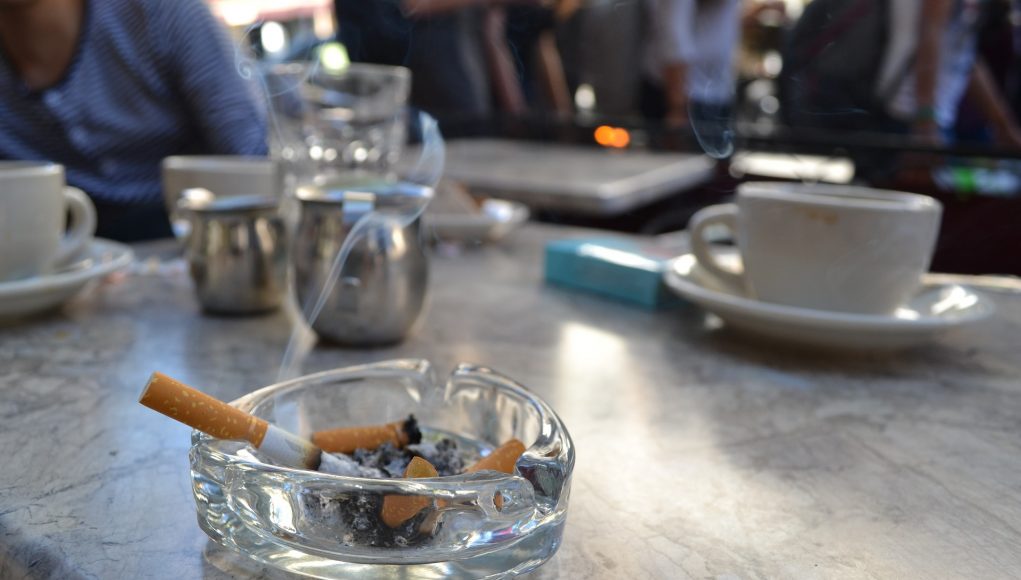 The authors calculated that a typical 40 year-old smoker will have experienced 1–2 million trials during which the rewarding effects of each trial has established a ritual. First rank conditional stimuli (CSs) of this ritual are hand-to-mouth action, visual cues, sensorimotor cues of inhaling/exhaling, throat hit, flavor/smell, and secondary CSs are, for example, location, time-of-the-day, preceding or concurrent activities, social context, internal/emotional cues.

Smoking is then a long-term learning process during which the smoker has trained his brain to CSs associated with nicotine consumption. Getting rid of those reflexes is tricky but for the authors, e-cigarettes are good at mimicking the most important conditional stimuli related to the act of smoking. Craving reduction effect of vaping, demonstrated by previous research is not put to question, here. Hence, vaping creates a sensorimotor experience that is substantially similar but not identical to that resulting from smoking. The question to which the researchers try to give an answer is which particular aspects of the ritual of smoking are responsible for this craving reduction? Craving reduction is pivotal in the debate of the usefulness of e-cigarette for smoking cessation. While some argue that the best way to quit smoking is cold turkey, the results of this study showed the importance of nicotine containing e-cigarettes to reduce craving for tobacco cigarettes. But the interactions between the presence or absence of nicotine and other factors were also tested, in particular e-cigarette handling, inhaling/exhaling and visual cues. Against all odds, effects of aroma did not seem to affect the cigarette or e-cigarette cravings.

The team of Belgian researchers, Martijn Van Heel, Dinska Van Gucht, Koen Vanbrabant, and Frank Baeyens examined the impact of four variables pertaining to the use of e-cigarettes on cravings for tobacco and electronic cigarettes: nicotine level (0% vs 3.6%), the sensorimotor component (e-cigarette handled by participants versus held by a unipod), the visual aspect (no visual restrictions versus blindfold), and the aroma (“Regular Tobacco” versus “Bad Apple” flavor).

The induction of craving was successful after an overnight abstinence period

The experimental set up consisted in lab sessions to assess the effect of a five minute vaping period on craving following an overnight abstinence period (confirmed by exhaled CO analysis). The 81 participants were regular smokers who trained with e-cigarette during the week prior to the experiment and the design reproduced 16 experimental conditions. A statistical model was used to analyse the relative strength of each condition in combination with one or two other conditions. Craving was evaluated with two tests: TCQ (Tobacco Craving Questionnaires for cigarette and e-cigarette) and VAS (Visual Analogue Scales).

The e-cigarette model that was proposed to participants was the American “Fling” disposable cigarette with 0%, 2.4% and 3.6% nicotine strength and a PG/VG of 80/20. Two flavors were used, regular tobacco and apple (that disappeared from their catalogue since the study, carried out in 2014).

Regarding handling and visual cues, a possibility remains that the TCQ and VAS do not address the same aspects of craving, leading to an unbalanced result from one test to another and counterintuitive or surprising results. The TCQ was found to provide equivalent results as the French version, FTCQ. Since the participants had been recruited in the Dutch-speaking part of Belgium a question remains as to whether the Dutch version was equivalent to the French or English versions?

The experiment aimed at replicating earlier findings and was successful for most anterior studies. It also showed original findings pertaining to flavors. While most argue they vape because of the wide variety of flavors, about 8,000, this finding is very surprising. It may indicate that the flavor component of vaping is not crucial. The authors however noticed, when discussing with participants, that the ressemblance of e-cigarette flavors with known natural ones was not achieved, especially with the tobacco flavor that failed to mimic the flavor of real smoke.

Another major limitation was the check for the abstinence of nicotine uptake during the abstinence period. The participants could be tested for being abstinent with smoking tobacco cigarettes thanks to CO measurements, but the test couldn’t assess whether participant had vaped or not. Besides the statistical performance of the tests with only 81 participants, the authors are cautious with the generalization of this laboratory result to everyday vaping.

How long does it really take to get used to vaping?

Finally, the initiation period of one week during which participant trained with e-cigarettes may have not been sufficient to fully develop their sensibility to the hardware – or the hardware, a cigalike, failed to provide enough feeling compared to tobacco cigarettes? This would help understanding why counterintuitive or unexpected findings showed up in this study.

However, no robust scientific conclusion assessed the minimum period required for a smoker to adapt to vaping. This last point leaves open wider research possibilities in this domain.

While flavor may not satisfy a craving it’s an extremely important factor… I vaped the same mg juice in Cherry and Menthol before finding my flavor, the Cherry and menthol didn’t work for me it was only once I had the flavor that I enjoy could I quit..

Having quit only 3 weeks ago after 37 smoke filled years, I find myself thinking of cigarettes if I don’t use nicotine liquids. I bought a bottle of nic free liquid to try, and found, while this particular flavour is delicious, it is just not satisfying. I have certainly found the nicotine reduces the cravings in my case.