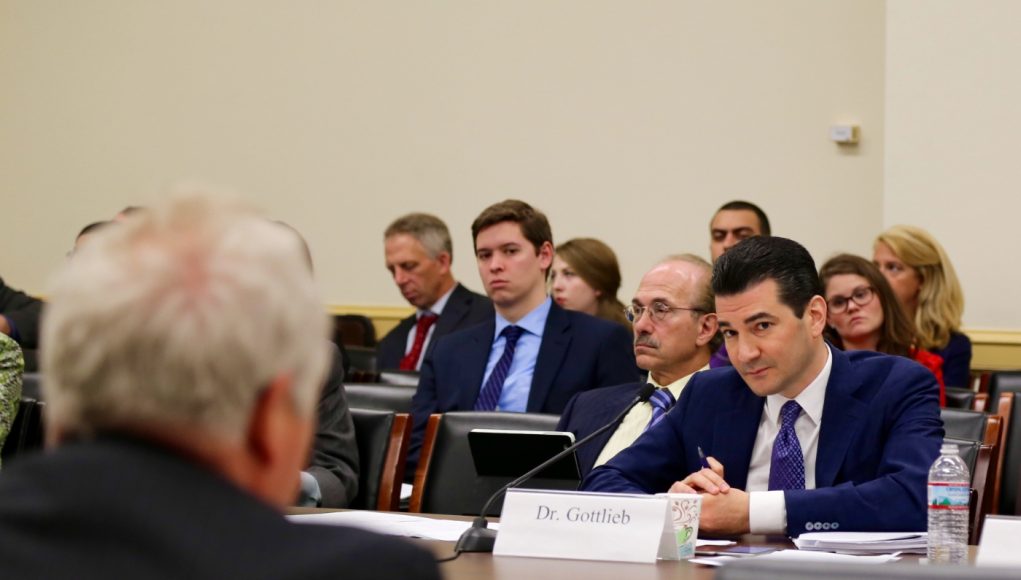 In an agency where the predominant culture of control stifles innovation, Dr. Gottlieb would be in a position of effecting life altering changes, by amending the FDA’s drug-approval processes, and implementing a plan to achieve Trump’s goals to dramatically cut regulations governing food, drugs, cosmetics, dietary supplements and tobacco.

Gottlieb has served on the boards of five pharmaceutical companies in recent years, including UK-based GlaxoSmithKline
A resident fellow at the conservative American Enterprise Institute think tank and a partner at a large venture capital fund, between 2005 and 2007, 44 year old Gottlieb was FDA deputy commissioner for medical and scientific affairs, and is known to have frequently advocated for reducing the requirements needed to approve new medical products. He is also well known at Capitol Hill for having testified a number of times about health and drug pricing matters.

“Scott knows how the agency works and he will move it forwards, though maybe not always in ways the agency is comfortable with,” said John Taylor, a lawyer and president of compliance and regulatory affairs with the consulting firm Greenleaf Health and a former acting FDA deputy commissioner.

Big Pharma likes him. Should we be concerned?

Gottlieb has earned over $400,000 directly from Big Pharma between 2013 to 2015, mostly in consulting fees.
A survey conducted by Mizuho Securities USA Inc of 53 pharmaceutical executives, found that 72% were in favour of Gottlieb over any other candidates. “He will be a pragmatic leader with an eye toward both expedited approvals and safety,” said one of the executives.

An article published yesterday on Vocativ, referred to him as “a venture capitalist who has funded many medical startups, Gottlieb has long had a vested interest in the drug industry.” The article points out that the potential new FDA head has served on the boards of five pharmaceutical companies in recent years, including UK-based GlaxoSmithKline.

Additionally, according to data from Open Payments, a federal program established by the Affordable Care Act that tracks financial gifts doctors receive from drug and medical device companies, Gottlieb has earned over $400,000 directly from the industry from 2013 to 2015, mostly in consulting fees.

“Dr. Gottlieb is someone who has an unprecedented web of financial ties and conflicts of interest to the pharmaceutical industry.”Dr. Michael Carome, Director, Public Citizen’s Health Research Group

“Dr. Gottlieb is someone who has an unprecedented web of financial ties and conflicts of interest to the pharmaceutical industry,” said Dr. Michael Carome, director of the Public Citizen’s Health Research Group.

Gottlieb who has so far declined to comment on the pending nomination, was chosen over Jim O’Neill, the libertarian investor and PayPal co-founder who now advises Trump on technology and science matters.

What is Gottlieb’s stance on vaping?

Many are hopeful that the industry may benefit under his leadership. After all, the American Enterprise Institute of which he is part, has consistently stated that there is no evidence that proves vaping is as dangerous as smoking.

Most importantly, in an article he had written for Forbes back in 2013, (pre deeming rule), he seemed to approach the topic of vaping regulations in a neutral and rational manner.

“Scott knows how the agency works and he will move it forwards, though maybe not always in ways the agency is comfortable with.”John Taylor, President of compliance and regulatory affairs, Greenleaf Health and former acting deputy commissioner, FDA.

“FDA was to create a path to enable cigarette makers to transition away from smoked tobacco and win government approval of consumable products that used tobacco but presumably harbored less, and perhaps even none of the health risks posed by smoking. When this quid pro quo was pushed through Congress, the industry’s critics and allies each positioned it as a win-win. But it was dependent on FDA being able to establish – and maintain – a regulatory path that let tobacco get approval for new products that posed a “reduced harm” over traditional smoked cigarettes.” wrote Gottlieb four years ago.

Unbelievably helpful article Diane. This is going to influence a lot of opinions and it is amazingly well-researched. That must have been a time consuming effort. Regardless, I’m very impressed and grateful you covered this topic so well. This is all such crucial information the public should be getting reported to them. This was motivational for me to remember that writing should be viewed as a public service, especially given these particular circumstances. Thank you & xGreat job. Keep it up!