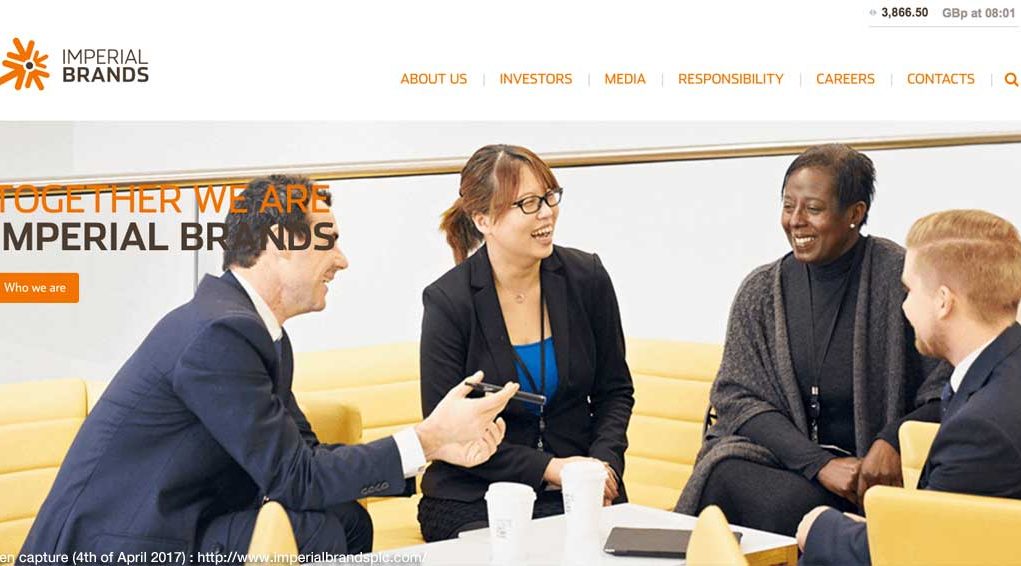 Chief executive Alison Cooper said that the full-year guidance remains on track despite the fact that sales in the first half have been “driven primarily by a deterioration in industry volumes following strong industry volumes last year”.

Analysts are speculating that Tokyo-based Japan Tobacco may attempt to purchase Imperial.
Last November, management announced a plan to invest £300m in its “growth and specialist brands divisions” in 2017. “The early results of our investment programme are encouraging, with improved market share trends in many of our priority markets,” said Imperial.

Since the investment is being mainly made in the first half of the financial year, lower revenue and profit is to be expected, and the second half is expected to be stronger.

Rumours of a merger with Japan Tobacco

An article published last week on Bloomberg, said that as Tokyo-based Japan Tobacco’s domestic market keeps diminishing due to the harsh competition faced, analysts are speculating that the tobacco company will attempt to purchase Imperial.

“We will continue to take a number of strategic initiatives to strengthen our brand equity, geographic reach and emerging products to attain sustainable profit growth in the mid to long term,” said spokesman for Japan Tobacco, Masahito Shirasu, whilst declining to comment about the rumours related to possible future deals with Imperial.