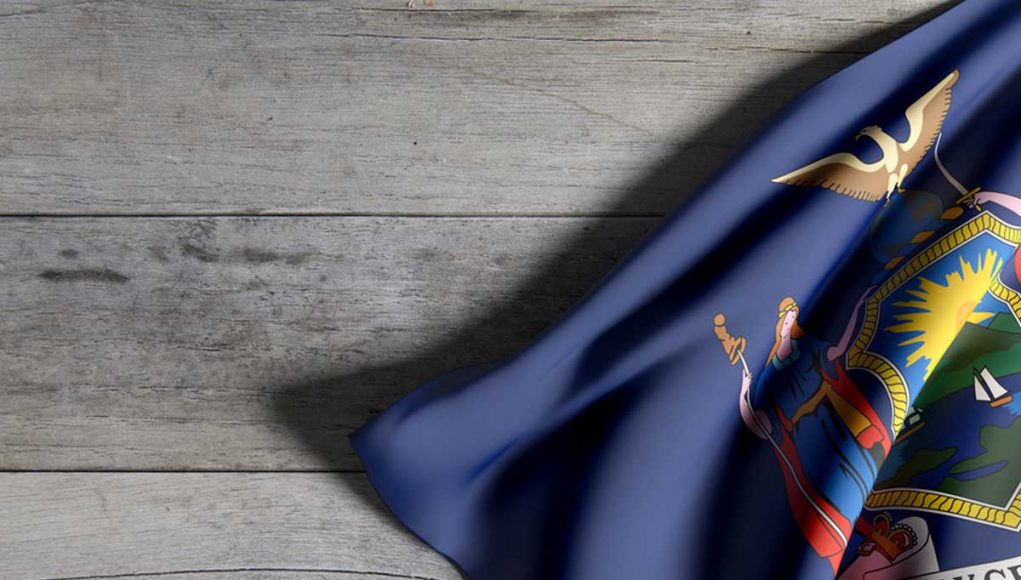 Anything Could Happen in a New York Minute

Recently on Vaping Post, in a brief story titled, “Welcome to NY, where Dreams get Vaporized,” we discussed the current budget proposal in the state of New York. The budget unfortunately proposes another unnecessary tax hike, much like the same scenario currently affecting the PA industry as well as threatening the future of Ohio’s industry. Included in this proposed NY budget is to raise the age to 21 to purchase vapor products.

However, what seemed most disturbing was the fines for consumers having more than 100ml of e-liquid in their possession. Yet, this proposal failed to meet the deadline this past Friday. Is this good news or bad news? Seemingly, the best and only way to get the most accurate information was to interview members of the New York vapor industry who are also strong advocates for vaping.

We need to hear the voices of those within the industry whom this proposal will ultimately create consequences so damaging, there may be no chance of ever recovering a once-promising independent sector of the vapor industry. The very sector these politically implemented and economically motivated proposals are deliberately targeting the heart and soul of the industry – the vape shops. According to many business owners and consumers, this form of governance is getting out of control and becoming quite offensive.

Statement from Manager of Clouds Over Canton Vape Shop

“We in the Vaping industry pride ourselves on not just being a healthier alternative, shown by recent studies to be true, whether those is office want to believe it or not, but also an affordable alternative to that of toxic, cancer causing tobacco products. The laws and taxes looking to be implemented would not only change that, but double prices, making it unaffordable for many who look to lead a healthier lifestyle and shy them away from these life saving products forcing hundreds of small business to close their doors putting thousands of New Yorkers out of work. Included in that is language that would ban Vaping where smoking is not allowed again forcing those who seek to lead healthier lives to again be exposed to the toxic secondhand smoke filling specified smoking areas making the decision even more difficult for those looking to quit cigarettes.”

Vaping Post had the chance to speak with the Manager of a New York Vape Shop “Clouds Over Canton,” who is also a highly active vaping advocate, his name is Ryan Hyneman. From an interview style centered around developing an organic discussion then suddenly transitioning into a Q & A session, Mr. Hyneman gave us an update about what is actually happening in the state of New York as he is a citizen of New York working in the independent sector of the innovative vapor industry.

Hyneman states, “It appears the NY state budget bill didn’t meet the deadline and was extended through the weekend. The State Assembly keeps rewording language, shifting it, hiding it in other parts of the bill to try and sneak it through – but the state senate isn’t having it!” says Hyneman.

Ryan continues, by clarifying, “The 75% wholesale tax is still in the language which would cause the same effect as the 40c per ml tax and close every shop in the state since this would force shops doubling their prices. If the budget is not finalized by the weekend, they will go by last year’s budget bill until May and put it back up for another vote. Regardless, this battle is far from over.”

Mr. Hyneman told us, “From my knowledge, Assemblyman Brian Curran is opposed to the language and Assemblywoman Addie Jenne has asked for a sit down with us at “Clouds Over Canton” and we’re honored to accept.”

Ryan proceeds, stating, “What I’m hearing is assembly reduced the tax to 10c per ml, senate doesn’t want any tax at all, assembly changed the fine from 100ml to 500ml so if you’re caught carrying more than 500ml you can be fined, 75% wholesale tax, looks like they’re leaving the age at 18 and I haven’t been able to find if they’re still adding Vaping to the indoor clean air act making it illegal to vape where smoking is banned.”

Due to all of the useful feedback acquired throughout our natural social-interactive communication. Our constructive conversation was followed up by inquiring through a more direct Q&A styled-approach as seen below.

Are you aware how many NY State Assembly members oppose this tax hike?

A: “At the moment I am not sure of exactly how many assembly members are opposed to the tax hike, or the language in the budget bill entirely, but I do know of at least one Assemblyman who is totally opposed to the language and another Assemblywoman and State Senator who has requested a sit down to discuss this issue at length, regardless of the outcome.”

Do you know which assembly members are orchestrating this proposal? In short, who may be supporting this?

So what is the mood of the local Vapers in NY?

A: “Fear, outrage, anger at the ignorance of those who think by implementing these taxes and laws that the industry in NY as a whole won’t crumble under the weight.”

Is Clouds Over Canton the only shop to have been invited for a sit-down with Assembly Members?

A:He tells us, “I’m not sure how many they plan to meet with in total – I do know that one has requested a sit down with the managers from our stores as representatives of our area.

How are vape advocates responding in New York?

A:“Some just don’t care and say “Well what ya gonna do? I’ll just go back to smoking.” If we can get this language removed and show vapers that if we just speak up, we can change things. I think that would be huge throughout the community.” We agreed.

Are you aware of any of the changed language regarding vape taxation, any specifics?

A: “One thing I do know is, on the Senate side of this proposal, they have completely removed the tax language from the bill. The assembly side however has reworded and reworked the language entirely, covering all Vaping language from the tax, to the fines for carrying commonly used amounts of eliquid, to adding Vaping to the Indoor Clean Air Act, all of which is preposterous.”

Mr. Hyneman concludes by sharing, “While, I do not know how exactly it has been reworded, I do know that it has been hidden within other language within the proposal and the Senate isn’t accepting that irresponsible action, which has again caused this proposal to go without agreement and put into an extension period throughout the weekend. Governor Cuomo will be releasing statements probably after midnight Sunday and Monday morning and probably every day of the week.”