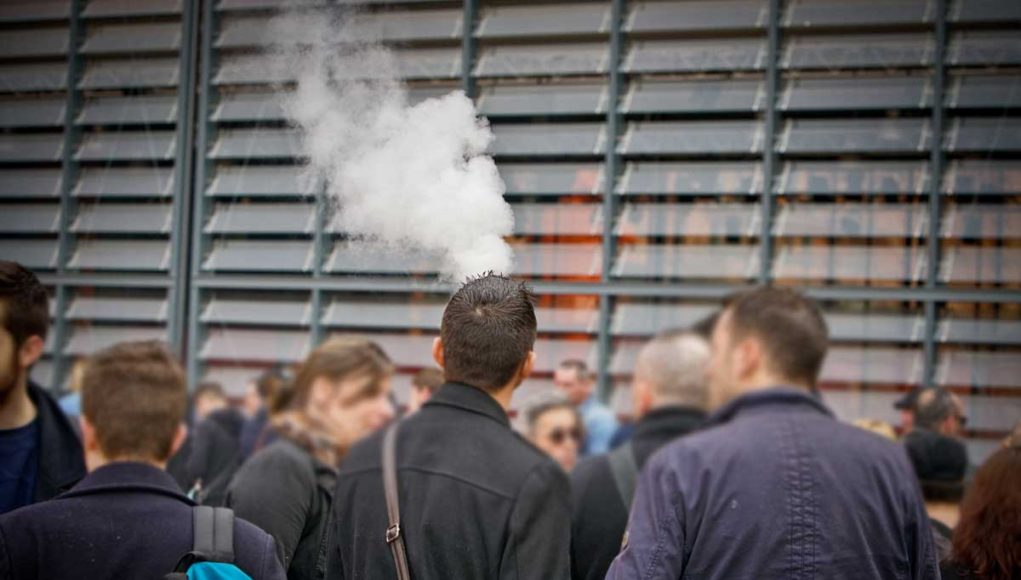 In the initial text of this HR 2194 bill which was very recently introduced to the House just days ago. With overwhelming support coming from AEMSA along with the Electronic Vaping Coalition of America (EVCA). Regardless, it’s still essential to hear everyone’s interpretation – whether they represent an organization or just themselves as an individual.

Furthermore, Vape Advocates have voiced a number of concerns about this new “Replacement” initiative set in motion by more parties than simply Representative Duncan Hunter. It’s been a team effort indeed that has built this legislation.

After questions are asked, many advocates shared their concerns from individual conversations over the past few days. “Repeal” and “Replace” are 2 words U.S. Vapers have been hoping to hear, so this process of doubting such Legislation is not enjoyable, but asking questions is always necessary.

Why would this repeal & replace proposal be cause for concern? Let’s just say these advocates, from all walks of life, have always been thorough when analyzing the fine print and always had the industry’s best interest in mind as well.

Before speculation takes over your mindset, we must first reflect on what individual advocates have to say about what they found in their research. What is uncovered is crucial to reflect on even further, here is what one advocate, who chooses to maintain anonymity had to say about Duncan Hunter’s Legislation.

One highly-involved advocate said, “Duncan’s bill is going to ban all devices that use 18650s, ban all mech mods, impose fines and jail time for ANYONE that DIY’s juice or mods, and defines Vaping as less safe than patches or gum.”

Example directly from the HR 2194

(d) Penalties.—Any person who violates a provision of subsection (a) shall be imprisoned not more than 3 years, fined not more than $10,000 (notwithstanding section 3571(e) of title 18, United States Code) for each day on which the violation continues, or both.

Pause. Sigh. Wait a minute. What?

Well, that is exactly what is stated in this bill and it is all surely a cause for concern. Jail time for DIY? That entire concept is outrageous and absolutely unacceptable.

As Vape advocates jump on the Duncan Hunter’s HR 2194 bill “Bandwagon,” please be advised to read the legislation in it’s entirety. It’s not too much fun when reading H.R. legislative bills and often these proposals made by political servants are vague and misleading – creating mass confusion and misinterpretation. Yet, a thorough examining of the details is necessary.

Clearly, politicians do this as a strategic move in order to allow laws to be made that will more than likely create an advantageous situation for financial interests.

Be patient because understanding everything the “replacement regulations” have to offer is just as important as what it could be taking away.

With Cole-Bishop HR 1136 supporters beginning to lean towards a “Repeal & Replace” legislation, it is vital to focus on what exactly is being replaced. All advocates surely agree with an overall repeal, but the actual detail lies in what will be the “replacement.”

Many Vapers and especially advocates would settle for anything the community can get to counteract the FDA regulations at this juncture. Any replacement would be better than what is currently installed by the FDA.

However, if we’re going to go for a complete overhaul of the current FDA overreach, we must guarantee it sets safety standards of course, but we cannot allow a replacement of 18650 battery devices. Not to mention, there are countless DIY professional and hobbyists who may not be too keen on the idea of a possible fine and jail time for continuing their business.

It is absolutely crucial to remember the Cole-Bishop legislation is not dead, it is still alive and well. So, the Cole-Bishop HR 1136, the standalone bill is still certainly a possibility for October’s Federal Budget via negotiation/vote.

Congressman Hunter’s Legislation is literally what many refer to as “sensible regulation,” covering most of the replacements that advocates have been calling for since the very moment any doubts about the effectiveness of Vaping. Yet, the picture perfect Legislation tends to feel slightly blurry after closer examination, there are a few critical stipulations that would not necessarily be categorized by advocates as being 110% “sensible.”

Things are never as they seem, especially in the American political arena. While the HR 2194 bill may paint a pretty picture, it may also be too much of wishful thinking. Is there far more vague language included in the bill that we do not see at first glance?

The Brightest Side of Repeal & Replace

Then again, while there are some stipulations in the Hunter Legislation that many Vapers would not agree with. One thing we could all appreciate is that it would rid our Industry of the nonsensical FDA deeming rule – allowing tens of thousands to remain employed and small businesses will no longer fear their livelihoods becoming ex. Thus saving the Industry from prohibition.

The Director and Founder of the Electronic Vaping Coalition of America (EVCA) Mark Block, has been traveling the U.S. promoting the “Repeal & Replace” legislative option. In fact, just this weekend in New York, Block spoke to Vapers at an event stating, “if you have problems with the Duncan Hunter bill, then tell us what they are.”

Well, that sounds like an honest approach, Mr. Block makes a great point. So if you are a vaper and especially an advocate, then do what you do best: make some calls and make some demands before it is too late. This legislation would be a perfect solution minus those particular features of concern. So pick up the phone…now.

No matter what the true reason is for the timing of this legislative move, for the sake of maintaining unity and avoiding drama, let’s just assume this bill was introduced directly following the exclusion of Cole-Bishop from the Federal Budget out of pure respect for all those involved with laying the groundwork surrounding HR 1136 that had already built a strong momentum towards progress.

Is it likely that this legislation could all merely be “hype” and nothing more? Or, is it becoming a representation of “hope” for U.S. Vapers and all the speculation should become nothing more?

In hindsight, Hunter’s plans and ideas that he and his constituents are propose, expose and impose are noble regardless of the intent? If no one will, we will continue to be heavily regulated still.

Hey Tony! Just wanted to let you know that your articles were brought up during the latest Vaping Legion show on YouTube. They interviewed Mark Block, Linda Hansen, and Larry Flick. You may get some answers from watching it about the timing on the introduction of HR 2194. Larry even gave his email to contact him about any additions to it (sorry I didn’t catch the email), as he can also bring it up to Hunter, himself. https://youtu.be/BTVJfHMtc28

Thanks so much for reaching out! And most of all, thanks for being involved with this very serious subculture we refer to as vape advocacy. Regarding your comments, my response is: Yes, I did happen to see that – as you are one of many good folks who made me aware of this just recently. Very much appreciated for all who brought this to my attention as I find it necessary to keep in touch with every level of advocate, whether they are consumers, organizations, business owners, etc. it is vital to keep the lines of communication open and the information freely flowing.

Also, thanks for letting me know about contacting these individuals as it is also necessary for their perspective to be heard – just as necessary as it is for all advocate’s concerns to be appropriately addressed. Regardless, I’ve already contacted them, but I have not heard back from anyone…yet. Though, I’m assuming they will kindly contact me at their convenience. Therefore, I would very much like to allow them a chance to speak about their position that I can later communicate properly to the Vape Community with a positive light.

Not to mention, I would very much like to thank them for the work they’ve done on introducing an opportunity for a “Repeal & Replace” option of the FDA deeming rule. If anyone reads both parts 1 & 2 on this topic, it is quite clear, I’m merely communicating to my Vaping Family some concerns that have been shared with me – this is simply what is required of me as a writer, since a lack of communication in this Industry would lead to a point of no return.

Furthermore, I’m actually very pleased that this article was able to reach those who are so passionately involved with the actual legislation. I’m so glad to see The Vaping Post associated with generating some dialogue around important issues regarding ambitious legislative matters – as this particular site will continuously and eagerly provide the most up-to-date information on the most significant topics in the vaporsphere – which in this case, the issue is NOT “misinformation” (something the vape Community has become targets for). The issue is, in fact, that a number of reputable Vaping Advocates simply have some questions they would like answers to. All in all, thanks for your suggestions and please come back to visit VapingPost as this topic obviously will be an ongoing regular feature #vapeadvocacyisourduty.

Hi Tony! Thanks for the quick reply! I read both parts of your article and think you did a great job! I understand that many prominant advocates have questions, as well as myself. I’m glad that you were made aware of the video and were also able to contact the EVCA and Larry. I think that you will do an excellent job communicating to the vaping community what can be done and clear up any questions about Hunter’s legislation. I always look forward to your articles! 🙂

Thank you, much appreciation for the kind words. I’m hoping we can clear up the confusion and address all the primary concerns with the legislation. I think the Hunter bill is a very ambitious and courageous attempt at reform. Of course, many still seem perplexed by the language included in the bill, so I’m hoping to talk with Larry soon so I can hear his perspective in order to properly communicate their explanation to the community. Keep an eye out for a follow-up article! Thanks again