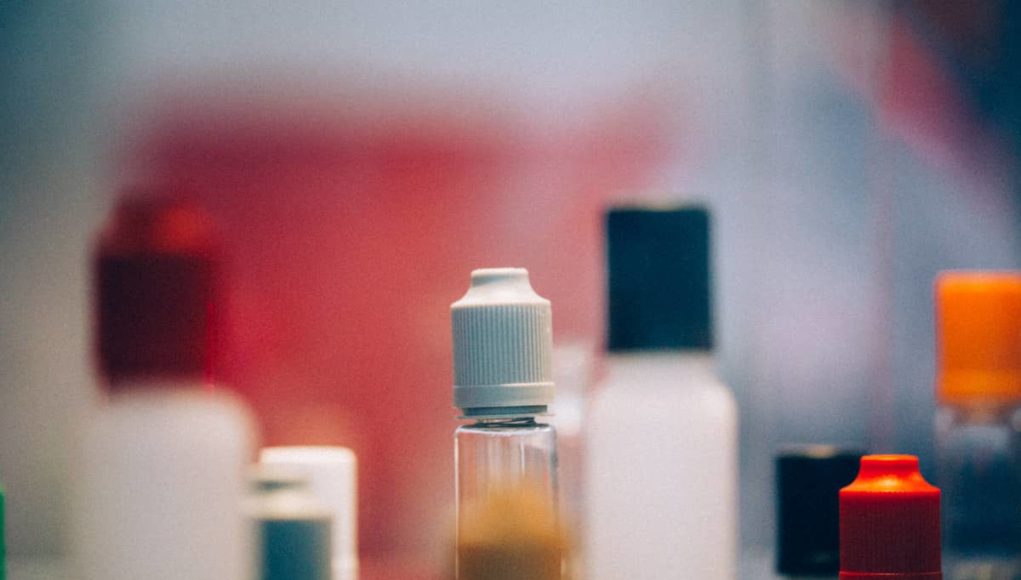 Now that is amazing to even learn of. It is impressive when Governor Christie actually does something good for the people of his state. Seems slightly uncharacteristic, as Governor Christie tends to be the punchline of most political jokes. Yet, often times it is for his appearance, still the majority of the punchlines are derived from his unorthodox decision-making and his unfavorable methods of governing the people of New Jersey.

However, New Jersey vapers and all vapers for that matter, would likely agree that Christie’s decision to carry-out the back-to-back veto was a smart move and wise decision. Thus, a type of level-headed, logical governing, rather than his usual irrational tirades.

Then again, considering all of this information, you would think that Governor Christie  might resist the urge to sign the Tobacco 21 bill into state law, but there was no veto this past summer. Tobacco 21 seems to be the only victor in the war on vapor.

New Governor to be Elected Soon

Nevertheless, New Jersey will be voting for a new Governor soon and Chris Christie is not campaigning for re-election. Therefore, this could be a horrible outcome not only for New Jersey Vapers, but also for any vaper and any resident of New Jersey – as this “Flavor Ban” tactic by the anti-vape establishment is a direct threat to public health.

At the same time, those who are “in-favor of no-flavor” have a message that they want to be heard on. A message that got this Tobacco 21 law passed. Guess what it is? One guess could be: “Save the Children,” perhaps?

Yes, exactly. Once again, an abused political tactic since the dawn of the Enlightenment era is utilized as a shield to hide behind — the children. It just so happens, teens and other kids technically have no rights in a sense. Also, no voice

Some of these flavor ban supporters may indeed believe they are “thinking of the children.” However, if they knew the proper information and facts about “vaping” and were not being bombarded with anti-vaping rhetoric, then perhaps they would not be misguided. Wishful thinking? Most likely, as it seems they feel they are doing this as a duty to preserve the “Moral Majority.” Maintaining the “culture wars” that have been on &’off again since the beginning of the 20th Century. These crusaders &/or “wannabe regulators” are unfortunately missing the big picture. Or can they see the big picture and choose not to look? It’s very difficult to interpret their rationale.

“Think of the children” or “What about the children?” is a cliché that evolved into a rhetorical tactic. Literally it refers to children’s rights. In debate, however, as a plea for pity, used as an appeal to emotion, it is a logical fallacy.”

“It is very easy for media and politicians to play the “it hurts kids” argument to get a law passed, regardless of whether the law is good or effective, or even if protecting children is the main purpose of it rather than a dubious spin to rally people’s support in an election year. The fact that kids are far more likely to be victimized by someone already in their lives is conveniently glossed over. If it’s something kids are doing that adults do not fully understand, then it must be EVIL!”

There are many more examples, descriptions and explanations from all sorts of people with far more expertise on this subject such as Psychologists and other Social Scientists. Furthermore, it is highly recommended to research using “Save the Children” & “Think of the Children” in Political campaigns.

However, the equation vapers are trying to communicate is not difficult to comprehend. It’s basis is this: would you rather have teens experimenting with the scientifically proven-to-be deadly cigarettes? Vaping is a form of harm reduction from cigarettes. Vapor Products are not smoking products, vapor products are tools for smoking cessation and nearly 95 times less risky. We all know these facts.

Why is this concept so difficult to comprehend? Probably because they don’t want to believe it. They don’t care, they see whatever they see and believe it is what it is. Or, perhaps there is a much larger economic warfare tactic in motion?

Many of those in the Tobacco Control Industry are merely just trying to preserve their careers, but they are also spreading so much misinformation, it is affecting our public’s understanding of our social reality. Perhaps that is all part of the plan.

Besides, consumers are far more efficient as obedient, emotionless and hopelessly depressed individuals who have no association with other people, choosing to consume as much as they possibly can, somehow feeling as if the constant consumption will allow them to fill the emptiness inside. Trust this depiction, it describes much of modern-America unfortunately.

If this was truly the case, then of course vaping is a major threat, bringing like-minded working class people together in the same physical social settings –  we can’t have all that, can we? It is greatly depressing, however, to learn that within our societies, just how many actors we come face-to-face with – the biggest manipulators are some of the most active operators.

The leader of the Vaping Legion Advocacy Group, Tristan Thompson, is also a New Jersey resident. Below he provides his opinion on this flavor ban drama in his home state.

“The outlook on the NJ flavor ban in my opinion is not good. For a multitude of reasons. Not in any particular order of course. NIH just came out with a “study” claiming nicotine is a gateway drug and with Chris Christies massive anti opiate campaign thats bad, really bad, as he vetoed the last 2 bans. NJ is the “will someone think of the children” capital of the world. That being said as labels have been used against us to great success in other municipalities, you can bank on them using it here. As I said earlier Governor Christie vetoed the last 2 attempts to ban flavors in NJ, well he isn’t running for re-election.”

Tristan proceeds with his firsthand account and hands-on approach on the entire scenario, by stating, “This is a problem as it throws a gas on the already anti vaping governmental fires burning here. It would be an understatement to say we are facing an uphill battle here. The NJVRC doesnt get anywhere near the support they should and with the abysmal turn out for the last flavor ban hearing, and the bad look of the one before from people using it to promote their brand, its going to be one hell of a battle to save the industry in this state. If they ban flavors shops are finished when enforcement sets in. When the time comes to rally together at the capital all shops, every owner employee and customer should be there in solidarity to show our elected leaders we mean BUSINESS. If we don’t unite and fight this together and settle our petty ideological differences later, we will have failed not just ourselves but the generations yet unborn.” – Tristan Thompson

After reading this statement, it seems necessary to conclude with this and pick and return to the topic when the next dramatic turn in this tragic event unfolds – which will likely be soon.

For those who do not know much about Vaping, please understand that flavors are crucial elements to allowing the act of Vaping to be a true determinant in creating the possible outcome of a smoker quitting. Vaping is not parallel or identical to smoking cigarettes, it is an escape far away from the deadly toxins consumed by chemically-altered tobacco abuse. Vaping saves lives, it should be embraced as the best chance for escape – vapor will ultimately be known for how smoking was properly replaced.