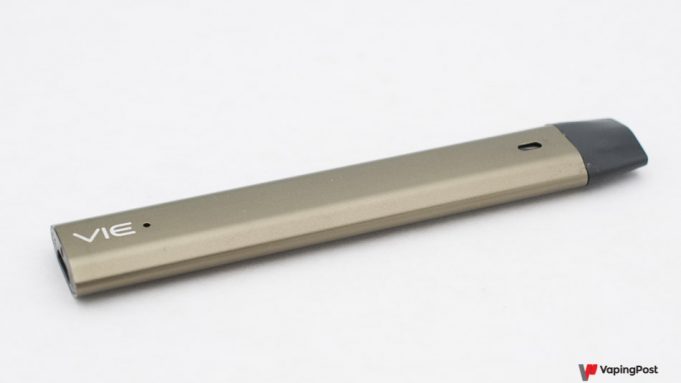 A pod mod is a light electronic cigarette, discreet and simplified to the maximum: a small battery, a small tank, no adjustment, no button, the ignition is done automatically when one inhales.

The maintenance is minimal: the tank contains the coil, when it has done its time, we do not change it, we change the tank itself, and we don’t get our fingers full of liquid.

Some pods have single-use tanks: we buy them already filled with liquid and sealed. When we’ve vaped all the liquid, we throw them away and put another one in. It is the simplest, but it is also more expensive and an ecological aberration. Others, like VIE, have rechargeable tanks that can be used longer. They are therefore more economical and allow more choice of flavours for liquids. 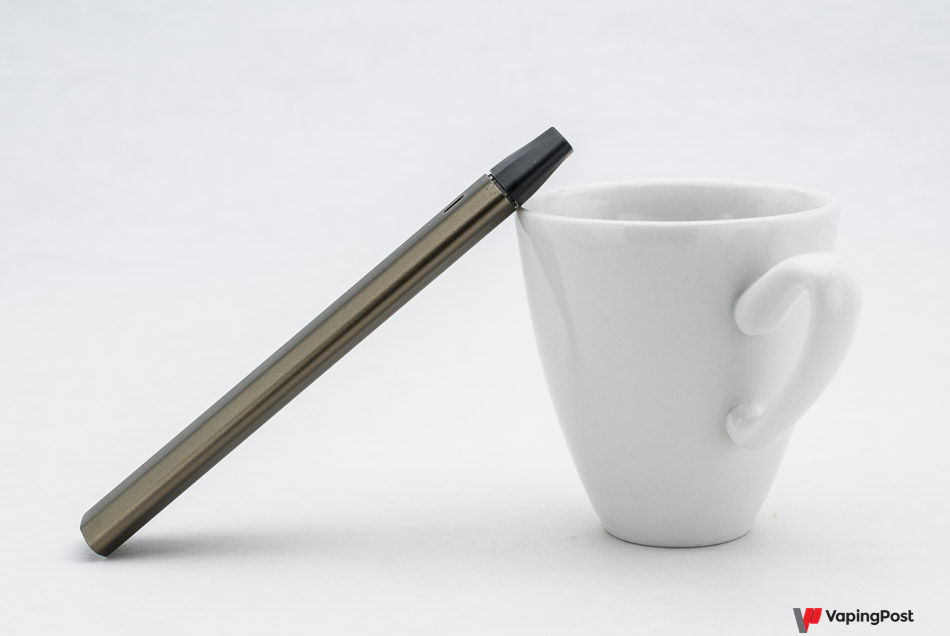 The VIE Pod is a perfect example of what a successful pod should be. With 17 grams and 7 mm thick, it can be held with the lips like a real cigarette. A tight vape, which gives exactly the same puffing sensation as a cigarette. A light, tasty vapour, much better than that of a cigarette (with a good liquid). A throat hit also very close to that of a cigarette, provided that you use a liquid dosed at least in 12 mg/ml of nicotine.

That’s it, that’s a good pod: it’s a thing that allows a smoker to transition from smoking to vaping by almost without noticing it, inadvertently. End of the review, its use is so simple that there is no need to say more! 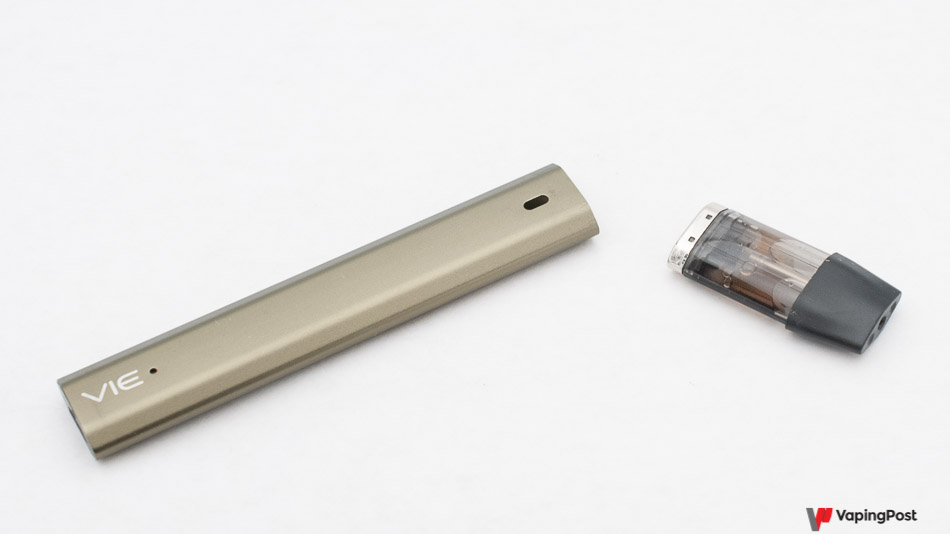 We received the pod in this state: the battery on one side, the tank on the other. All that remains is to insert one into the other. 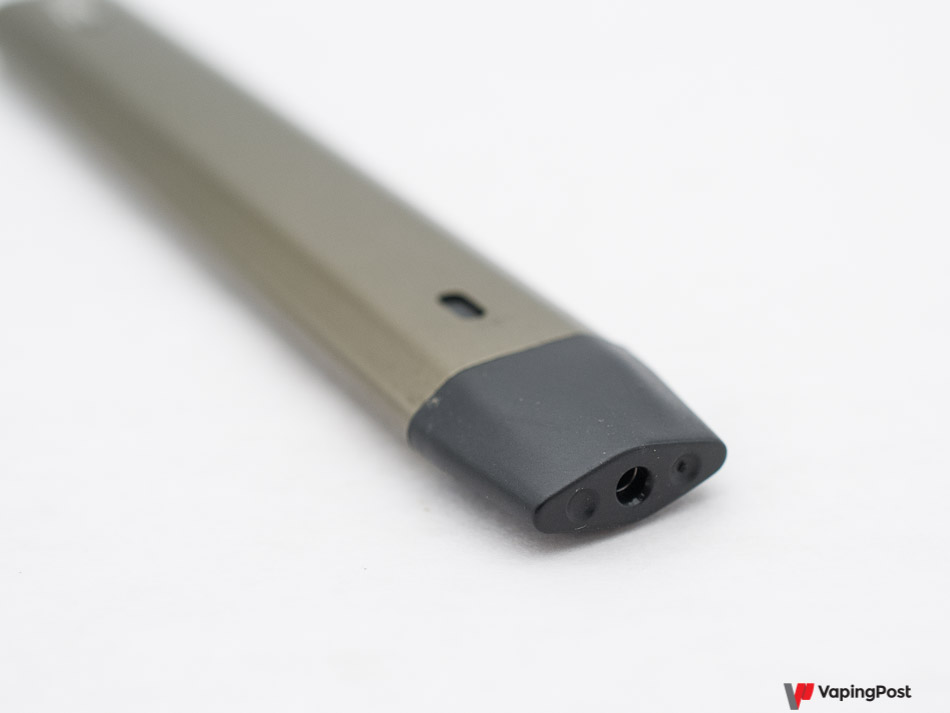 We inhale the vapor through this little hole. Just drag for the pod to start, it is immediate and there is no need to puff hard. 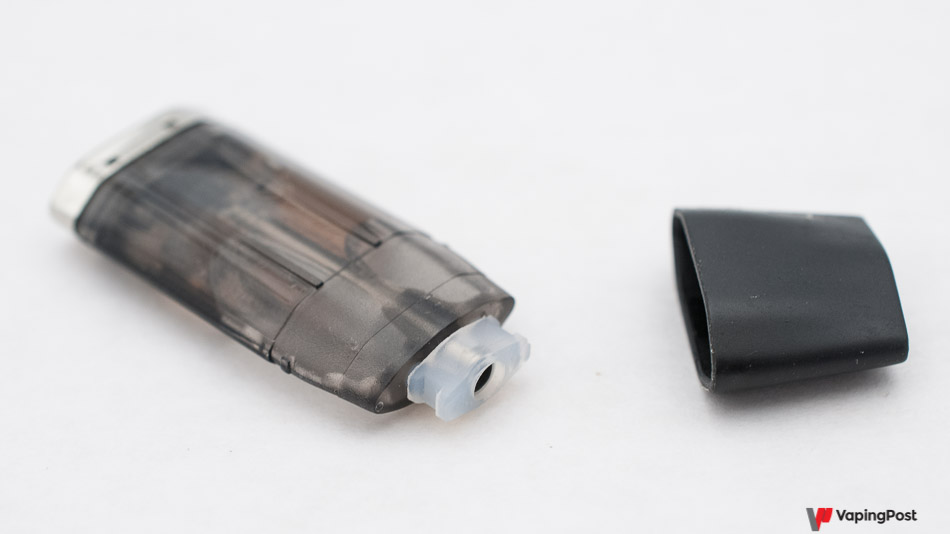 But before you vape, you have to fill the tank. To do this, remove the tip by pulling on it, then remove the small silicone cap… and do not drop it in the grass, we would never find it (#mylife). 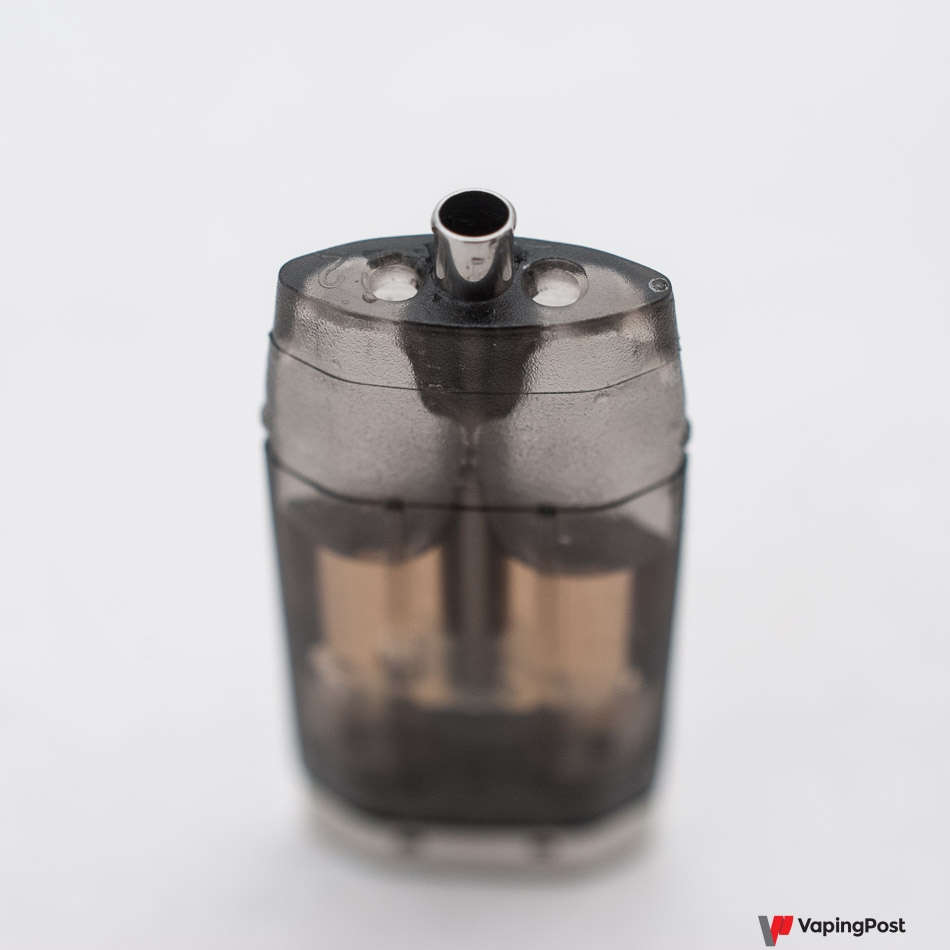 You then discover two small holes, just choose one to insert the tip of his bottle and fill the tank, the other hole allowing air to exit without blocking the filling. I used a 50/50 PG/VG liquid, it works very well. 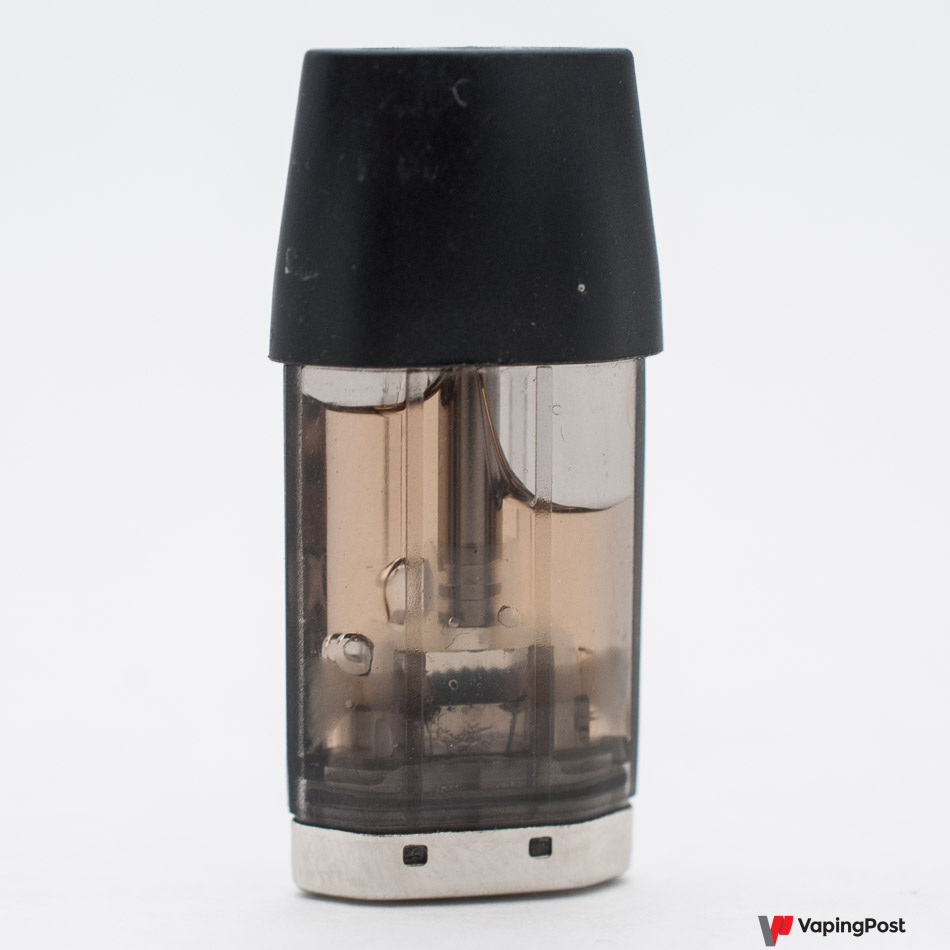 We replace the cap and the tip, we wait 5 to 10 minutes if it is a new tank, the time that the cotton wick is soaked with liquid, and we can vape. And what a vape!

I didn’t expect this level of quality. Let’s not exaggerate, my best MTL rebuildable atomizers do better (fortunately, I would be desperate!). But this pod does better than many AIO or beginners setups I have tried. The vape is tight, the feeling of puffing close to a real cigarette, and above all, the flavors are very well reproduced. And what a pleasure to see a 17-g stick! It should also be noted that there is nothing to prevent you from equipping yourself with several tanks, to fill them with liquids of different flavours, to change them easily!

These three names designate the same pod. BIT was its development name, it was presented under this name following the Vapexpo show in Lille. VIE is its generic international trade name. It is TheFuu which ensures its distribution in France, after having co-developed it with UD, and they decided to call it LYNQ. One can imagine that, depending on the country, it could still take other names. 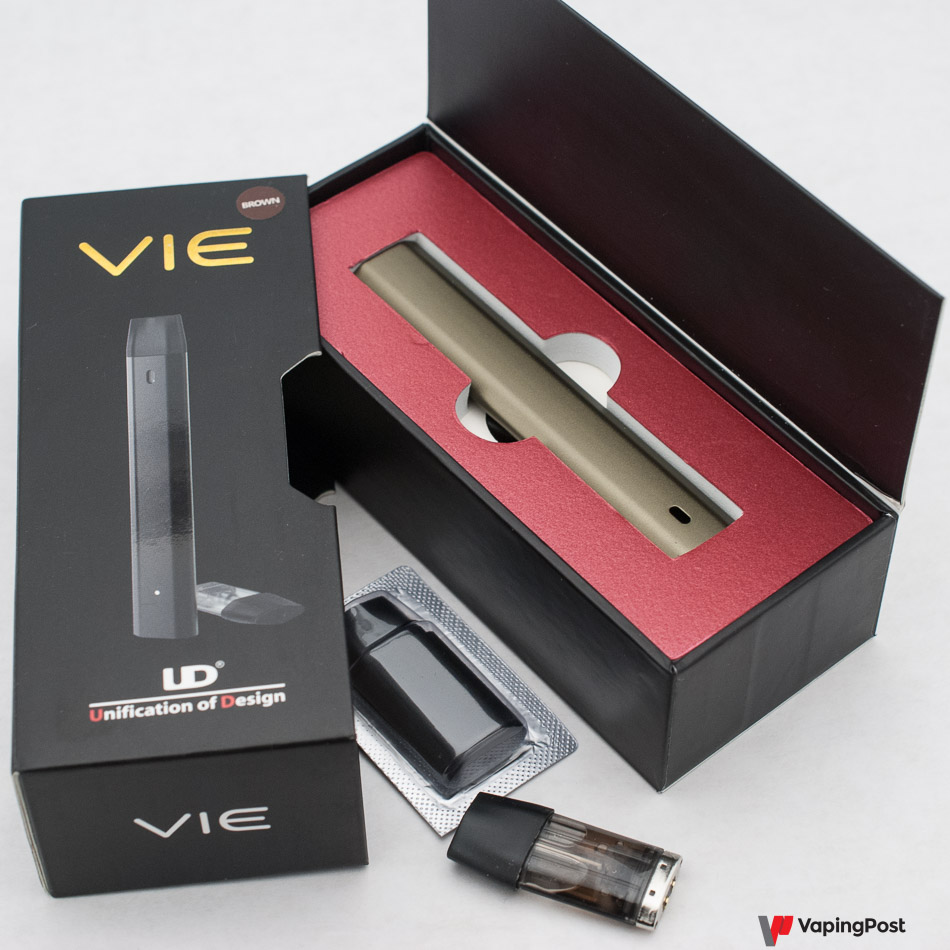 The pod comes in a pretty nice box, which contains… almost nothing in fact: the battery body, two tanks and a USB cable, a short but sufficient manual and in all languages, and that’s all there is no need for more!

The essential characteristics of UD Life 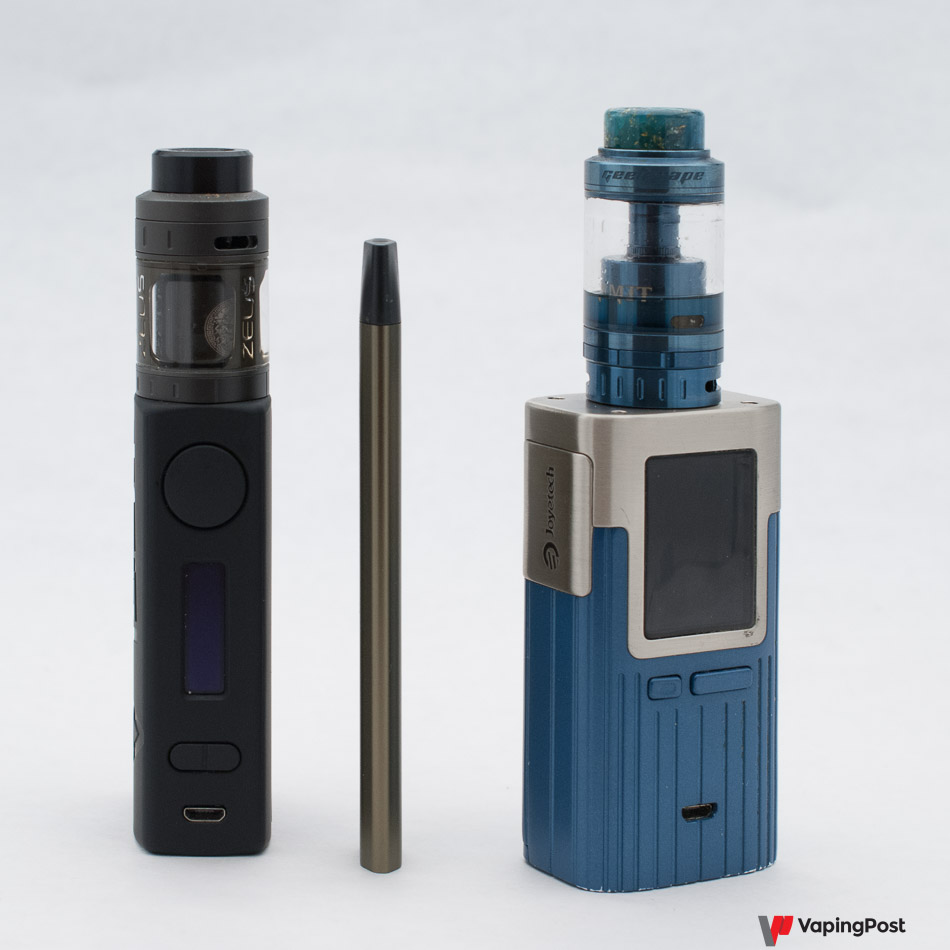 Yes, impressive because, really, Youde did a real good job with that pod.
Look at this, compared to two of my usual vaporizers…

I didn’t expect that either. The equivalent systems I’ve tried so far take half as long. How did that happen? It’s simple, Youde has not succumbed to the temptation to make a lot of vapor, they have equipped their tanks with coils of 1.8 ohm and we go to 6 or 7 W. As a result, you have to use liquids with a high dose of nicotine, the maximum, since you take small puffs. As we go at low power, the hit is not too strong.

Here, for example, I took a liquid in 18 mg of nicotine, and in my case it lasts as long as my other 3 mg badass vaporizers, because I actually take the same dose of nicotine per puff. The real autonomy depends on each of us, on our pace: it’s somewhere between a good half day and a day. 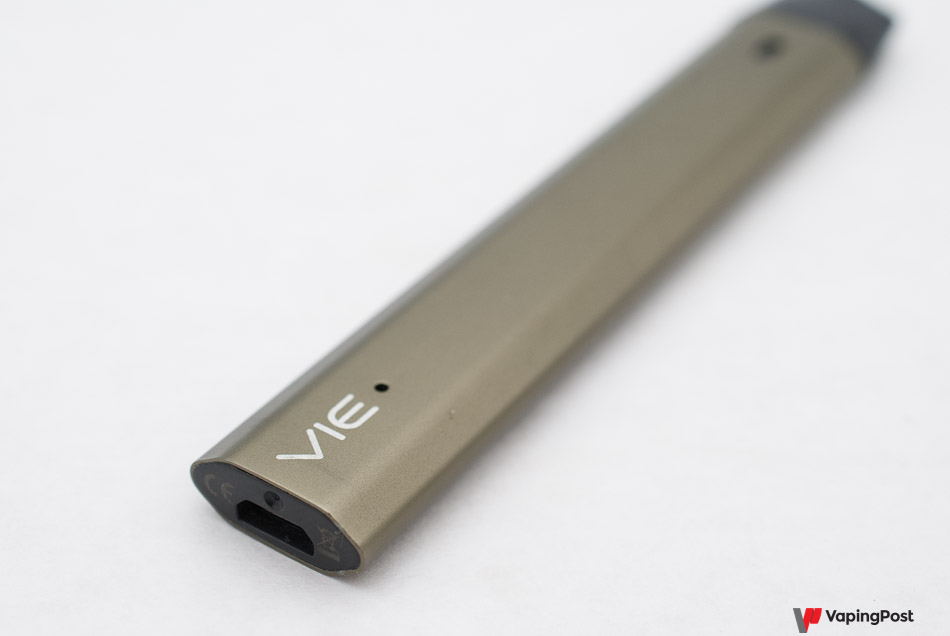 The USB connector is located under the pod, it allows to charge it in 15 minutes and you can vape during the charge. Considering the price, you can, for the equivalent of a cigarette cartridge, equip yourself with 2 pods and a few tanks filled with different liquids. We’ll be ready for any situation! 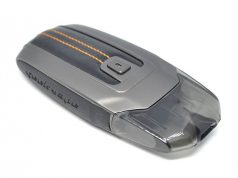 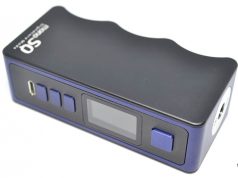 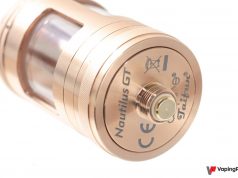