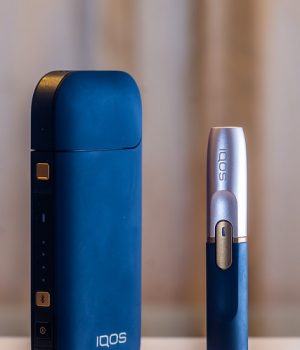 “IQOS 3 and IQOS 3 Multi will officially go on sale on November 15th in Japan, Switzerland, UK, Russia and Colombia, and will be rolled-out across our global markets from November 15, 2018, onward,” read a release on the PMI website.

Big Tobacco Companies consider Japan as the ideal test ground for HNB tobacco products, since regular e-cigarettes are not allowed due to the country’s strict nicotine regulations. Additionally this nation is one renowned for having a high regard for cleanliness and health, hence non-combustible cigarettes are also sought after as they are in line with these values.

Hence it comes as no surprise that PMI chose Tokyo for the launch of iQOS 3. “I don’t think it’s reasonable to essentially condemn your population to only smoke cigarettes when there are vastly different alternatives,” said PMI Chief Executive Officer Andre Calantzopoulos during an interview in Tokyo, when asked about countries that ban smokeless alternatives whilst still allowing the sale of regular cigarettes.

PMI’s claims about wanting to phase out cigarettes

IQOS 3 and IQOS 3 Multi will be rolled-out globally from the 15th of November 2018 onwards.
Calantzopoulos has in the past claimed that within a few years, talks about phasing out cigarettes should commence. “If you extrapolate the figures, then logically we could reach the tipping point in five years,” said Calantzopoulos last year, adding “That is when we could start talking to governments about phasing out combustible cigarettes entirely.”

However, many of course remain sceptical about PMI’s intentions and consider such statements about wanting to “stop selling conventional cigarettes” as nothing but a clever marketing strategy. Their direct competitors in these countries Japan Tobacco and KT&G, are also selling their own ‘Heat not Burn’ products, however Calantzopoulos is confident that PMI will remain at the top.

Business Michael McGrady - January 18, 2021 0
The New York Association of Convenience Stores (NYACS) sponsored a study that found a proposed flavoured tobacco ban in the state would be bad...

Business Diane Caruana - January 16, 2021 0
In the UK, vaping products are widely endorsed as smoking cessation and harm reduction tools. However, with regards to the covid-related lockdowns, vape shops...

Business Diane Caruana - January 7, 2021 0
During this period many smokers have made New Year’s resolutions to quit, and access to the customer service, experience, knowledge, and advice offered in...
Load more