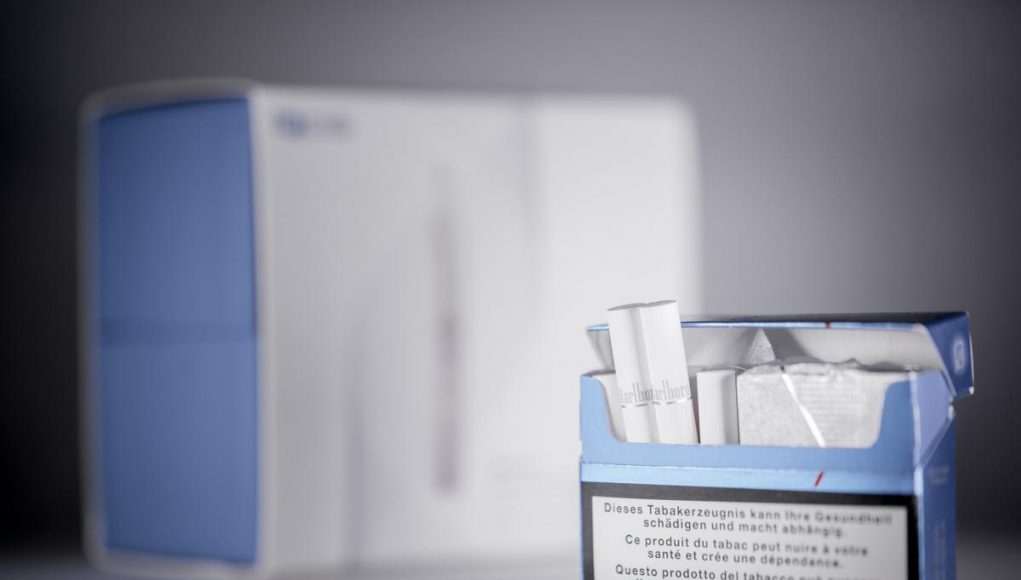 HnB devices have been introduced in South Korea only 17 months ago, yet according to data released by the Ministry of Economy and Finance last Friday, 288 million packs of “cigarettes” were sold last month in Korea, of which 35 million packs, were HnB refills. This equates to 11.3%, up from 7.3% only a year ago.

According to research data, PMI’s iQOS reduces 90% of the 58 toxic chemicals found in cigarettes.
The report added that cumulative sales of HnB refills has reached 295.5 million packs with a 9.3 percent share in the tobacco market. Tax revenue from the manufacture and sale of all tobacco products in Korea, has totaled 10.7 trillion won ($9.5 billion), up 2.6% from the previous year and a whopping 63.9% from the same period in 2014 before the sale tax went up sharply.

HnB devices are battery operated smokeless alternatives to combustible cigarettes and work by heating sticks containing tobacco leaves. These refills which look like short cigarettes, must be inserted into the main device and are heated up once the latter is switched on.

Last year, Philip Morris Korea released research results suggesting that their Heat-not-Burn device, iQOS, contains 90% fewer toxic chemicals than regular cigarettes. According to this data, the device reduces 90% of the 58 toxic chemicals found in cigarettes, which as per FDA labeling include 18 hazardous compounds and 15 carcinogenic compounds.

In Korea, as around the world, many remain skeptical about the relative benefits of switching from regular cigarettes to HnB devices and electronic cigarettes. Additionally, health experts are reasonably cautious when such studies analyzing the effectivity of a product, are conducted by the same companies which are selling it.

Philip Morris Korea’s corporate affairs director, Kim Byung-chul, said the company is fully aware of these credibility issues. “We’re searching ways to overcome this issue. We have released our latest study results. In early next year, we will disclose raw data of the study. It is very rare to release raw data in this industry,” said Kim at the time.