Scott Gottlieb, the Food and Drug Administration commissioner who’s spearheaded the agency’s campaign against tobacco harm reduction for the past two years, unexpectedly resigned last week. Citing personal reasons for the move, Gottlieb announced that he’ll be gone from the FDA in early April. The question for vapers is what this means for e-cigarette policy in the USA.

When Gottlieb was initially appointed many public health activists were sceptical because of his close links to pharmaceutical companies, while vapers were cautiously optimistic – he had previously been part-owner of a vaping company. However, once in office Gottlieb turned all this on its head. He’s been very effective at lowering drug prices and getting more generic medicines on the market, but early in his tenure he turned on vaping with a savagery that, even in the hysterically overheated US political debate, came as a complete surprise.

Gottlieb has reserved much of his bile for JUUL Labs, but there’s been plenty left over for the industry as a whole. His initiatives have included crackdowns on advertising and online sales, and the FDA is now pushing for a wide-ranging ban on flavours that would devastate the industry. Unfortunately it’s expected that, whoever takes over at the agency once Gottlieb formally steps down, the prohibitionist train he’s set in motion will keep on rolling – and emboldening state and city legislators to impose their own restrictions on reduced-harm products.

A paper which appeared in last week’s edition of the journal Pediatrics sent up the panic flag because most people don’t have a “vape-free policy” at home. In a rambling diatribe that talked a lot about the risks of cigarette smoke and very little about any actual risks of e-cig vapour, the authors agonised over the fact that people are more likely to keep their homes free of something that’s harmful than something that isn’t.

The main focus of the study was on dual users of tobacco and vapour products, who also have children at home. The researchers found that most dual users – 63.8% – had smoke-free homes, but only 26.3% had vape-free homes. They also panicked over the fact that most dual users will vape in a car with children present. The main reason for this hysteria is that “e-cigarettes leave deposits of nicotine on surfaces when used inside”.

In reality, repeated studies of e-cigarette vapour have found that it contains lower levels of toxic chemicals than the air inside the average house. Most importantly given anti-vapers’ obsessive focus on formaldehyde, it contains lower levels of this chemical than a non-smoker’s exhaled breath. Meanwhile, allowing vaping while prohibiting smoking gives people a strong incentive to choose the less harmful alternative. The question shouldn’t be why so many dual users allow vaping in their homes; it should be why some don’t.

Pressure on US vapers shows no sign of easing off, after a Colorado representative announced plans to put forward a bill that would, almost inevitably, ban flavoured e-liquids. Democrat Diana DeGette has now submitted a bill that would ban all flavours after a year unless manufacturers could prove they were helping adult smokers without attracting children.

This bill is an astonishing reversal of the burden of proof as understood by common law jurisdictions, which includes the USA. If passed, it will subject e-liquid manufacturers to sanctions under the law unless they can prove they’re innocent.

Montgomery County, Maryland seems to have become the latest flashpoint in America’s crazed war on tobacco harm reduction. This week school administrators issued a warning to parents about a “recent rise in vaping and Juuling incidents,” a shocking crime wave that has them worried enough to bring in extraordinary measures.

A Montgomery County Schools spokeswoman told the media that school bathrooms were locked “temporarily” during an “investigation”, but other sources say they’re now being routinely locked during lunch breaks to prevent students vaping in them – depriving children of access to toilet facilities for at least an hour a day. 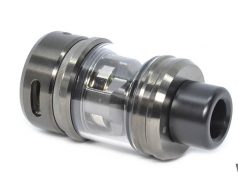