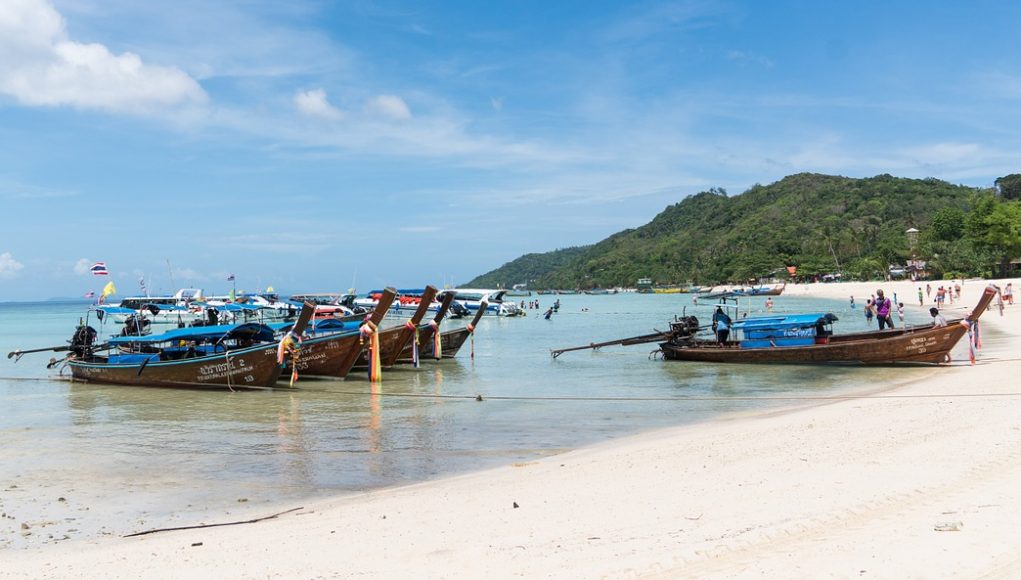 Cecilia Cornu, who was in Phuket on holiday last January, was arrested after being caught by Karon police holding an e-cigarette whilst on a scooter with her fiancée. Cornu is claiming that after being stopped by four police officers, they demanded a B40,000 bribe, which she refused to pay.

The ESCT says that legalizing e-cigarettes would improve Thailand’s image, after such infamous cases of tourists being fined for vaping.

Cornu claims that following this she was taken to the police station where once again officers tried bullying her into paying a bribe. Following this she was charged, her passport confiscated and a trial date set for the following month, making her miss her return flight home. The French woman posted a bail of B100,000 and was released on the same day pending trial.

On the day of the trial Cornu was convicted for the offence and says she was fined B827 (23 euros). Following this she was taken to Bangkok where she claims she spent four days and three nights in a prison cell shared with 60 other women in dire conditions where she had to sleep on a hard, dirty floor with no sheets or mattresses, before being deported to France. She added that the whole ordeal cost her a total of approximately 8,000 euros (B286,000) in legal fees and travel expenses.

Meanwhile, an article on Phuket News said that Karon Police Chief Col Prasarn Hankotha said that some of the claims Kornu is making are untrue. “Karon police arrested Ms Cécilia Cornu after she was seen using an e-cigarette in Karon on Jan 30. After waiting in the station for many hours while police worked on the case with her lawyer, she asked for bail which was granted at B100,000,” he explained.

He added that the the full bail amount was later returned to Cornu, and denied Cornu’s claim that his officers demanded a B40,000 bribe. “Karon Police had nothing to do with that,” he asserted. “We had to confiscate her passport to prevent her from leaving the country before the trial, which is a normal procedure,” he said. “Police then sent her to the Phuket Immigration Office on Feb 11 to process her deportation via Bangkok.”

When asked about claims made by Cornu regarding her expenses, Col Prasarn replied, “We know nothing about 8,000 euros or B286,000. She paid a fine at Phuket Provincial Court and that is all we know.” The Chief of the Phuket Immigration Office, Col Kathathorn Kumthieng, explained the standard procedure for all foreigners who are transferred to Bangkok for deportation, highlighting that it can take about three or four days to process and all travel and living costs during that time are the responsibility of the deportee.

A recent survey conducted at the annual Global Forum on Nicotine in Warsaw, ranked Thailand as the worst country in the world to be an e-cigarette user in, and Australia the second worst.

Asa Ace Saligupta who runs the Ends Cigarette Smoke Thailand (ESCT) points out the repercussions of this unreasonable ban. “Thailand has a draconian approach with tourists as well as local people regularly getting arrested for vaping. Police often search vehicles at roadblocks for e-cigarettes and then use them to extract fines. This is not just terrible for Thai smokers who want to quit but also makes it a country to avoid for the tens of millions of tourists and business people around the world who vape.”

The group has been calling for the harsh ban to be lifted and for reasonable regulations to be put in its place. The ESCT says that legalizing e-cigarettes would be beneficial in multiple ways. Firstly it would equate to more tax revenue for the government, and secondly it would improve Thailand’s image after infamous cases, such as Cornu’s, of tourists being fined for vaping.

Most importantly, explains the organization, legalizing e-cigarettes would give the millions of local smokers the opportunity to switch to a scientifically proven safer alternative.

Thailand to Review Its Harsh Ban On E-Cigarettes