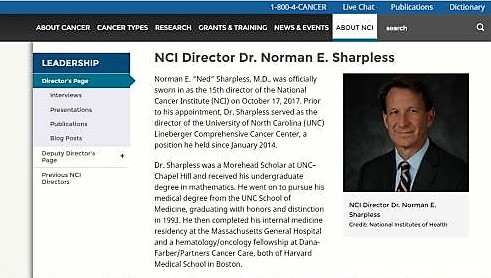 Last week, FDA Commissioner Dr. Scott Gottlieb announced his resignation in a letter to the agency’s staff, leaving American vapers wonder what their future holds. Gottlieb has been instrumental in recognizing the potential of vaping products as smoking cessation tools, and has been criticized by many institutions for delaying the infamous PMTA process. On the other hand he has also been at the forefront of the battle against the alleged rise teen vaping, which numerous public experts call nonsensical.

Following his resignation, Gottlieb was quick to point out that the FDA will continue on its path of combating teen vaping, which he referred to as an “epidemic”. “I’m very confident of that, and I’m very confident that we’re going to continue with this policy over the next month, including the policy that we’ve been formulating,” said Gottlieb during an event last Wednesday.

Ned Sharpless who will serve as FDA acting head on Gottlieb’s exit, is known for supporting Gottlieb’s efforts. “Scott has done a lot for cancer patients and all Americans. Bold leadership on tobacco control, generic drugs, novel biologics and so much more. I will miss working with you,” tweeted Sharpless, giving us an indication that he may continue on Gottlieb’s footsteps.

A 2018 study by the National Cancer Institute’s Health Information National Trends Survey (HINTS), the organization of which Sharpless is director, had indicated that more smokers mistakenly believed that e-cigarettes were more harmful than regular cigarettes in 2017, than they did in 2013. Here’s to hoping that the temporary chief is aware of the relative benefits of the products as harm reduction tools.