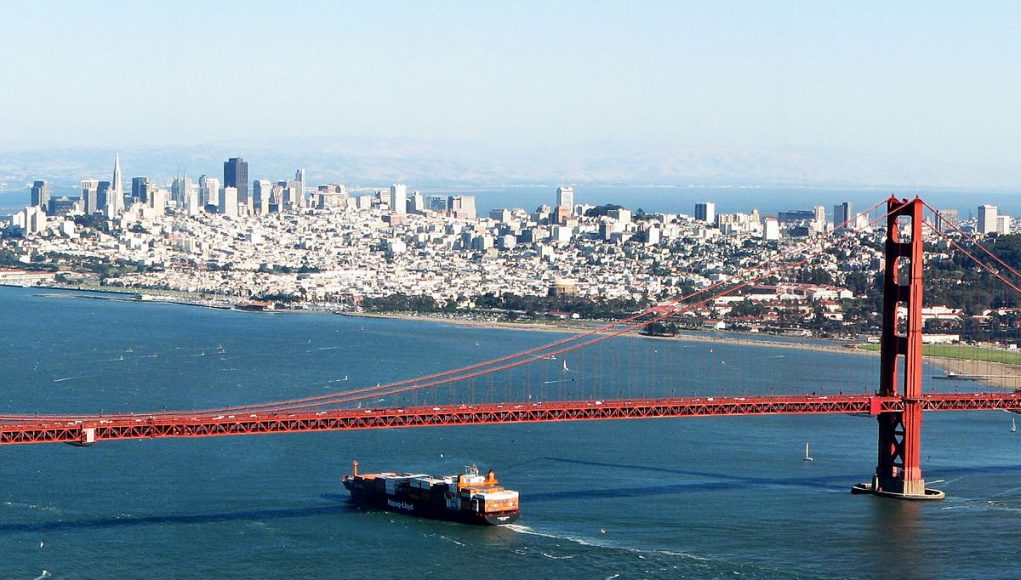 Yet again, San Francisco has lived up to its reputation as the epicentre of anti-harm reduction activism. The city’s Board of Supervisors are now considering a bill that would ban all sales of vapour products in San Francisco until they’re regulated by the federal government.

The new legislation is being pushed by Supervisor Shamann Walton, and it’s truly horrifying. If passed – which, given the prohibitionist leanings of San Francisco legislators, it probably will be – it will make it illegal to sell e-cigarettes in San Francisco either from a shop or online. There will be no way to buy reduced-harm nicotine products without leaving the city – and many San Franciscans, reliant on the city’s public transport network, don’t have a car.

Sup. Walton has also introduced another bill aimed at banning the manufacture, sale or distribution of “tobacco products” on city property. This is aimed directly at JUUL Labs, which rents space on Pier 70.

San Francisco officials, who refuse to enforce laws against public defecation or drug use despite the city’s sidewalks being littered with used needles and piles of human faeces, have announced no plans to ban combustible tobacco. They’re only interested in prohibiting safer alternatives.

The city of Appleton, Wisconsin has just imposed a workplace vaping ban in response to fearmongering about “secondhand vapour”, but in a limited but welcome outbreak of common sense they’ve decided to exempt vape shops from the new law. In fact the city’s e-cig retailers had a narrow escape; the original plan was to include them, too.

The vape ban, pushed by Alderwoman Cathy Spears, was supposed to make it illegal to vape in a vape shop. This would have been a serious obstacle for customers who wanted to test products to find the one that worked best for them. Fortunately Alderman Vered Meltzer introduced an amendment that exempted vape shops, which was supported by all but two of the city’s 14 aldermen.

One of the two dissenters was Spears. Complaining to the press after the vote, she protested, “We’ve now made vaping something that’s acceptable. We again are behind in what we are doing.” When the race is towards banning harm reduction, of course, there’s nothing wrong with being behind.

Gottlieb complains that industry disagrees with him

Outgoing FDA commissioner Scott Gottlieb has complained that the e-cigarette industry has been “overly dismissive” of his manufactured teen vaping epidemic, and is threatening to use his remaining time at the agency to punish them with even more draconian restrictions.

As usual Gottlieb is aiming most of his fire at JUUL Labs and Altria, despite both companies working hard to make their products only available to adults. JUUL has even, controversially, backed the Tobacco 21 campaign that will prevent millions of adults from buying safe, legal nicotine products. It seems that even this isn’t enough though, because Gottlieb now says he’s considering pulling all pod-based vapour products from the US market.

There was some good news for Indian vapers, as Delhi’s High Court gave them some extra time to fight a total ban on e-cigarettes. Last month the Central Drugs Standards Control Organisation sent a letter to all state drug controllers ordering them to ban the manufacture, import, distribution and sales of all vapour products within their states.

Now, following a court challenge brought by an importer, Delhi’s highest court has put the CDSCO order on hold. Announcing the decision. Justice Vibhu Bakhru said that vapour products do not fall under the definition of a drug, and therefore the agency doesn’t have the authority to ban them.

Justice Bakhru is building a solid track record of common-sense decisions on vaping. Despite India’s political hostility to harm reduction he’s already ruled in August 2018 that a Central Health Ministry order to ban e-cig sales was not binding on states, who could take their own informed decisions.

Several more US states are attempting to raise the minimum age for purchasing tobacco from 18 – as laid down by federal law – to 21. A T21 bill in Connecticut passed the state’s Public Health Committee last Friday, allowing it to go forward for a vote on the floor of the state legislature. Meanwhile Ohio governor Mike DeWine has proposed a similar law. Both laws would also cover vapour products as well as actual tobacco – taking a valuable tool out of the hands of many smokers who started before reaching 21.