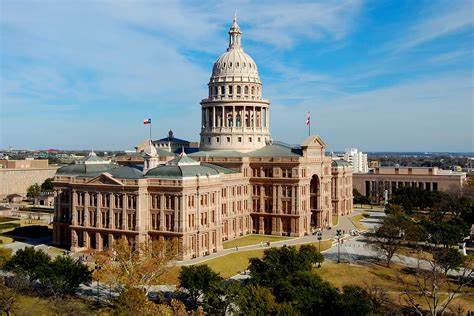 US Congress pushes for nationwide T21 law
One of the more disturbing moves underway in the United States is the Tobacco 21 campaign, which aims to put tobacco – and vaping products – out of reach of many young adults. While there’s no doubt that people are better off not smoking, liberties advocates are questioning whether the government should be banning sales of safer nicotine products to people who’re old enough to vote, drive and join the armed forces. Nevertheless, T21 has been spreading at the local and state level for a couple of years. Now the United States Congress is pushing to embed it in federal law.
Last Thursday the Senate Majority Leader, Sen Mitch McConnell (R-KY), announced that he would introduce legislation next month that will raise the national purchase age for tobacco – and e-cigarettes – to 21. At the same time two Democrats introduced a bill to the House of Representatives that would do the same thing. The House bill is co-sponsored by Rep Donna Shalala (D-FL), a former health secretary, who claims that vaping is “beginning to undo years of progress” in tobacco control. It’s astonishing that legislators still show such ignorance of harm reduction, but the poor education of those pushing these bills doesn’t reduce the threat they pose to millions of American smokers who’re just looking for a safer alternative to cigarettes.
Schoolchild activists keep lying about e-cigs
High school activists spoke to the Marion, New York city council last week, urging them to combat the “menace” of vaping. According to the two schoolchildren, vaping is widespread in the city’s schools; what they didn’t mention is that it’s also spread very thin, with only around 2% of US under-18s vaping regularly – and almost all of these were already smokers. Nevertheless, the students are demanding even more restrictions on where vapour products can be used and advertised, and deploying a wide array of false claims to bolster their case.
One student complained that she’d seen fellow teenagers vaping in a break room while on a summer job and nobody had done anything about it: quite what anyone was supposed to do wasn’t specified. Another whined that “it’s seen as a healthier option than cigarettes when it’s not,” which is a straightforward lie; the best evidence remains that vaping is at least 95% safer than smoking. Unfortunately, the reason under-18s aren’t allowed to vote is that they don’t have the knowledge and judgement to reliably make sensible decisions. For that reason, they shouldn’t be involved in politics at this level either. Teen anti-vaping activists may be passionate and sincere, but they’re also stunningly ignorant.
Thanks to the efforts of these and other activists, New York State lawmakers are considering a ban on all flavoured vapour products. The state’s vape retailers’ association has had to point out that these products make up over 80% of sales, and without them there will be no viable businesses offering safer alternatives to smoking.
Oshkosh politicians ban e-cig sales to kids, for some reason
The Common Council of Oshkosh, Wisconsin has passed a law banning sales of vapour products to under-18s, apparently in the deluded belief that this wasn’t already banned under federal law. City lawmakers told the media that while tobacco product sales are restricted by the federal government, this doesn’t apply to “empty vaping devices”.
In fact the FDA’s Deeming Regulations can be – and have been – interpreted to make wire and cotton wool into tobacco products if they’re intended for use with a vaping device; there is no exemption for “empty vaping devices”, so Oshkosh has just passed a totally unnecessary law. Unfortunately they’ve also just passed a law that will see teens fined at least $25 if they’re caught vaping in public – another totally unnecessary crackdown that will mostly penalise young people who’re trying to quit smoking.
Colorado e-cig ban moves to state senate
Vapers in Colorado came one step closer to being forced out into the cold last week, and the Colorado House passed a bill that would ban safer nicotine products in most indoor public spaces. HB 1076, co-sponsored by both Republican and Democrat representatives, extends the state’s decade-old antismoking laws to vapour products. It was approved by 48 votes to 17 last Thursday and will now move on to the state senate.