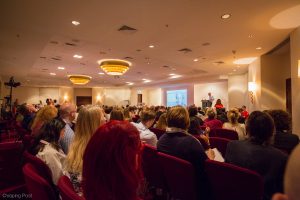 The theme of last year’s GFN was “Rethinking Nicotine”, and the main goal of the conference was to examine changing patterns and methods of nicotine use, and look at ways to move away from the traditional, failed, prohibitionist approach to tobacco control.

Similarly this year, academics, researchers, politicians and policy makers, from all sides of the debate, will participate in various plenary and parallel sessions at the conference, alongside nicotine consumers and advocates, with the objective of exploring and discussing the rapidly developing science in relation to nicotine and its use, including policy and regulatory responses.

The theme of GFN 2019, ‘It’s time to talk about nicotine’ will “examine how attitudes towards the use of nicotine are changing” and also explore “some of its more positive and potentially beneficial uses.”

Most smokers using stop-smoking medications can tolerate doses that are up to four times higher than the ones recommended.

Meanwhile, a recent review of research related to NRTs, has indicated that contrary to what is generally assumed, smokers who use higher doses of nicotine are more likely to quit than those using lower doses. The review also found that some smokers may benefit from using two forms of NRT rather than one.

Additionally, the research indicated that in smokers who intend to switch to using an NRT, it helped to start using it before quitting cigarettes. This may be because having nicotine already present in their system, smokers were getting less of a hit when they light up, and therefore can make cigarettes less enjoyable.

Similarly, a recent study by researchers at Queen Mary University of London which followed 50 smokers in a tobacco dependence clinic in Argentina, as they tried quitting, indicated similar findings. The latter, was the first study to tailor nicotine dosing according to smokers’ choices as they try to quit, and the results suggested that most smokers using stop-smoking medications can tolerate doses that are up to four times higher than the ones recommended.

Smokers quitting cigarettes should be able to control their nicotine intake

Study author Dunja Przulj said that when they are smoking, smokers are able to control the amount of nicotine they obtain, and that having levels restricted when they are trying to quit is counterproductive. “Smokers determine their nicotine intake while they smoke, but when they try to quit, their nicotine levels are dictated by the recommended dosing of the treatment. These levels may be far too low for some people, increasing the likelihood that they go back to smoking.” 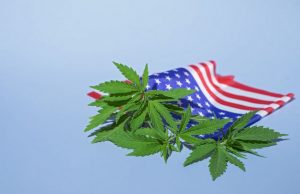