While the documentary certainly highlights elements of the controversial debate surrounding vaping’s place in society, it was rife with bias and inaccuracies.

To begin, this piece is not meant to shed any negative light on the reporters involved in the documentary’s creation. More or less, this is a piece that needs to be written from a perspective that was overlooked throughout this film.

Quintanilla opens the documentary by reporting on the habits of youth vapers. Unfortunately, these young people initiated nicotine use without the proper information and the lack of oversight from their parents. Barring the issue of parental supervision, I do recognize that youth are still able to make their own decisions and many of the young people interviewed in this film were able to rationalize their decisions to start using a vape.

Indeed, we should, as an industry and vaping activists, stand up to youth uptake and fight to promote balanced regulations that curtail unlawful access. However, there was little balance when it came to discussing the oft-used trope of the “youth vaping epidemic.” The documentary further confirmed this point without asking for a counter opinion, such as that of the University of Louisville’s Prof. Brad Rodu, Boston University’s Michael Siegel, or New Zeland’s renowned Dr. Marewa Glover (who has analyzed American vaping trends prior).

The experts who were interviewed, like Stanford University’s Dr. Bonnie Halpern-Felsher and West Virginia University’s Mark Olfert, are all reputable and have provided valuable contributions to the growing body of vaping research. This is the case, but the documentary still only presented an echo-chamber for academics who view vaping and the use of e-cigarettes, in general, as a negative phenomenon.

I honestly did lose patience for this glaring bias throughout the film. For example, New York University’s David Abrams, a world-renowned behavioral scientist and winner of the 2019 Michael Russell Award (granted by Knowledge-Action-Change and the Global Forum on Nicotine), was featured for a brief segment questioning his position on youth uptake and the trade-offs for comprehensive tobacco harm reduction benefits.

The documentary was edited in a way that presents Abrams–a man of great respect, humility, and compassion for all people–as a heartless shill for “Big Tobacco 2.0.” Such an insinuation is untruthful. Abrams, like many in research, journalism, and industry like myself, value the efficacy of vapes as harm reduction strategies for combustible cigarette smokers.

While I am paraphrasing, Abrams told Quintanilla during the interview that he believes that e-cigarettes could replace cigarettes in most parts of the world within “10 to 15 years.” Quintanilla responded with condescending gestures and disbelief, offering very little follow up questions about the evidence that leads Abrams to make such a statement.

This bias against heterodox academics also spewed over into the documentary’s reporting on political activism by anti-vaping groups. The controversial grassroots group, Parents Against Vaping E-cigarettes (PAVE), was prominently featured throughout the documentary. This added to the documentary’s bias as it did not feature political advocacy or trade groups friendly to the vaping industry.

Was Mark Anton of the Smoke Free Alternatives Trade Association featured in the documentary? How about Gregory Conley of the American Vaping Association or Tony Abboud of the Vapor Technology Association? No.

PAVE, with special shout outs to groups like the Campaign for Tobacco-Free Kids, were the only ones featured. Featured unfairly, I might add.

To “represent” the industry, the documentary featured Juul Labs and CEO Kevin Burns. Allow me to clarify; I am not the biggest fan of Juul (I have called the company the “Walmart of Vaping” with a negative connotation many times), but Burns did represent his company very well. The documentary depicted Juul in an unfair light, despite the actions the company has taken to self-regulate and account for their so-called role in “addicting an entirely new generation to nicotine.” A claim that is merely conjectured at this point.

The balance was lacking, as mentioned, leading viewers of this documentary to believe that the entire vaping industry is Juul Labs. Again, an argument that is the furthest thing from the truth.

Rest assured (I said sarcastically); the documentary featured former federal Food and Drug Administration (FDA) Commissioner Scott Gottlieb to save the day. What a hack.

Allow me to conclude this rant: If you watch CNBC’s documentary, watch it with an open mind. I certainly did; however, the final product is another hit piece on an industry that never, ever, intended for their products to be sold and used by minors. 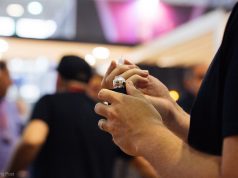