Vaping Post
Home Press US vapers face a new wave of bans – and India is... 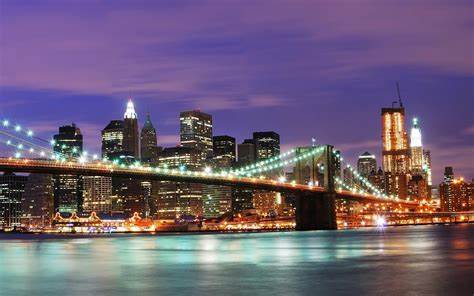 Vapers in New York state were hit with a double blow last week, as a judge refused to strike down the upcoming flavour ban while state officials vowed to tighten the laws even more. The controversial ban, imposed on 17 September as an “emergency” measure by Democrat governor Andrew Cuomo, hasn’t been voted on by the state legislature; it’s an executive order that can run for three months without any chance for voters or lawmakers to influence it.

Under the new law, it’s now illegal to make, distribute, sell or possess any e-liquid that isn’t tobacco or menthol flavoured, so the ban targets vapers as well as manufacturers and shops. Initially the ban will last for 90 days; Governor Cuomo can extend it for another 90, but after that it has to go through the state legislature and be voted on.

Last week the Vapor Technology Association and two vape shop owners went to court in a bid to delay the ban. Unfortunately, a state supreme court judge turned down that request on Friday. Cuomo publicly welcomed the decision and announced that he plans to add menthol flavour to the ban as well – leaving vapers with no flavours except the tobacco they’re trying to get away from.

Protests against India’s recent ban on vaping seem to have fizzled out, with fewer than 400 people turning up for a series of planned demonstrations – and the country’s federal government insists it’s going ahead with the crackdown.

The ban was introduced in September and makes it a crime to manufacture, import, distribute or sell vapour products. The Association of Vapers India has called on the government to regulate, rather than ban, e-cigarettes and liquids. However, the government claims that vaping can “push users towards using tobacco,” despite a complete lack of evidence for this alleged “gateway effect”.

AVI planned coordinated protests in six cities for last Saturday, but only a few dozen people turned up for each. It’s unclear why turnout was so low, although Indian police have previously intercepted protesters and released them miles from their destination.

Approximately 900,000 Indians die from tobacco-related diseases every year, mostly because of particularly dangerous cigarettes called bidis. The government has no plans to ban the sale of either bidis or conventional cigarettes; they’re only targeting reduced-harm products.

The Oregon Health Authority is urging governor Kate Brown to impose a six-month sales ban on vapour products, in response to the ongoing lung disease outbreak across the USA. Two people in Oregon have now died from the disease, and health authorities seem to be either panicking or seizing a chance to crack down on vaping.

Governor Brown asked the Health Authority for recommendations last Thursday, and officials responded within 24 hours. Their suggestion is a total ban on sales of any vaping products that contain cannabis, tobacco or nicotine, including a ban on online sales. The OHA also recommended that all Oregonians stop using vapour products immediately.

Thanking the OHA for their recommendations, Brown said the state’s justice department was reviewing them. She didn’t indicate which ones would be implemented, but the trend across the USA is towards prohibition. Brown also urged citizens to follow the public health warning and stop vaping.

It’s now almost certain that the cases of lung disease are being caused by illegal THC cartridges contaminated with oil-based compounds. While some victims claimed not to have used THC products, investigations into several of these cases have revealed that they actually did – then denied it, because THC products are illegal in many states.

The Alabama Department of Public Health is telling consumers to stop using vapour products until national and state authorities have completed their investigations into the lung disease outbreak – which is only affecting the USA and emerged in the last two months, despite e-cigarettes having been used globally for 15 years. The ADPH did say that anyone who continues to vape shouldn’t buy products off the street or from unregulated sources, which is good advice – products bought from legitimate vape vendors will not cause lung disease.

Meanwhile Washington’s governor, Jay Inslee, is calling on state agencies to ban flavoured and cannabis vapour products – with a possibility of even harsher regulations to follow. It seems to have escaped Inslee’s notice that the products causing the disease outbreak are already illegal.