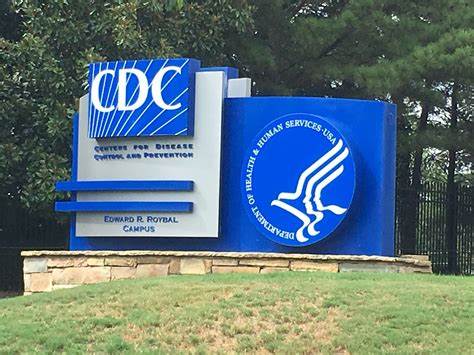 In a move that’s outraged much of the vaping community, popular e-cig manufacturer JUUL Labs announced last Thursday that it’s suspending sales of most of its flavoured liquid cartridges. This comes when the whole industry is under pressure from local and state level flavour bans, pushed through under the pretext of fighting the “teen vaping epidemic”.

JUUL’s new CEO, KC Crosthwaite, says the company’s priority is “earning the trust of society”. Critics say this is a waste of time, because a large segment of society simply hates vaping and isn’t going to change its mind whatever companies do. Meanwhile, JUUL will stop selling all flavours except tobacco, mint and menthol. This is a clear surrender to anti-vaping extremists, who claim that adults don’t like flavours and therefore their only purpose is to appeal to children.

On the same day a small pressure group, the Campaign for Environmental Health (CEH) announced that it had won a lawsuit against JUUL Labs that would stop the company “targeting children” in its advertising. The settlement only applies in California, but JUUL’s quick surrender to the latest wave of public health attacks is sure to embolden other anti-vaping groups. By attracting so much publicity, and then caving in so completely, JUUL Labs has guaranteed a lot more controversy over whose side it’s really on.

The Centers for Disease Control says that the outbreak of lung disease across the USA caused by black market THC cartridges seems to be levelling off and may even have started declining. So far there have been over 1,600 reported cases and 34 deaths, with almost every state affected.

Since the first cases appeared around four months ago the “epidemic” has been used to justify a series of increasingly hysterical anti-vaping laws, but all the evidence points towards illegal THC cartridges which contain Vitamin E acetate. This is an oil, and inhaling vaporised oils can cause lipoid pneumonia, a serious disease with symptoms very similar to the US outbreak.

Unfortunately, the link between the disease and THC cartridges was mostly drowned out by the general anti-vaping message being spewed by anti-harm reduction activists and the media, so it’s taken a while to get through to the public. If new cases really have started to level off that could be a sign that the truth has finally made its way past the propaganda.

The governor of California has, possibly by accident, spared the state’s vapour products industry a lot of unnecessary work. Two weeks ago Governor Gavin Newsom vetoed a bill that would have forced all manufacturers  who sell in California to send an image and written description of every product to the California Department of Public Health by next April. For some companies that’s hundreds of products.

The idea behind California Senate Bill 538 was for the CDPH to post all the images and descriptions on its website, allegedly to help parents recognize vaping equipment owned by their children. It seems optimistic that parents would spend time going through hundreds of product images online rather than simply asking, “Son, what’s that?” In any case the CDPH opposed the bill, claiming it was more likely to act as marketing. Newsom, apparently following CDPH guidance, has now refused to sign it.

The governor of Iowa, Kim Reynolds, said on Friday that she’s ruled out issuing an executive order to ban sales of vapour products in the state. Reynolds said that state agencies have been educating the public about the alleged dangers of vaping, following 43 cases of serious lung disease in the state, and she thinks “some of the education maybe is starting to work”. In fact what’s happening is that vaping advocates are publicising the real risks of illicit, contaminated cartridges – public health have been spreading disinformation since the outbreak began. Whatever the truth, though, at least vapers in Iowa won’t be hit with a punitive and unnecessary ban.