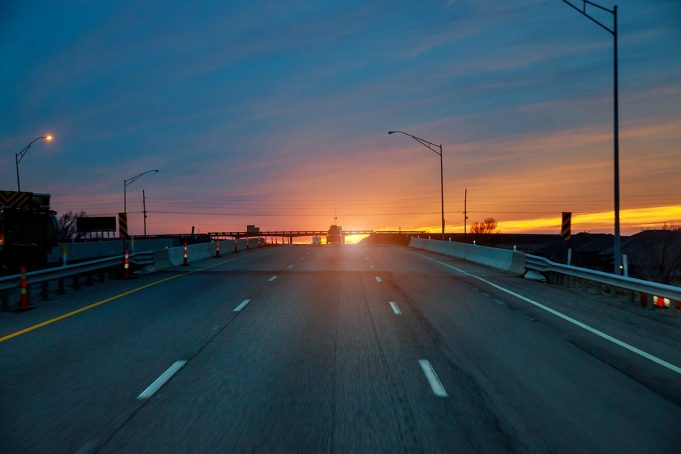 My name is Michael McGrady, your host, and the public policy columnist for the English edition of VapingPost.com. This is Vaping Weekly Update and here is the news that vapers, shop owners, and activists need to know for this week, published on Tuesday, Jan. 14, 2020 — our second episode of the year!

On Capitol Hill this past week, Senator Dianne Feinstein (D-Calif.) joined Senator Patty Murray (D-Wash.) and 28 of their colleagues to send a letter to Food and Drug Administration (FDA) Commissioner Dr. Stephen Hahn criticizing the FDA’s decision to break the Trump administration’s promise to clear all non-tobacco flavored e-cigarette products from the market.

Barring the actions taken by the FDA already, the administration remains adamant that it has acted prudently in delivering a partial ban on flavored pods and increasing the minimum legal sales age from 18 years to 21 years.

We should also note that the first round of the presidential election is coming quickly. The United States Presidential Election will be held on Tuesday, November 3rd, 2020.

The Iowa Caucuses, the first step in the primary phase of Presidential Election, is Feb. 3. Soon after, primaries across the U.S. will feed into the summer where Democrats and Republicans will nominate their preferred pick for president at the party conventions.

Trump, as the president, is still a mixed bag for vapers. However, the incumbent has accusations of corruption over his head, due to impeachment proceedings.

For Democrats, we should also note that many of the candidates are either opposed or completely confused about the concept of vaping and regulating this product category.

Joe Biden would ban all flavors. Bernie Sanders, after announcing that he opposes vapes, walked back that claim stating that he would need to see all of the evidence before making a rash decision. Other candidates have similar positions.

For the case of this episode, we will cut directly to state headlines. We will not have international headlines reported in this episode. Each headline will be briefly reported.

Pennsylvania police are investigating a video that shows a 2-year-old boy using a vaping device while under the care of two teens.

An internet video appears to show the boy coughing after he inhales from the device as two females are heard laughing in the background.

The incident occurred on Thursday when a 17-year-old girl from Seward, Pennsylvania, was babysitting the boy at a home in St. Clair Township, according to Pennsylvania State Police.

The boy retrieved the vaping device from a nearby nightstand before he used it, the police said.

In other headlines, Texas public health authorities have reported the unfortunate death of a 15-year-old who became ill from vaping.

According to reports, it is unclear what this youth was vaping. This death marks the youngest person to die during the EVALI epidemic.

In other state news, a series of new lawsuits against vaping companies are making headlines.

In California, the San Diego public school system sued Juul Labs for intentionally marketing their products to youth. A similar lawsuit has been considered by a school district in Witchita, Kansas. Dozens of school systems across the United States have also filed state and federal lawsuits against e-cigarette makers along similar lines.

We now return to California. Gov. Gavin Newsom has proposed a new vaping tax based on a product’s nicotine content.

Newsom is currently supporting a legislative agenda to ban all flavored tobacco and nicotine products in the state by the end of the year.

Elsewhere, a state Supreme Court judge in New York has finally struck down the vaping ban Gov. Andrew Cuomo has attempted to implement over the past few months.

Acting state Supreme Court Justice Catherine Cholakis found that the New York State Public Health and Health Planning Council overstepped its authority last September when it issued a ban on flavored vapor with anything other than tobacco or menthol.

The judge said regulating the vaping industry is a job for the state Legislature, not the executive branch.

As state legislatures begin their annual sessions again, vapers in Iowa should note that the legislature seeks to amend the law to ban e-cigarette use in public places where smoking is currently prohibited.

Hawaii lawmakers also prepare to introduce vaping proposals in the coming legislative session. Legislation in Hawaii currently being drafted includes a statewide ban on the sale of flavored e-cigarette products and their distribution as well as a tax on vaping products.

Now, a quick break. After we return, we will cover some brief business news and other policy news headlines and get to our interview with consumer-advocate Cherry Lai.

In brief business news, a new study by Arcview Market Research and BDS Analytics indicates that the cannabis vapor market has taken a drastic hit in light of the EVALI lung injury epidemic.

“Cannabis vape sales plummeted from a peak of $160 million in August 2019 by $41 million in two months, following the U.S. Centers for Disease Control and Prevention (CDC) report of the first death attributable to e-cigarette, or vaping, product use associated lung injury (EVALI),” states a press release from Arcview and BDS.

A company in Denver announced earlier this year that they have a solution to detect fake vapor products.

“Through this collaboration, we intend to set a standard the whole industry can embrace,” said 14th Round CEO Trent Overholt, a cannabis design and technology firm.

“It became clear to both of us that anti-counterfeiting wasn’t a nice-to-have (feature), but rather a necessity for consumer safety, much like how seatbelts and airbags became default features in properly designed and engineered cars.”

14th Round partnered with Solo Sciences to develop a mobile phone app that could assist shop owners and consumers about the origin of a specific vapor product.

In other policy news, activists in Colorado are beginning the process to propose a tax on nicotine to pay for free preschool across the state. The proposal is crafted as a ballot measure that Colorado voters can vote on this November. We will have more on this proposal at vapingpost.com when more details are released.

Lawmakers in New Jersey are also poised to approve a statewide ban on flavored products. State Gov. Phil Murphy supports the bill and will sign it into law.

Lastly, regulators in Utah are preparing to reinstate a ban on flavored vapor products in grocery markets and convenience stores attached to fueling stations. A judge struck down a version of the ban in October, citing executive overreach.

Now, let’s transition over to our feature interview with Cherry Lai, a California-based vaping consumer who picked up a vape and never turned back.

Really quick, it should be briefly noted that Cherry donates monthly to our show. However, this interview was a request sent by myself for journalistic purposes. Nothing else.

And, that’s the news ladies and gentlemen. Have a good one.

If you haven’t already, check out our latest staff editorial discussing the importance of staying positive during tough times. Visit vapingpost.com for more details.

While you’re there, feel free to check out our election coverage. If you have the inkling, click on the link in the episode description and donate a monthly recurring gift of .99 cents.

Thanks for your support. We’ll see you next time.