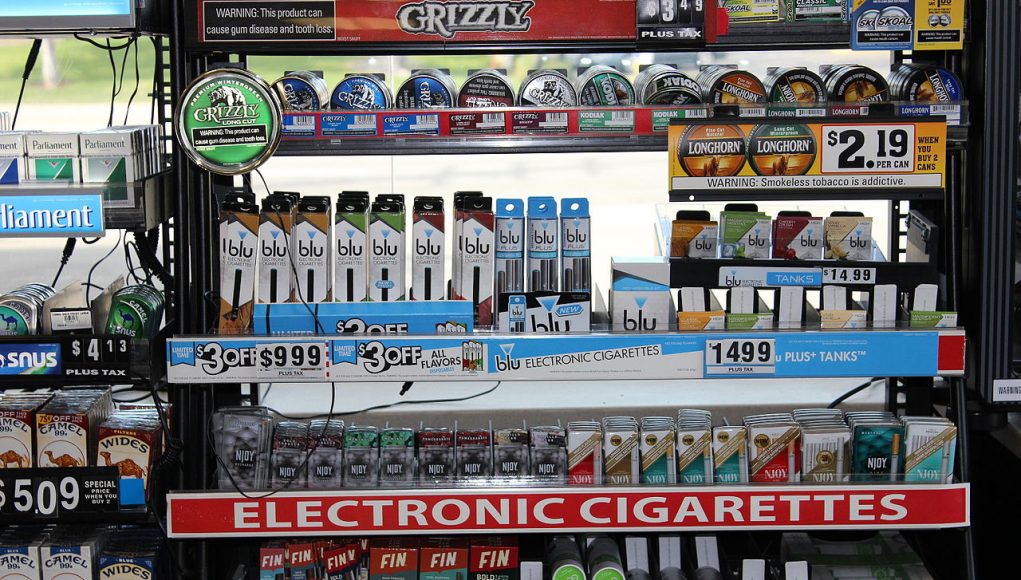 A new study from a California university claims the epidemic of “vaping-related” lung disease that’s swept the USA since last June actually began years ago. The research team, led by Professor Prue Talbot, used a web crawler to search a large online vaping forum for any mention of health effects caused by electronic cigarettes; they claim to have found evidence of similar disease from years ago.

Talbot admits that “Vaping Associated Pulmonary Injury” wasn’t recognised as a disease by the medical community until last summer, but she says her automated trawl of the vaping forum proves it existed long before that. She claimed the data “shows many of the symptoms characterizing the current patients have been reported online for at least seven years”. However, this isn’t strictly accurate.

The symptoms Talbot found on the forum are headaches, coughing, pain in throat, itching, and malaise. The symptoms of VAPI include shortness of breath, cough, fatigue, body aches, fever, nausea, vomiting, diarrhoea, chest pain, abdominal pain, chills and weight loss. There’s some overlap, but then again there’s some overlap with hundreds of other diseases too. What’s conspicuous is that VAPI is a rapidly developing condition that requires emergency hospital care and may still be fatal. None of that was found in Talbot’s web-scraping.

Pru Talbot is a professor of cell biology at University of California, Riverside. She has frequently collaborated with notorious anti-vaping activist Stanton Glantz.

Vapers in New York state received some welcome breathing space last week when a state supreme court judge struck down a ban on flavoured vaping products imposed last year. The ban was issued as an emergency measure, instead of being introduced as a state law, and approved by Governor Andrew Cuomo.

Judge Catherine Cholakis ruled that in imposing the ban the State Department of Health and Cuomo had exceeded their authority, both by imposing a ban that was likely to devastate many businesses and in bypassing public notice and comments periods. The judge found that laws which restrict the availability of products are reserved constitutionally to the state legislature, and that a legal challenge by the vaping industry was likely to be upheld. She said, “there is a likelihood that (the vaping industry) will ultimately succeed in proving that the emergency regulation is an impermissible administrative transgression into territory that is reserved to our Legislature by the state Constitution.”

The state legislature considered, but didn’t approve, a flavour ban last year. It could now revisit this law – but the judge’s decision means the governor and health officials can’t simply impose a ban by claiming it’s an emergency.

A group of senior Democrat politicians have sent a letter to the Food and Drug Administration, protesting about the details of the agency’s recently-announced policy on flavoured vapour products. Many Democrats had been pushing for a total ban on all non-tobacco flavours, and they thought the Trump administration – which initially seemed to agree – was going to give them what they wanted.

However, in the end the administration reconsidered and opted for a much less restrictive policy. There’s an exemption for menthol flavour, which annoys the Democrats, but the real issue for anti-vapers is that the policy only applies to pre-filled pods or cartridges. Bottled e-liquids, used in open-system e-cigarettes, are not covered.

Letter, signed by 30 Democrat senators, claims that a flavour ban is required to protect children from the “dangers” of vaping. The so-called teen vaping epidemic has been almost entirely blamed on flavoured pod systems, particularly JUUL, and the FDA policy is clearly aimed at addressing this. It appears that the Democrats, whatever they say about protecting children, actually have another goal in mind.

Apparently panicked by the media hysteria about teen vaping, California governor Gavin Newsom has come out in support of a nicotine tax and a total ban on flavoured vapour products. Talking last Friday, Newsom says he wants a tax of $2 per 40mg of nicotine, which would add up to $12 to the price of a 10ml bottle of e-liquid.

Newsom also supports a bill, recently introduced to the California state legislature, which would ban all flavours except tobacco. On Friday he praised his fellow Democrats who introduced it, claiming it would “do more than the federal government did on the flavours.”