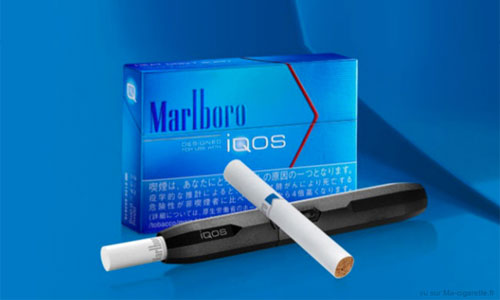 The market share of HNB devices, including PMI’s’ iQOS and South Korean KT&G Corp.’s lil, has shot up to 11.8% in the span of two years in South Korea. Subsequently, KT&G has now decided to launch its device internationally and has thus formed an alliance with PMI, securing a global distribution network.

Under the contract, KT&G and PMI will benefit from the acquisition of three of its HnB products: lil Hybrid, lil Plus, lil Mini, and vaping product lil Vapor, and while KT&G’s tobacco products are called heat-not-burn (HNB) cigarettes, PMI’s are referred to as tobacco heating systems (THS).

Parallel Branding for PMI and lil

“This strategic collaboration with the global industry leader PMI is an important opportunity for us to be recognized once again for our brand competitiveness and innovative product development capabilities,”KT&G President

KT&G said that the two companies are in discussions for parallel branding of lil and PMI’s Iqos for overseas markets. “This strategic collaboration with the global industry leader PMI is an important opportunity for us to be recognized once again for our brand competitiveness and innovative product development capabilities,” said KT&G President Baek Bok. “We will set a new industry standard for the future tobacco market, and lead the industry.”

While PMI’s CEO Andre Calantzopoulos said that KT&G’s HnB and hybrid products go in line with PMI’s vision for a smoke-free future and that they intend to use their resources, knowledge and infrastructure to the benefit of the Korean brand. “Our agreement will benefit adult smokers in the world by providing a wide array of better choices,” said Calantzopoulos.

Meanwhile, last November Philip Morris Korea announced a project which would promote the use of its HnB device iQOS, across Daegu City in South Korea. “Smoke-free future is not just simply a motto of our company’s vision,” said Philip Morris Korea Managing Editor, Chong Il-woo, in a statement. “Through our project in Daegu and Gyeongbuk, we hope to transparently provide scientific information to consumers and stakeholders, and create a progressive environment that protects everyone.”

The ‘Smoke-Free City’ project will last until the end of this year, and as part of the initiative the tobacco company’s staff will be visiting major public places and commercial areas across the city of Daegu, to promote the opening of vaping rooms. These rooms would be alternatives to smoking rooms, where vapers can use e-cigarettes and of course HnB devices, such as Philip Morris’s iQOS.