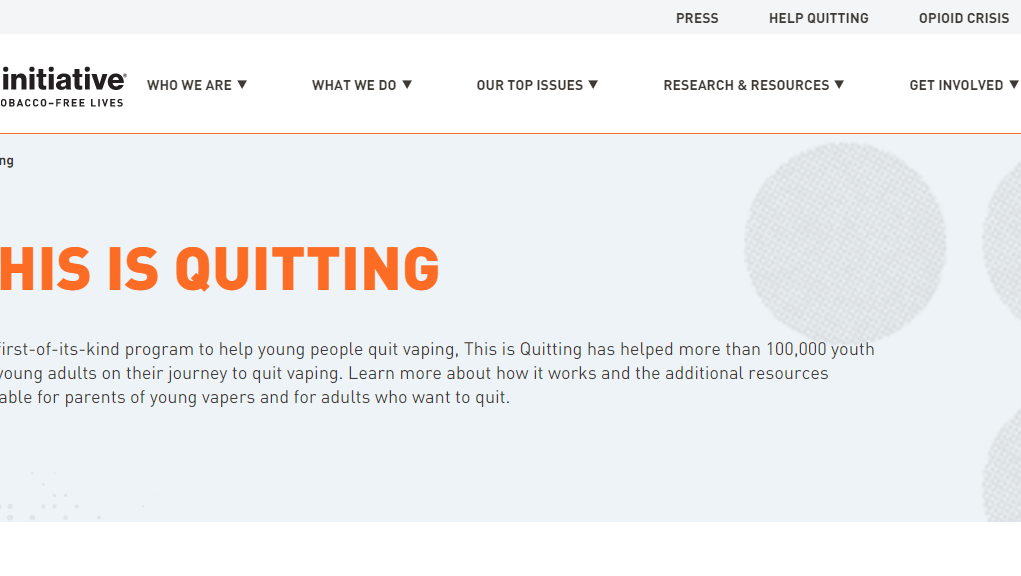 Facebook
Twitter
Pinterest
WhatsApp
The program is aimed for young people aged between 13 and 24, and is tailored by age group in order to give appropriate recommendations about quitting vaping.

Last September, the Trump administration had announced the plan to ban flavoured vaping products across the US. However, a couple of weeks later, comments by Trump had suggested a change in strategy, as he mentioned raising the legal vaping age limit to 21, as a way to prevent teen vaping.

Meanwhile, as a partial ban on flavours has been set in place, the US House and Senate have also passed the provision which would set the age limit in place. Trump is expected to sign it into law in the coming months as part of the overall spending package.

To this effect, Kentucky’s DPH has launched This is Quitting in the hope that Trump’s “tobacco 21” legislation will drive many young vapers to try quitting, and that when this happens, they will be able to turn to this initiative for support. The program is aimed for young people aged between 13 and 24, and is tailored by age group in order to give appropriate recommendations about quitting vaping.

Launched nationwide in January 2019, the program has enrolled over 70,000 teens and young adults. Peer-reviewed research conducted with the aim of determining its effectivity, has indicated that over 60% of participants have managed to reduce or completely quit vaping.