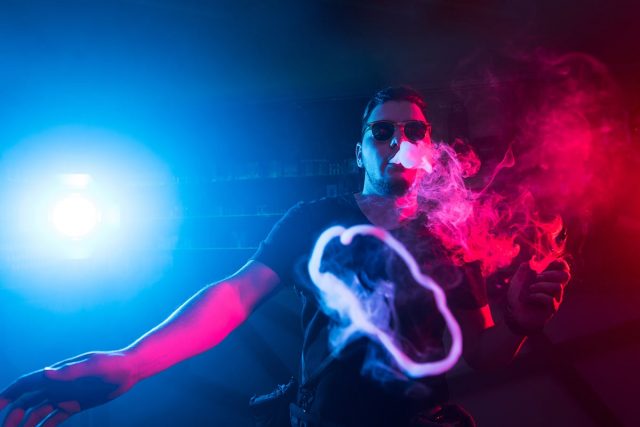 President Donald Trump announced to reporters that his administration may increase the national legal sales age for e-cigarettes to 21 years. Across the United States, individuals must be at least a minimum of 18 years based on federal standards. The trend of “Tobacco 21” policies at the state and local levels continues to create a patchwork of age restriction policies across state lines.

Such noncommittal rhetoric leaves both tobacco harm reduction advocates and tobacco control advocates wondering what is coming down the regulatory pipeline. To make matters even more confusing, the administration is again delaying the release of the official rules that finalizes the ban on flavored vapor.

Sources at the Food and Drug Administration (FDA) told me to expect the ban on Thursday, Nov. 7. The same goes for other mainstream news outlets who reported similar rumors, like USA Today and The Washington Post. That, of course, never happen occurred.

Trump bucked those expectations during his news conference. He said that the FDA should be expected to publish final guidance on flavors and the premarket tobacco applications compliance policy sometime in the next week. Great concerns have arisen, though. Upon a review of several media reports and multiple replays of the president’s remarks, it appears to me that he is gesturing toward a sales age-lifting measure that only applies to vapor products.

“I think it would be a step backward for harm reduction and very difficult to enforce,” Stroud wrote in the email. “Further, restricting access to THR products while allowing deadly combustibles to remain for persons aged 18 to 20 is ludicrous.”

Stroud’s own research has focused on the impacts of Tobacco 21 laws on smoking populations at the state and local levels. She noted during our conversation that restricting sales age is not a guaranteed policy that would limit youth uptake.

“For example, Hawaii first implemented its T-21 law in 2016. Despite this, between 2015 and 2017 vaping among middle schoolers increased by 77 percent,” Stroud added. “To see the effects of age restrictions – look at alcohol use among teenagers. The 2017 Youth Risk Behavior Survey found that 30 percent of high school students reported drinking “some amount of alcohol” in the 30 days preceding the survey.”

Note that Congress passed the National Minimum Drinking Age Act, in 1984, requiring all states to increase their legal drinking age to 21 years or lose a portion of their federal highway funding. The policy is considered a public health success, but one of the critical costs of the legal sales age policy is a correlated increase in underaged drinking. Federal data demonstrate that alcohol use is more rampant than the use of cigarettes, marijuana, and e-cigarettes.

What is the truth?

It should also be noted the underaged drunk driving remains the leading cause of death for minors under the age of 21. One assessment that can be made is that the alcohol policies, like the vaping policies we’ve seen the last year, are merely incremental measures that have minimal impact. If the intention of the government is to clearly prevent a practice or behavior like underage drinking, then policies must be developed to provide an equitable balance of implementation. Rather, such neglect leads to a patchwork of contradicting policy.

“I’m supportive of a national action to raise the minimum age of purchase to 21 for all tobacco products,” Boyd said pragmatically. “Unfortunately, by the sounds of it, only vaping products will be subject to this change, which I find problematic.”

Most Americans, according to new polling data, believe that vaping is much more dangerous than smoking tobacco or marijuana flora. Though there is a justification that marijuana is safer than combustible tobacco, the act of vaping nicotine, CBD, or THC still reduces the elements of burning offering a cleaner delivery for the substance.

“Combustible cigarettes are far more harmful than vapor products, yet 18 to 20-year-olds in states that have not yet adopted 21 to purchase laws would still have access to combustible products,” Boyd said. Much of this isn’t to undercut the potential reduction of underaged use through an age lifting measure. However, as argued by these two fine experts and myself in previous work, the age issue is a challenging one, to say the least.

“This is potentially great news,” Siegel said, speaking in regards to Trump’s remarks.

Vaping products should be left at the current legal sales of 18 years so that underaged smokers can obtain a smoke-free alternative a lot sooner in their life. However, there is also the risk that such a policy could still contribute to the trends of youth uptake. But, there is also a possibility that lifting the sales age to 21 could have a negative impact and drive more illicit circulation of vaping products among minors.

Dr. Michael Siegel, a professor of community health sciences at Boston University, in Boston, Mass., shares the sentiment that a pragmatic policy that combines industry-informed regulation.

“This is potentially great news,” Siegel said, speaking in regards to Trump’s remarks. However, he still takes issue with the fact that a ban on flavored products is still expected. “Although it is difficult to draw any conclusions from these type of statements, at least there is a hint that the administration recognizes the impact a flavor ban would have on thousands of Vape shops and is perhaps looking for alternatives that would help protect youth but not decimate the e-cigarette market,” he added. However, he is right to say that we are at a point of speculation at the time of this piece.

Previously, state lawmakers have advanced proposals to raise the legal sales age on only e-cigarette products. These policies similarily carve out cigarettes, while presenting vapor products like a product that is far more harmful. Though e-cigarettes don’t come without their risks, a growing body of academic work from around the world has solidified the risk-reduced characteristics of vaping.