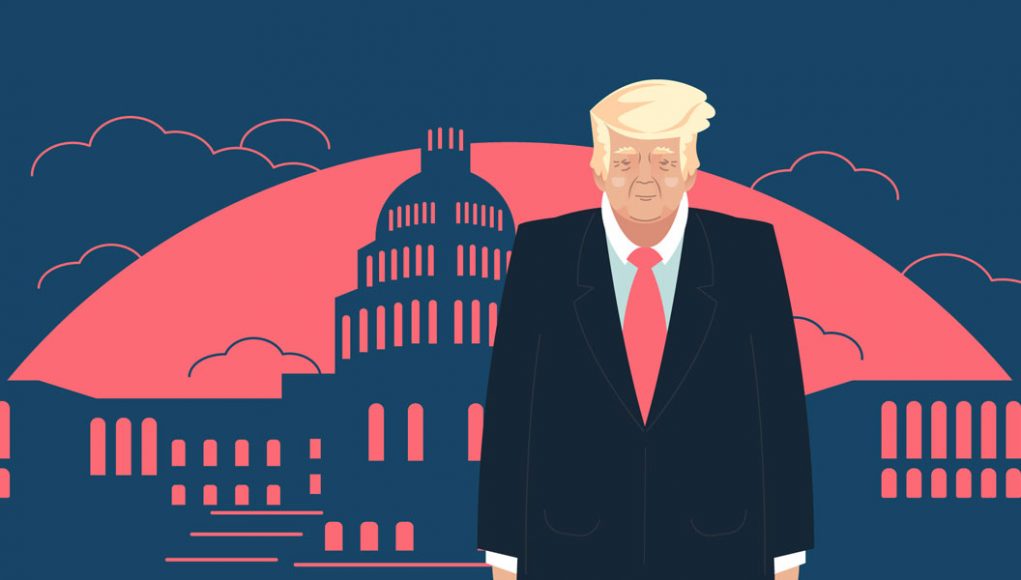 The U.S. President Donald Trump, the Republican incumbent due for reelection in 2020, has announced that he is directing his administration to consider all options in addressing the recent rash of health scares from vaping.

Secretary of Health and Human Services Alex Azar and acting Food and Drug Administration commissioner Ned Sharpless met with the president at the White House to discuss potential restrictions.

One of these restrictions is a nationwide ban on flavored products. Trump confirmed this, during an oval office meeting at the White House with Azar and Sharpless. No details have yet been released.

“The Trump Administration is making it clear that we intend to clear the market of flavored e-cigarettes to reverse the deeply concerning epidemic of youth e-cigarette use that is impacting children, families, schools and communities,” Health and Human Services Secretary Alex Azar said in a statement. “We will not stand idly by as these products become an on-ramp to combustible cigarettes or nicotine addiction for a generation of youth.”

Citing the noncommunicable respiratory disease outbreak and the need to prevent minors from accessing flavored e-cigarette products, non-tobacco characterized flavors like chocolate, berry, among countless others could be removed from the market if such a policy is implemented.

Like the recent flavored e-cigarette ban in Michigan, any adverse action taken against flavors will come in the form of either executive action or emergency rulemaking from the Department of Health and Human Services and the FDA.

Many of the cases of severe respiratory illness have been linked to contaminated THC products purchased through legal and illicit means. There are over 400 cases in over 30 states with five confirmed deaths.

Sen. Mitt Romney, a Republican from Utah, also announced that he is alarmed by the cases of lung illness and the potential for minors to the only vape because of flavors.

New York Gov. Andrew Cuomo, a Democrat, is additionally preparing to issue an executive order in his state to ban flavors. A source in the state’s Department of Health has confirmed this.

Vaping Post has reached out Sen. Romney and the Department of Health and Human Services for comment. We will update this post and provide further reporting and analysis as more details become available.

This is a developing story. Updates are rolling in slowly.

Gregory Conley, the president of the American Vaping Association advocacy organization, sent us a statement highlighting the organization’s reaction to Trump’s announcement. Here is his full comment:

“We are deeply disappointed in the President’s decision to take direction from anti-vaping activists like Mike Bloomberg by attempting to ban the sale of nearly every vaping product on the market. A ban will remove life-changing options from the market that have been used by several million American adults to quit smoking.

“In the history of the United States, prohibition has never worked. It didn’t work with alcohol. It hasn’t worked with marijuana. It won’t work with e-cigarettes. The President should meet with just one of the millions of American voters who have used flavors to quit smoking before moving forward on this draconian approach to regulation and public policy. Destroying thousands of small businesses and sending ex-smokers back to smoking will do nothing to stop drug dealers from selling contaminated THC cartridges. A flavor ban will only lead to the creation of yet another multibillion-dollar black market that will operate with zero safety controls.”