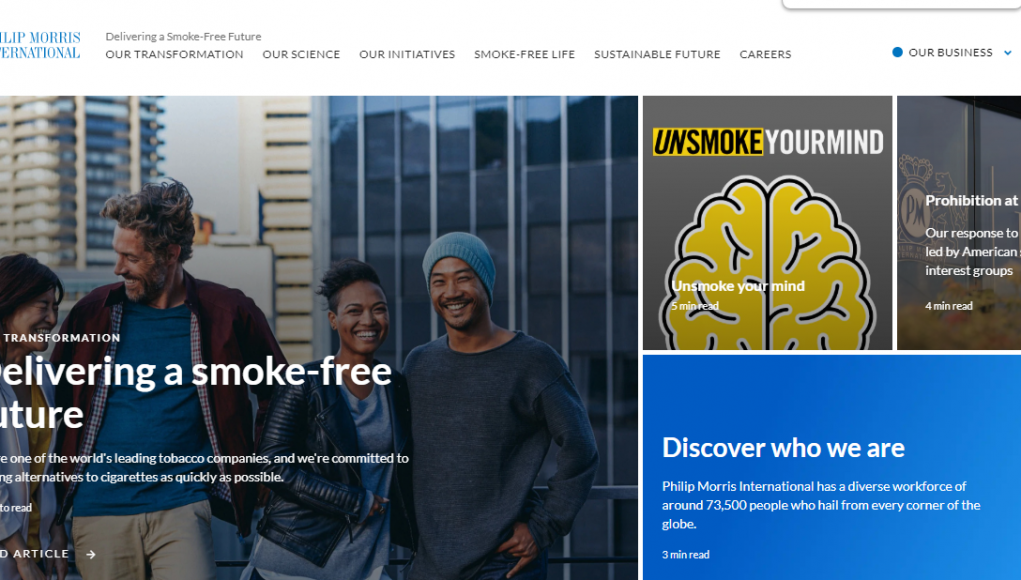 Facebook
Twitter
Pinterest
WhatsApp
A measure supported by PMI would lift the current advertising and marketing ban on e-cigarettes.
Leaked documents have revealed that the PMI fund would be made available to UK authorities and Public Health England (PHE) with the aim of encouraging smokers to switch to safer alternatives such as PMI’s own “heat not burn” smokeless tobacco product, IQOS. The documents show discussions about presenting a smoke-free bill proposing the fund to the House of Commons, which if passed, would result in lifting the current advertising and marketing ban on e-cigarettes.

This is the latest in a series of actions by PMI aimed at gaining credibility and changing the public’s perception from that of being a cancer causing villain, to being part of the solution to combat smoking. Deborah Arnott, chief executive from Action on Smoking and Health (Ash), said that the tobacco company’s approach is “breathtakingly hypocritical”.

Similarly in 2018, the tobacco company had launched a controversial advertising campaign, consisting of full page ads in leading newspapers claiming they wanted to “give up cigarettes”. The ads were met with outrage from anti-tobacco activists, but  the company had gone further saying that it wants to reach this goal by 2030.

Last Summer, the tobacco giant renewed its call for continued action against illicit tobacco trade following the release of a new report produced by KPMG, indicating the challenges and financial costs associated with illicit trade. The “Stella Report,” had indicated that the 2018 consumption of counterfeit and contraband cigarettes in the EU was estimated at 8.6 percent of total consumption, representing 43.6 billion cigarettes.

The KPMG report which was commissioned by PMI, had also revealed that the black market for cigarettes in the EU cost governments a total of 10 billion euros in lost tax revenues and was equivalent in size to the total legal cigarette sales in the U.K., Austria and Denmark combined. The illicit cigarette consumption levels seem to have remained stable from last year, however the report indicated a 30% increase in counterfeit consumption, the largest amount recorded to date.

“For PMI to have an impact in our drive to unsmoke the world, we must sustain our combined efforts to eliminate illicit cigarette trade, while ensuring responsible access to better alternatives for the men and women who would otherwise continue to smoke.”

PMI: Dialogue Needed Between the Industry & Health and Policy Experts