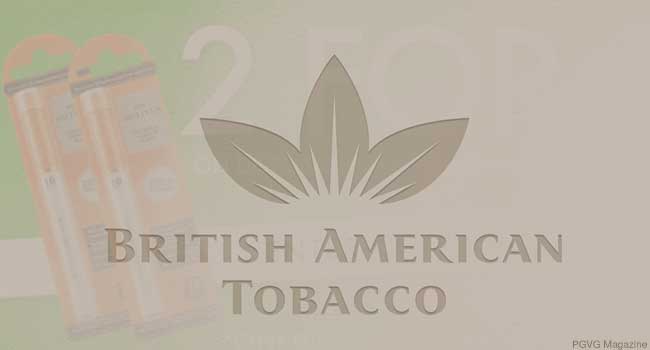 The world’s second largest tobacco company, which besides popular cigarette brands such as Dunhill and Rothmans, also sells a number of electronic devices such as Glo and Ifuse, has recently said that the coronavirus outbreak has not affected their revenue. BAT attributed this to the fact that even in the most affected countries, consumers continue to purchase their products.

BAT has adjusted the revenue predictions for 2020, from the predicted 3% and 5% to 1% and 3%, instead.
This comes as no surprise, as smokers and users of alternative nicotine products not only consider these products as a necessity, but are likely to use them even more during times of upheaval and high anxiety.

Finance Director Tadeu Marroco, said that the company did face some manufacturing disruptions in China, where the virus originated, however production resumed as soon as factories reopened. Marroco added that the main sales decline witnessed was that in duty-free shops, a negligible part of its business.

“We don’t see any change in patterns of consumption of cigarettes because of COVID-19,“ said Chief Executive Officer Jack Bowles, via webcast at the company’s capital markets day event. “It is a daily purchase, so consumers continue to go to shop, even in Italy and France where tobacco shops are still open.”

BATs expectations for global volumes down by a further 2%

Despite these claims, BAT has now adjusted the revenue predictions for 2020, which is now expected to grow in the range of 1% and 3%, instead of the predicted 3% and 5%. An article on the Wall Street Journal has reported that the tobacco company anticipates a full-year headwind of around 3% in adjusted revenue from the Covid situation.

Additionally, it has also downgraded its growth for adjusted diluted earnings per share, to a mid-single figure compared with its previous high-single figure views and postponed reaching its revenue-ambition of 5 billion pounds ($6.3 billion) to 2025, from its last expectations of reaching that revenue in 2023 or 2024.

With regards to its expectations for its global cigarette and tobacco heating products volumes, BAT has said that they are expected to be down by around 7%, rather than the 5% initially predicted.

Business Diane Caruana - December 4, 2020 0
The AEO Advanced Certification is considered a sort of global trade “VIP Pass” which reduces the time it takes to clear customs by about...

Business Diane Caruana - November 20, 2020 0
The study will be analysing the health effects and short- and long-term behavioural impacts of e-cigarettes, as compared to traditional cigarettes, using 3D printed...

Business Diane Caruana - November 16, 2020 5
A recent study conducted by the tobacco company to illustrate the relative safety of the products, analysed the toxicological impact of BAT's nicotine pouches...
Load more