The large-scale study titled, “Heating in vaping device as cause for lung injury, study shows,” was published in the Journal of the American Heart Association and initially set out to explore the effects of vaping on the cardiovascular system. However, experiments conducted on rodents indicated that e-cigarettes with nickel-chromium alloy heating elements led to lung injuries.

“The results were so impactful, we felt it imperative to release the initial findings early so that electronic cigarette users could be cautioned sooner, especially considering e-cigarette users are at increased risk of COVID-19,” said senior study author Dr. Robert Kloner.

Another researcher on the project, Dr. Michael Kleinman, said that the effects were noticeable immediately. “Within an hour of beginning an experiment, we observed evidence of severe respiratory distress, including laboured breathing, wheezing and panting. After analysing lung tissue from subjects in the study, we found them to be severely compromised and observed other serious changes such as lung lesions, red blood cell congestion, obliteration of alveolar spaces, and pneumonitis in some cases.”

The paper is incomplete

However, shockingly, as pointed out by the Canadian Vaping Association (CVA) and several THR experts, the study fails to disclose how these effects were determined. “Researchers fail to provide any detail on methods used for their vapour exposure system to determine if the study accurately mimicked practical use by a human.”

“The study states, ‘The lung injury occurred without nicotine, THC, or Vitamin E additives; and may also have been related to higher wattage of power settings on the E-cigarette devices.’ As the researchers have failed to disclose the exact atomizer and wattage used for the study, there is no way to verify if the study followed manufacturer guidelines,” added the CVA.

“The findings of this review indicate that ECs under normal conditions of use demonstrate far fewer respiratory risks than combustible tobacco cigarettes.”Prof. Riccardo Polosa

Meanwhile, an earlier study by award winning and renowned expert in tobacco harm reduction and respiratory expert, Prof. Riccardo Polosa, titled “Health effects in COPD smokers who switch to electronic cigarettes: a retrospective-prospective 3-year follow-up”, had indicated that patients suffering from the serious Chronic obstructive pulmonary disease (COPD) who had completely switched from cigarettes to e-cigarettes, reported improved respiratory symptoms. Meanwhile those who continued to smoke, experienced no change in either measure of disease severity.

“The present study suggests that EC (e-cigarette) use may ameliorate objective and subjective COPD outcomes and that the benefits gained may persist long-term. EC use may reverse some of the harm resulting from tobacco smoking in COPD patients,” concluded Polosa at the time.

Similarly, a comprehensive review also conducted by Polosa in August 2019, which was carried out with the aim of analysing the effects of vaping on lung health in comparison to those of smoking, had confirmed once again that vaping is much less harmful.

“We critically assess published research on the respiratory system investigating the effects of ECs in pre-clinical models, clinical studies of people who switched to ECs from tobacco cigarettes, and population surveys. We assess the studies for the quality of their methodology and accuracy of their interpretation. To adequately assess the impact of EC use on human health, addressing common mistakes and developing robust and realistic methodological recommendations is an urgent priority,” read the study Abstract.

“The findings of this review indicate that ECs under normal conditions of use demonstrate far fewer respiratory risks than combustible tobacco cigarettes. EC users and smokers considering ECs have the right to be informed about the relative risks of EC use, and to be made aware that findings of studies published by the media are not always reliable,” concluded Polosa once again. 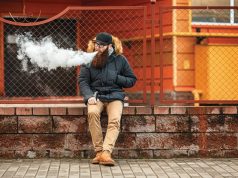 Diane Caruana - November 12, 2019 0
In a post on his blog page, Professor in the Department of Community Health Sciences at Boston University’s  School of Public Health, Dr. Michael...
Read more 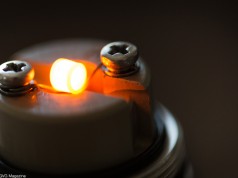 Diane Caruana - February 9, 2018 1
The study was conducted by the renowned Professor Polosa, who is Director of the Institute of Internal Medicine and Anti Smoking Center at the University...
Read more

Community Diane Caruana - October 19, 2020 0
“During the course of the investigation, detectives were able to identify that the Vape Shop employees were selling cocaine, crystal methamphetamine, LSD, and THC...

Science Diane Caruana - October 19, 2020 0
Introduced in 2017, the aim of the EU Tobacco Products Directive (TPD) is to educate the public about the risks of vaping and prevent...

Science Diane Caruana - October 19, 2020 0
It is already widely known that exposure to tobacco smoke during development harms children, with non-coding ‘epigenetic’ changes to DNA reported repeatedly as a...