The U.S. House of Representatives approved the decriminalization of recreational marijuana across the country.

– The proposal in question is known as the MORE Act, or the Marijuana Opportunity, Reinvestment, and Expungement Act.

– Lawmakers voted 228 to 164 votes in favor of the MORE Act, which federally decriminalized marijuana and permitted the expungement of prior cannabis convictions.

The MORE Act also improves the regulatory environment for a national recreational and medicinal marijuana industry.

Rep. Earl Blumenauer, a Democrat from Oregon, said that the bill’s passage is a solid development for the marijuana lobby.

“There’s a whole range of things that the MORE Act fixes,” he said. “But most important is it stops this failed war on drugs that is so unfair to Americans of color, particularly black and brown.”

“It will stop the federal interference with research. It’ll allow this emerging market to thrive, make it possible for more people to participate, and be able to get on with their lives,” Blumenauer added.

If the MORE Act passes the Senate and is signed into law by the next president, the nationwide marijuana industry will see major expansion. For the vaping segment, the national market for cannabis-containing e-liquids and vapor products could, itself, be a multi-million-dollar industry in its first years.

Other lawmakers who support marijuana legalization, via the passage of the MORE Act, include House Speaker Nancy Pelosi, a Democrat from California, most Democrats in the House, and select few Republicans who are in favor of marijuana legalization and ending the draconian war on drugs. Six Democrats voted against the MORE Act, with only five Republicans voting in favor, via vote tabulations reported by Rolling Stone.

Libertarian lawmaker Justin Amash, a former Republican who defected after he disavowed his former party’s blind support for lame-duck President Donald Trump, voted in favor of the bill as well. 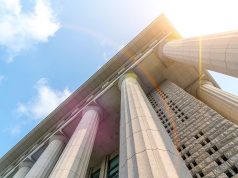 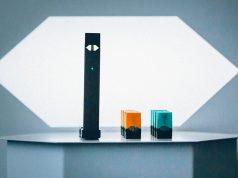