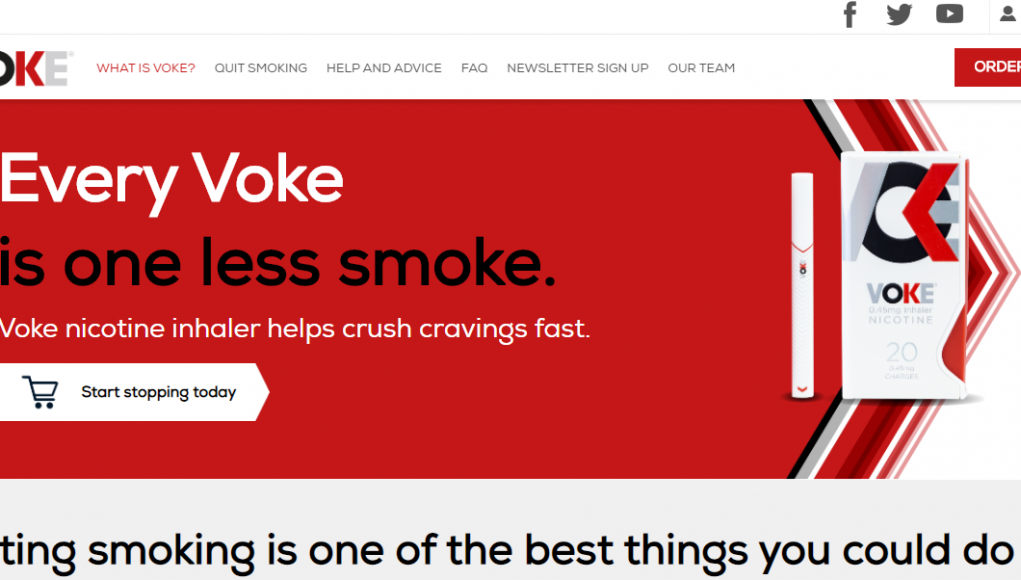 Called Voke, this innovative product delivers rapid nicotine craving relief without heat, combustion or vapour, and had been in the making for years. It is considered safe to use even in pregnancy and is renowned for being user friendly.

Similar to vapes, the administration Voke mimics that of smoking. Moreover, in this case the device looks a lot like a packet of cigarettes, including a rectangular box, and a plastic cigarette which slots into it. The price is also similar, with 20 charges costing £11.99.

These features coupled with the fact that the product was licensed as a medicine and a safer alternative to smoking, by the Medicine and Healthcare products Regulatory Agency (MHRA), had set high expectations for Voke in terms of success. However, this has not been the case.

Since it was founded in 2006, the venture had raised £140 million and attracted investments from major players including tobacco company British American Tobacco. Voke has also been endorsed by Public Health England as a safer alternative to smoking, and used in pilot programmes launched by several NHS trusts.

However, a recent article on Sky News has reported that the manufacturer of Voke, Kind Consumer, has been forced to call in administrators from Smith & Williamson, after fund manager Neil Woodford failed to secure a fresh round of funding.

Sadly, the company’s collapse which came ahead of a proposed relaunch of Voke’s range in 2022, will lead to substantial losses for investors. Kind Consumer’s chief executive, Alan Sutherland, is believed to have informed shareholders that there was only a “slim prospect” of any return to them from the insolvency process.

The Marketing Campaign for Voke Spreads False Information About E-Cigs