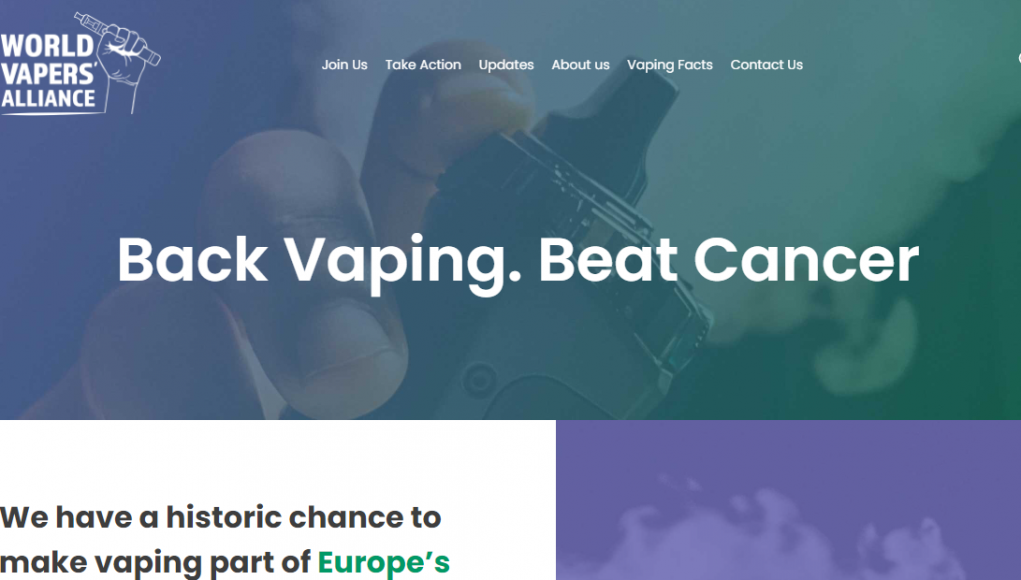 The plan is due for launch on the 3rd of February, and leaked drafts of the plan are causing major concern amongst Europe’s Vaping groups. “Europe’s Beating Cancer Plan is a historic chance to beat cancer and the Commission is about to botch it. Vaping is not the same as smoking and treating the two as the same is a mistake that could prevent thousands of smokers from quitting. What we have seen in the leaked plan is very concerning and I hope that the version announced will correct this flawed approach,” said WVA Director, Michael Landl.

A press release by the WVA, explained that the EC Europe Beating Cancer Plan looks to:

“We should be led by science and not by ideology on this issue. Europe’s Beating Cancer plan must acknowledge vaping is not smoking, and actively encourage smokers who are not willing or not able to quit to switch to e-cigarettes. Otherwise the goal of eradicating cancer in Europe cannot be achieved. I truly hope that what the Commission publishes on vaping will look very different to what we see in this leaked document or the future for vaping in Europe looks pretty bleak. If this is what we get from the Commission, then I hope we see Members of the European Parliament push back against these misguided proposals,” added Landl.

Meanwhile, the WVA’s own anti-cancer campaign, BACK VAPING. BEAT CANCER campaign, has been ongoing for 6 months now. The initiative encourages European vapers to #backvapingbeatcancer, by sharing their success stories related to how vaping helped them quit smoking. European vapers are also being encouraged to get in touch with their elected representatives, in the hope that they can influence policy changes.

“Smoking is the leading cause of cancer in Europe and vaping has helped hundreds of thousands of smokers to quit smoking once and for all. We want to see policymakers introduce vaping in the EU Beating Cancer Plan to ensure millions of Europeans can benefit from a successful and efficient method of quitting smoking for good,” said Landl, upon launching the WVA campaign.

52 Years old, smoking since I was 7 years old. Never able to quit. Bought a cheap £10 vaping pen, August 2015 and stopped smoking for 3 months but after 3 pens breaking went back to smoking. Bought a decent Vape kit 6th Jan 2020 and have been off cigarettes since. Stopped coughing, Chest is better, 10 times fitter now and owe it all to vaping. #backvapingbeatcancer