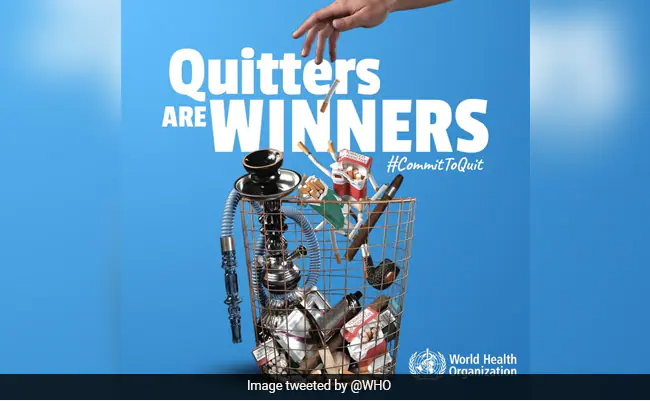 Contradicting all the scientific research indicating the benefits obtained by switching from smoking to vaping, the WHO keeps using World No Tobacco Day to push its anti-vaping agenda. In total contrast with other health entities such as Public Health England (PHE), in 2020 the WHO inaccurately claimed that ENDS and smokeless alternatives do not help smokers quit smoking; are more harmful than combustible tobacco; and that nicotine is equivalent to heroin in terms of addictiveness.

A year later, in a press release titled “Quit tobacco to be a winner,” the WHO is at it once again. It insists that the tobacco industry has “promoted e-cigarettes as cessation aids under the guises of contributing to global tobacco control.” Insisting on referring to the vaping industry as the tobacco industry, the WHO added that it employed “strategic marketing tactics to hook children on this same portfolio of products, making them available in over 15,000 attractive flavors.”

“We must be guided by science and evidence, not the marketing campaigns of the tobacco industry—the same industry that has engaged in decades of lies and deceit to sell products that have killed hundreds of millions of people,” said WHO Director-General Dr. Tedros Adhanom Ghebreyesus. “E-cigarettes generate toxic chemicals, which have been linked to harmful health effects such as cardiovascular disease and lung disorders.”

The agency went to on to claim that the scientific evidence on e-cigarettes as cessation aids was “inconclusive,” and that “switching from conventional tobacco products to e-cigarettes is not quitting.” Sadly these statements couldn’t be further from the truth as there are countless peer-reviewed studies conducted by independent public health experts which indicate otherwise.

“The WHO has taken this anti-vaping position—repeatedly—in the past and seemingly continues to ignore a burgeoning body of evidence to the contrary. Despite including “harm reduction strategies” in its definition of “tobacco control,” the agency remains steadfast in denying the expert opinions of an expanding number of academics and scientific bodies—like the UK’s Royal College of Physicians and the US National Academies of Science, Engineering and Medicine—that vaping is much less harmful than smoking,” points out an article on Filter.

Meanwhile, in a recent letter the Coalition of Asia Pacific Tobacco Harm Reduction Advocates (CAPHRA), has urged the WHO Executive Board to address concerns over the lack of transparency in a report, regarding the Tenth Meeting of the WHO Study Group on Tobacco Product Regulation. The group explained that the report failed to consider all the scientific evidence in favour of tobacco harm reduction strategies, such as the use of electronic cigarettes and heated tobacco products.

“The recommendations in this report may further hinder effective access to lower-risk products as a result of the Study Group’s Report in a region of the world with the most harm from combustible and unsafe oral tobacco use,” said CAPHRA.

The group’s Executive Coordinator Nancy Loucas, said the Study Group Report reviewed nine background papers and two horizon scanning papers, however they did not share the actual papers, or share reference links. Similarly, the Report also stated that their recommendations were assisted by discussions with “invited subject-matter experts”, however once again, the names of these experts were also not made known.