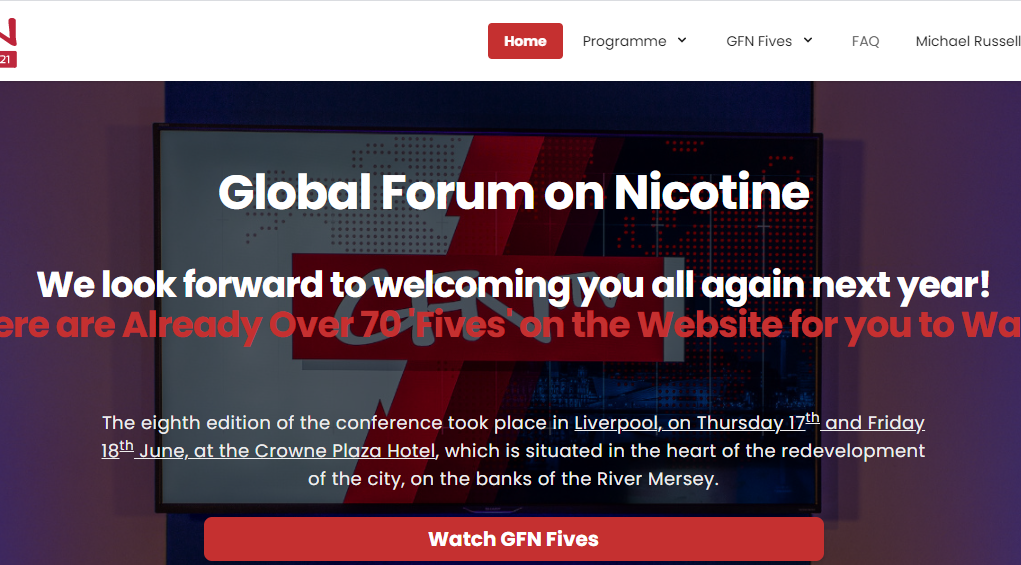 As promised, GFN21 has addressed many of the concerns prompted by recent reviews and reports and discussed how they have impacted the vape industry and public health. Moreover, these reports were discussed in the context of their implications for the infamous WHO FCTC COP 9 meeting, taking place later this year.

The event featured a number of renowned expert speakers who presented perspectives from the the arenas of health, tobacco harm reduction, the vaping industry, and consumer rights. Amid a packed and varied programme, the message from the 30 speakers who joined the Forum live or online, was the dire need for policymakers in public health and tobacco control to listen to both the science on tobacco harm reduction and the experiences of consumers who are benefiting from it every day.

A number of the formal presentations in the program were posted on the event website in advance, with the aim of providing the maximum time for presenters to engage in live hosted panel discussions and debates, and maximize opportunities for participants to comment and ask questions online. The conference watched by 1100 participants from 87 countries

Professor Gerry Stimson, Emeritus Professor at Imperial College London and a founder of the Global Forum on Nicotine, spoke about raising awareness with regards to safer alternatives.

“Much of what I have seen and heard over the last couple of days has been encouraging; it feels as though we’re on the right trajectory. Consumers all over the world are becoming aware of the opportunities offered by safer nicotine products, and innovations in the market will, I believe, lead to the eventual obsolescence of combustible cigarettes. The question is how to speed up the process and scale up, so that tobacco harm reduction reaches all smokers, everywhere, as quickly as possible.”

Fiona Patten MP and Leader of the Reason Party, Australia discussed how politics and science are often findings themselves on opposite sides of harm reduction.

“In Australia, governments have consistently stated that drug use must be treated as a health issue not a criminal one. But when it comes to nicotine, they are actively making criminals out of users. And not all nicotine users. Just those who are trying to end their deadly relationship with combustible tobacco.

Most political parties refuse to accept donations from big tobacco – yet they still protect it. For decades they ignored the science about the dangers of smoking, but today they argue that there is not enough science to sanction alternative nicotine products. The ‘listen to the evidence and the experts’ mantra has been on high rotation in all politician’s speaking notes over the past 18 months. So now may be the time to extend this new-found respect for science and health experts to change tobacco harm reduction policy in Australia.”

Jon Fell, a founder of investment company Ash Park, explained that the tobacco industry involvement is causing significant discomfort to those concerned with the health impact of combustible tobacco.

“I respect those whose personal moral views mean they don’t want to own tobacco stocks. But I equate the divestment-in-all-circumstances approach with a bit of an abdication of responsibility: it might make the seller feel good, but it doesn’t really address the underlying problem.

Shareholder engagement with controversial companies recently hit the headlines in the fossil fuels sector, with activists winning battles against ExxonMobil, Chevron and Shell. Is tobacco uniquely toxic as an industry – even compared to oil and gas? In the same way that we want oil companies to transition their business models towards cleaner energy and reduced carbon emissions, don’t we also want to encourage tobacco companies to shift their business as much as they can towards reduced-harm forms of tobacco and nicotine use?

The critical thing to note is that investors do care. The market is putting a much higher valuation on companies that are making that transition away from combustible products. And companies certainly notice that.”

The renowned Dr. Derek Yach, an anti-smoking advocate for more than 30 years, and president of the Foundation for a Smoke-Free World, discussed the difficult “cultural and political work,” that is yet to be done for everyone to be on the same page.

“All bodies following the science appear to have arrived at the same conclusion: harm-reduced products (HRPs) can play an important role in combating the world’s tobacco crisis. By contrast, institutions attached more to ideology than evidence remain opposed to innovation in this space. There now exist two distinct silos in tobacco research: one in which the evidence for harm reduction is robust and growing; and one in which such evidence does not exist.

In some cases, opponents cite clause 5.3 of FCTC to justify the wholesale rejection of industry research. This clause is appropriately intended to prevent conflicts of interests among parties to the FCTC – which is to say, among governments. But the clear implementation guidelines for clause 5.3 do not mention bans, prohibitions or boycotts. And they certainly don’t endorse the harassment of scientists.

Ad hominem attacks on industry researchers are unacceptable. In addition to lacking in integrity, these practices impede the adoption of measures that could save the lives of current smokers. Clinicians and policymakers need easy access to the full body of science if they are to make informed decisions about clinical care and public policy.”

The event provided plenty of opportunities and resources enabling participants to chat online and even deliver their own short presentations: ‘GFN Fives’. The event organizers have now made access of the recorded presentations available for anyone who may have missed them, or wishes to re-watch them:

(1) Direct links to panelist presentations that were discussed during the live sessions: 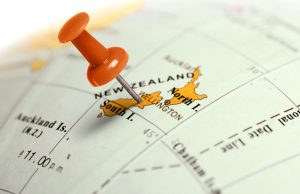