This way of vaping has just one simple aim: to make as much vapour as possible. The practice is so popular that it is sometimes featured at vaping fairs. So just how do they do it? Is it their kit or how they vape? It’s both!

To make big vapour cloud with your e-cigarette, you first need to get hold of a clearomizer or an atomizer that lets you inhale directly. We’ve talked a lot about direct inhalation on the site already. It just means inhaling the vapour directly into your lungs without holding it in your mouth first.

We’ve also pointed out several times on our site that e-cigarettes are not without their risks. Vapour can actually contain certain toxins and inhaling large quantities of these obviously impacts the risk-reduction vaping offers compared to smoking tobacco. So, as a general rule, it’s better to vape as little as possible. Having said that, let’s take a look at the hardware.

The clearomizers and atomizers for direct inhalation that are used to produce big clouds have something in common, and that’s the value of the resistance coils they use. They’re very often less than 1 Ohm. This type of clearomizer is called a sub-ohm clearomizer. They are used at very high power. That means the mod setting can go a long way over 140 or even 150 W. Take care, because you need a good understanding of safety to use a sub-ohm. Take a look at our articles on the subject.

A nicotine-free e-liquid with a high vegetable glycerine content

To make their e-cigarettes produce a lot of vapour, vapers often choose liquids that contain a high level of vegetable glycerine. Vegetable glycerine does produce more vapour than propylene glycol, but can’t hold or deliver as much flavour. But cloud chasers aren’t all that interested in flavour. What matters is the way it looks.

We’d also like to remind you that making big clouds probably won’t help you improve your chances of quitting smoking. If you are trying to stop smoking, we strongly recommend that you use a clearomizer for indirect inhalation, a high level of nicotine and the appropriate power level. Cloud chasing is also a very bad idea if you’re using high-nicotine liquids. If you’re a reckless type, you could always try directly inhaling a puff using a sub-ohm clearomizer and an 18 mg/ml nicotine liquid. If that doesn’t make you cough, something’s not right.

Respect those around you

So to sum up, you’ll be able to make big clouds if you have a sub-ohm clearomizer, a powerful mod, a liquid with a high vegetable glycerine content but no nicotine… and a good direct inhalation technique. Now you know all there is to know about cloud chasing! 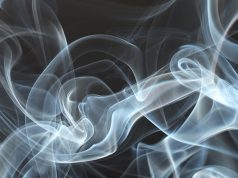 How do you make more vapour with your e-cigarette? 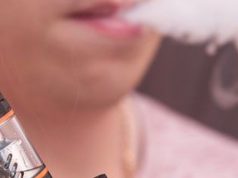