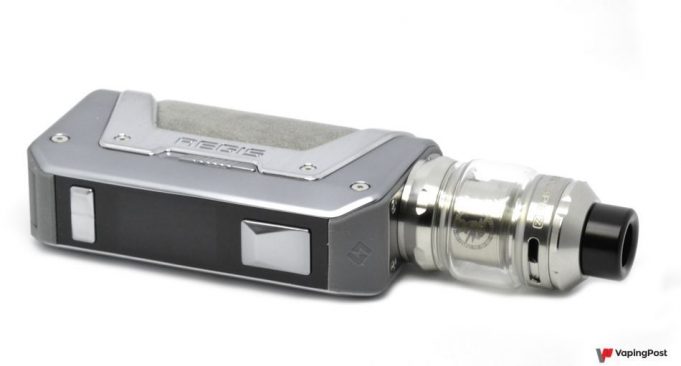 The Chinese manufacturer Geekvape pulled out all the stops for its presentation of its new collections. The Aegis Legend 2 or L200 is the kit eagerly expected by many vapers, but does it fulfil its commitments?

The buzz around the launch of the new Aegis Legend 2 kit caused quite a sensation in the vaping world. With a live event worthy of an American presentation, it was a not-to-be-missed launch for the brand’s fans. We had the opportunity to test this new combo which seems promising. This easy-to-use kit uses dual 18650 batteries delivering up to 200W and a clearomizer for direct to lung vaping. 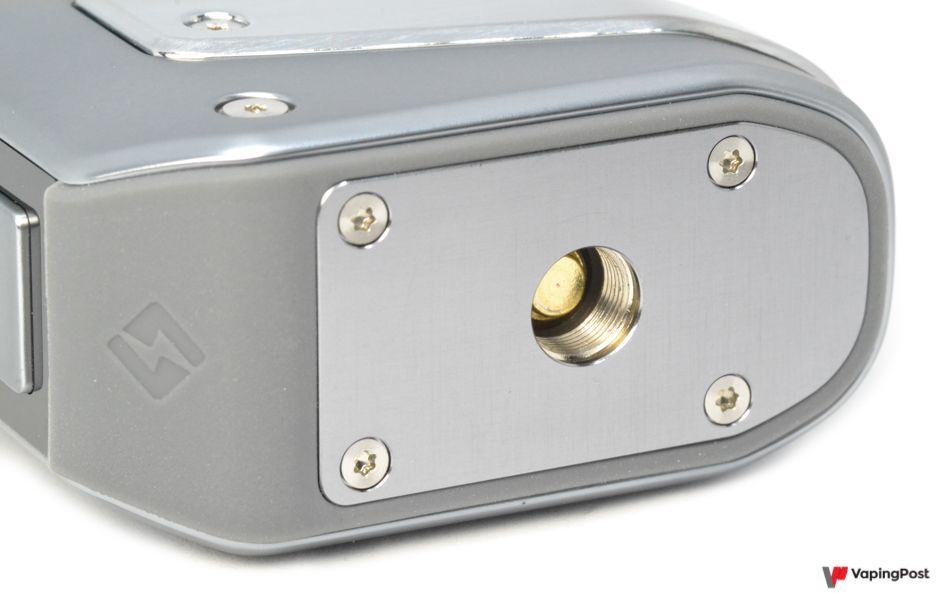 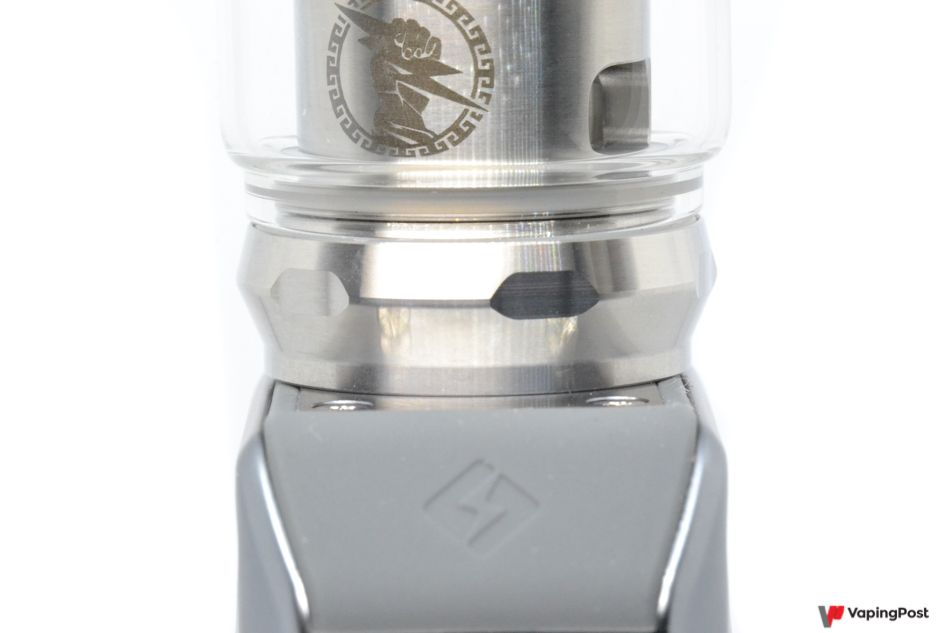 The different parts on the top of the box, in particular the outermost part, are bevelled in relation to the flat part. With the clearomizer supplied in the kit, which has a fairly narrow base, everything appears well aligned. With a 25 or 26mm diameter atomizer, nothing overhangs the maximum width of the box but the bevelled effect gives the impression that it does. There is a gap between the base of the atomizer and the angled edge of the box. This is an aspect to take into consideration if you are a perfectionist or like a perfect line. Maybe a completely flat plate would have sorted this detail, but this angular shape is also part of the design of the box. 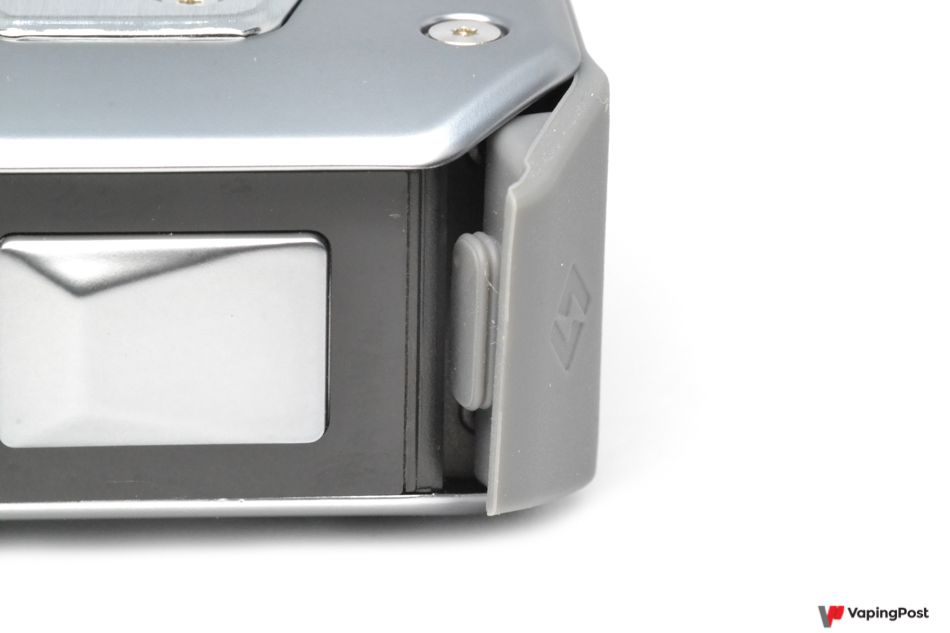 The silicon part contributes to the box’s IP68 rating. A flap lifts up on the front edge to access the USB-C port for charging and to update the electronics. It is thick and doesn’t budge. It is beautifully integrated and in no way spoils the overall appearance of the box. It is quite innovative to find a charging port at the top of a box, but you quickly get used to it. 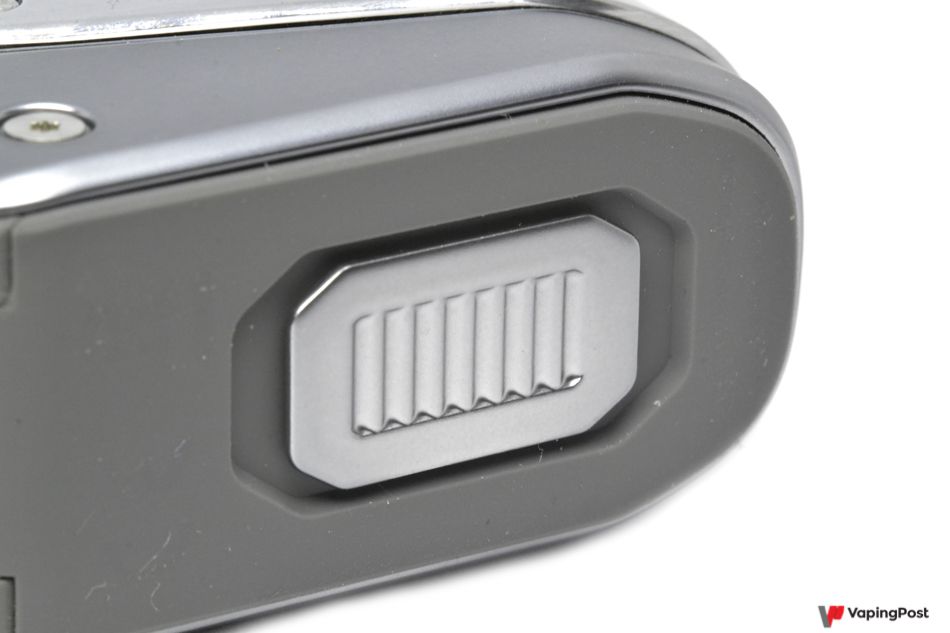 The bottom of the box has a grooved tab that slides to open the battery compartment. Like the top of the box, this part is fitted with silicon to ensure the box is airtight. The door is thick and can withstand being dropped, which is important. There have been a few changes between the first Aegis Legend and this new model. The overall design leaves no doubt as to its Aegis spirit, but this new version of the Legend has fewer rubberised parts. It might be more susceptible to scratches, but it is still just as sturdy, being reinforced in the most sensitive areas. 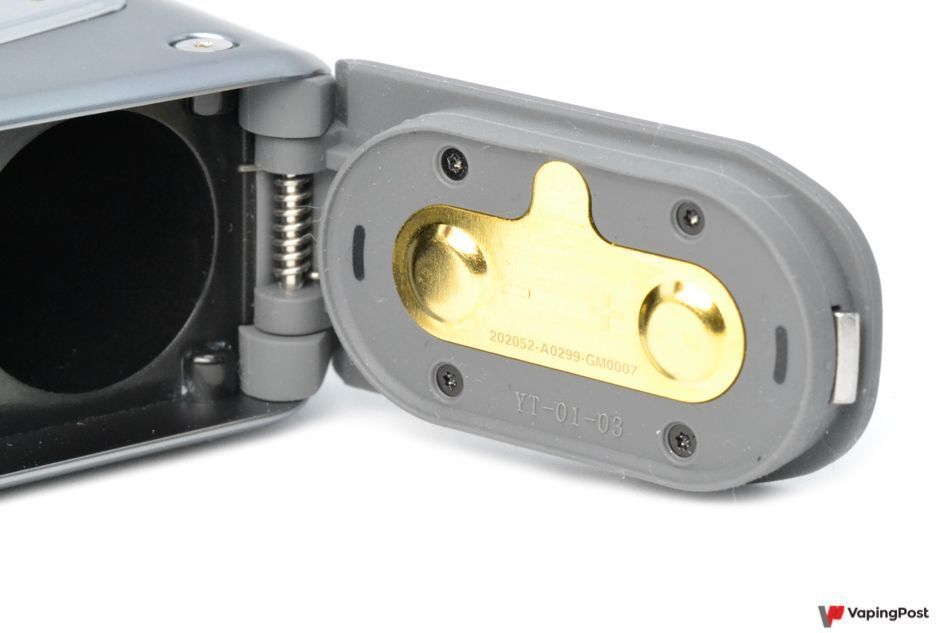 The battery door has almost no lateral play. It is well-protected from sand, splashes of water or other damage by its thick layer of silicon. The polarity is marked on the door and in the bottom of the box. The width of the box when stood on a table or desk is not very great but the box is stable and doesn’t topple over easily, even when the completely full clearomizer is mounted on the top. 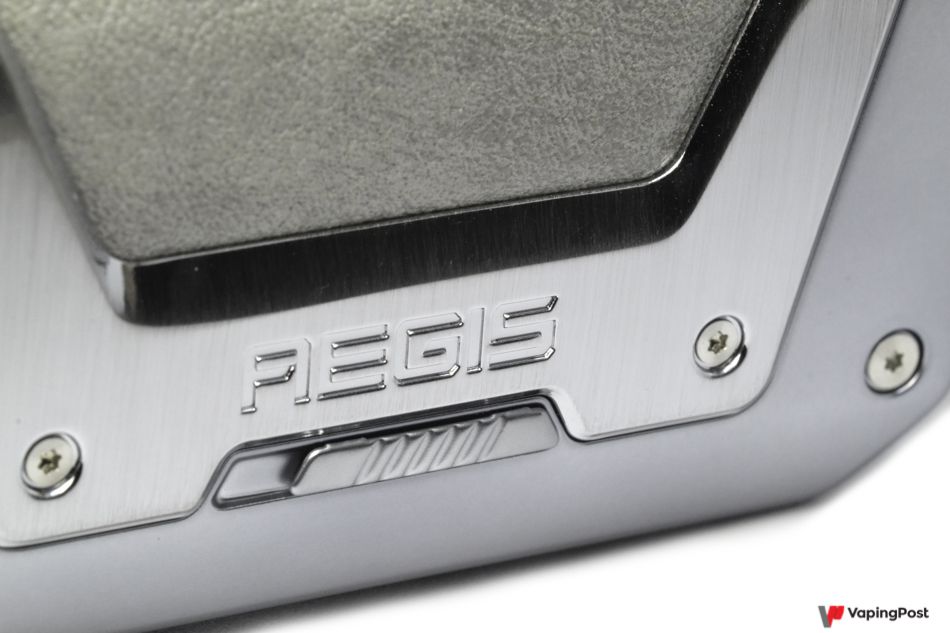 A new feature that is a great addition to the Aegis Legend 2 is a long button that slides sideways. This button is used to lock the box. Once the box is locked, its settings can’t be changed and vapour can’t be produced. It blends into the rest of the box very well and is particularly functional. When using the box on the go, it’s practical to be able to lock everything in record time, even if pressing three times didn’t take much longer. It makes it easy to operate without spoiling the design of the box. 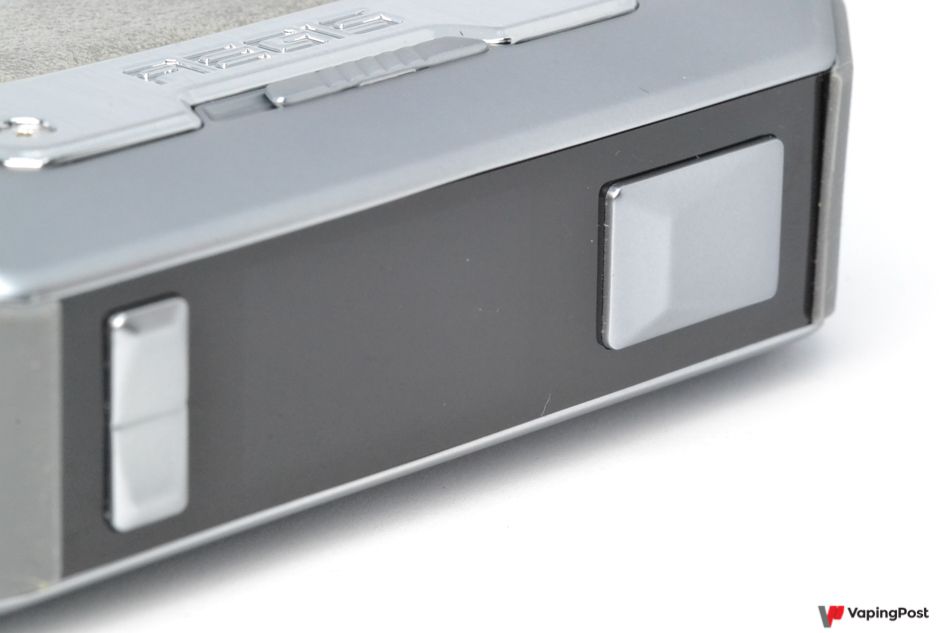 The front of the box is rather understated, with a fire button, a screen and two settings buttons. It is clean and pared back. The fire button is bevelled and fits naturally under your finger, whether you fire with your thumb or finger. 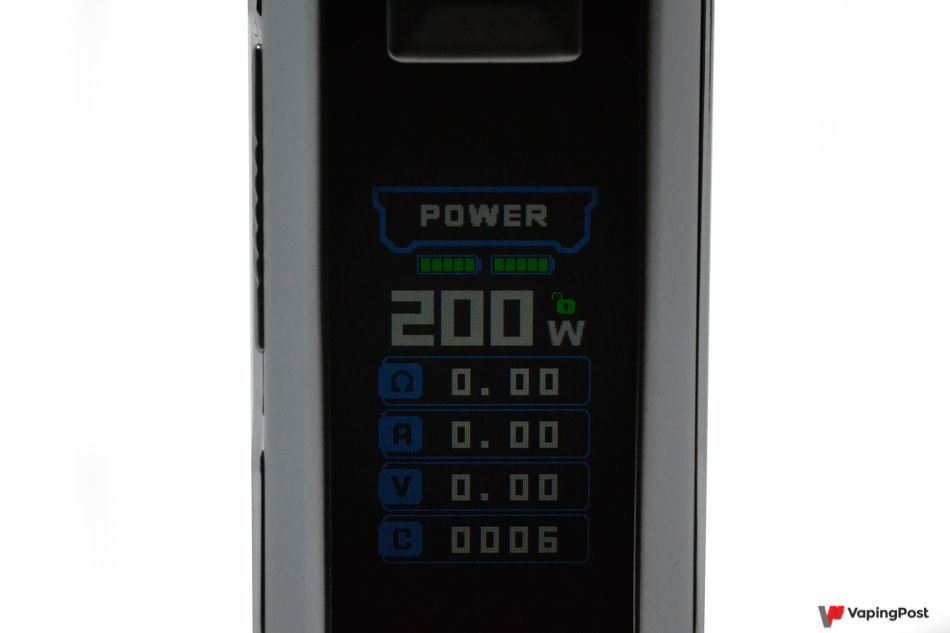 The box has a colour screen. It can be modified according to personal preference or depending on your mood. The display is sufficiently bright, even when using it in direct sunlight.. All the information you will need is present and visible at a glance. The box has a Power mode, temperature control for nickel, titanium and stainless steel, TCR, curve settings and a bypass. All the modes work without any problem. The box is responsive and delivers the power requested.

It should be said that some models, the very first ones to be  tested at international level, displayed some defects in the temperature control mode. This problem has pretty much been sorted, and our model passed the dry cotton test without a hitch. 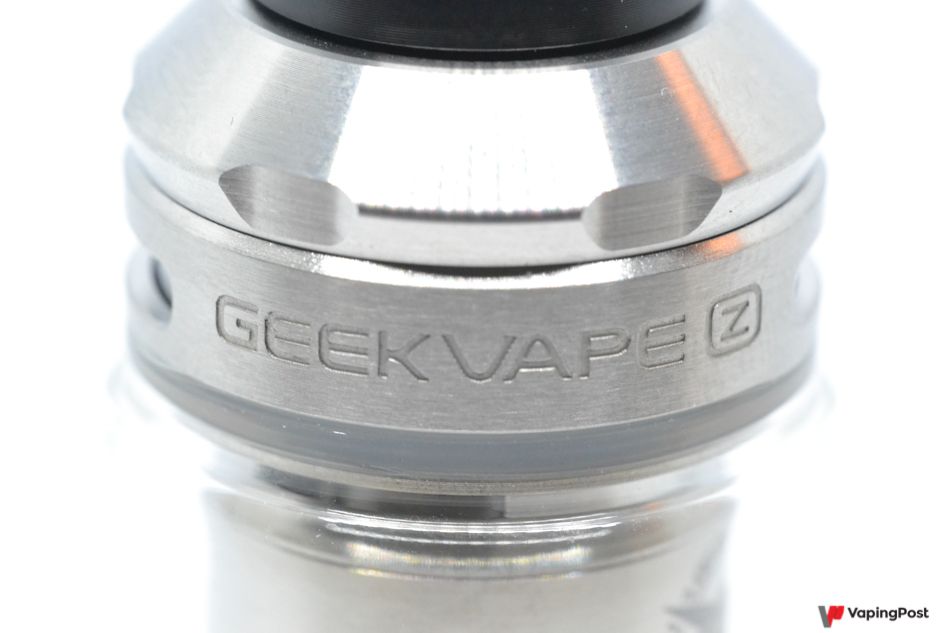 The Z Sub-ohm 2021 clearomizer is well made. Its top cap has machined notches around the rim, making it easy to grip for unscrewing. The name of the brand and the model are engraved on it. It is very clean for a mass-produced product. It is topped with a 810 drip tip that is nice to vape with and which can be changed for a standard model according to personal preference. It comes with two tanks, one of which is a 5.5ml bubble glass in keeping with the style of vape associated with it. 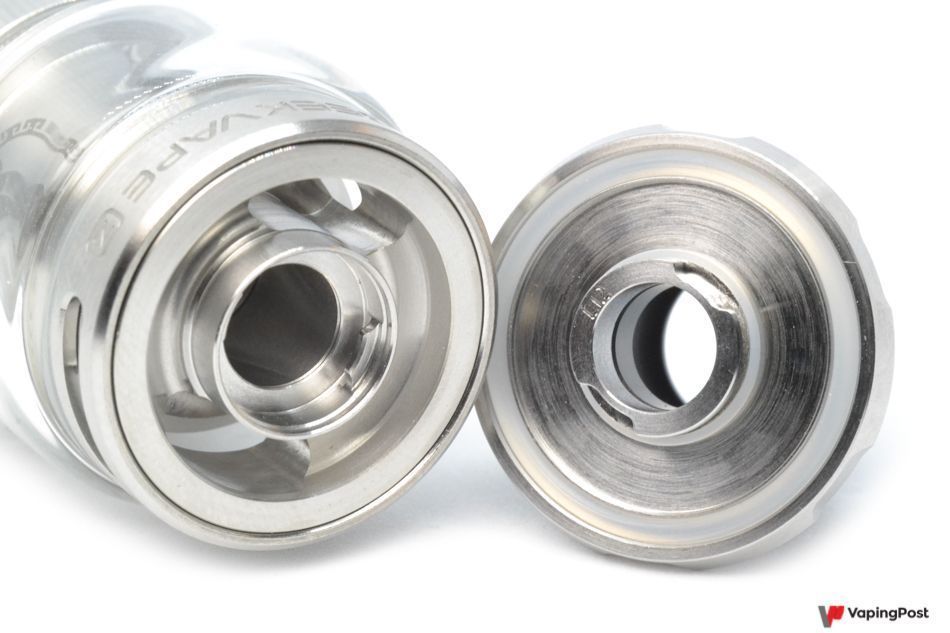 The top cap opens easily with a quarter turn system. It reveals two large holes for filling the tank with e-liquid. Most bottle nozzles fit without any difficulty. Only the largest should be avoided. 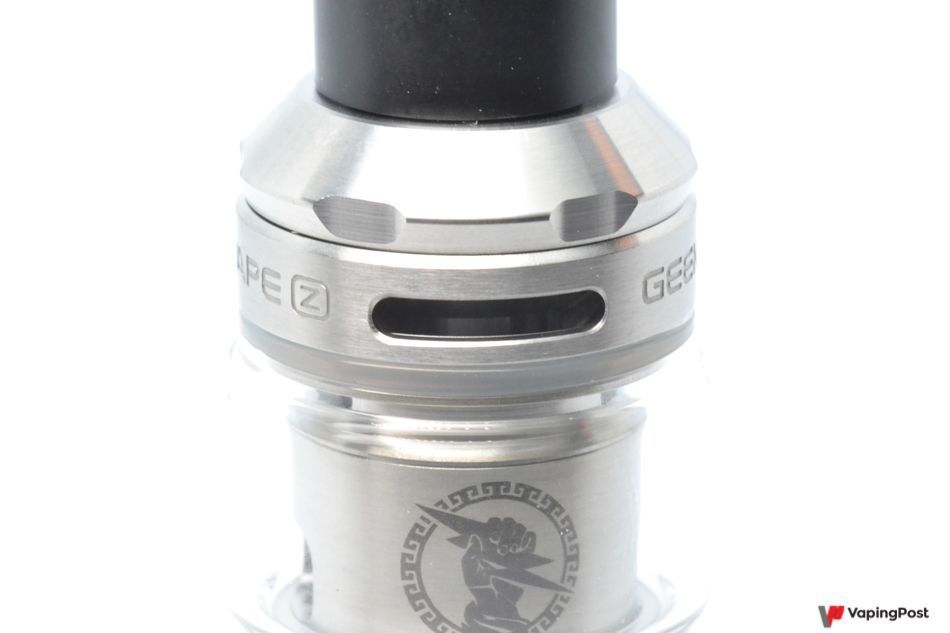 The Z Sub-ohm is a top airflow clearomizer. In other words, the airflow inlets are positioned at the top of the clearomizer. Whether or not you like this type of clearomizer, and therefore the inhalation experiences it provides, you can’t deny that this system is really practical. Impossible to leak, no matter the level of PG and VG used. The airflow ring allows big cloud direct-to-lung vaping.

Fitting the resistance coil is easy. It will only fit one way round. This is governed by the shape of the coil, which has outer tags that fit into two indents in the base of the tank. It’s impossible to get it wrong, and if you do, the clearomizer won’t close. The threading between the clearomizer body and its base is good and doesn’t stick. 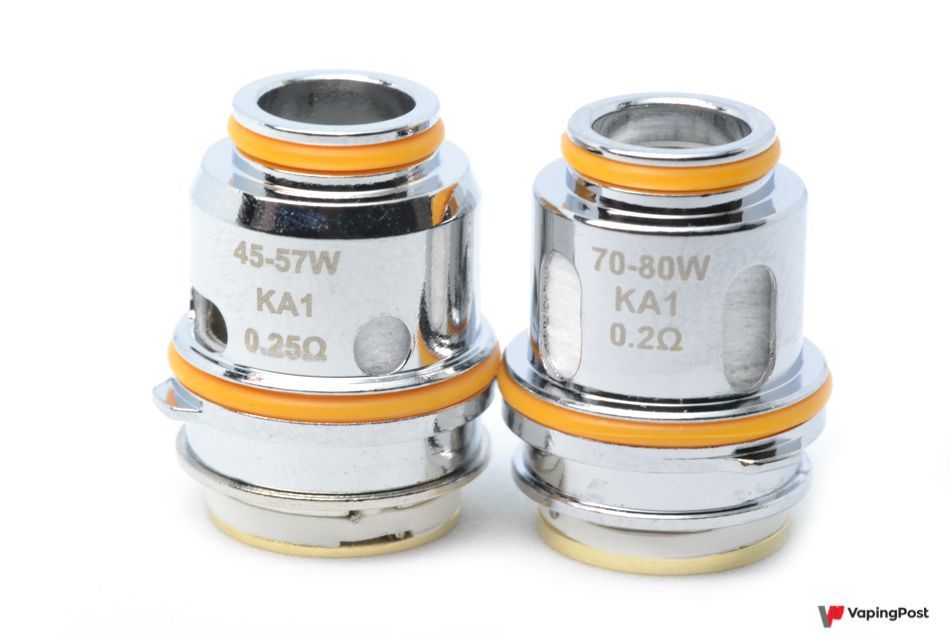 The kit comes with two resistance coils. The Z coils are 0.25ohm and 0.2ohm for use between 45 and 80W, depending on the model used. They are made of Kanthal mesh. From a vaping point of view, it is a nice kit. The vaping experience is full of flavour with whatever juice is used, although we got the best results with gourmet flavours. The flavour concentration is improved by restricting the airflow.

The clearomizer is compatible with no less than five resistance coils ranging from 0.15ohm to 0.4ohm. The 0.15ohm coil is more suitable for a fully open airflow ring. The box is reliable and has a sturdy feel, despite having less rubber. It is light-weight and quite narrow for a dual battery model. However, it’s a shame that the bevelled edges on the top of the box give the impression of a poor fit.