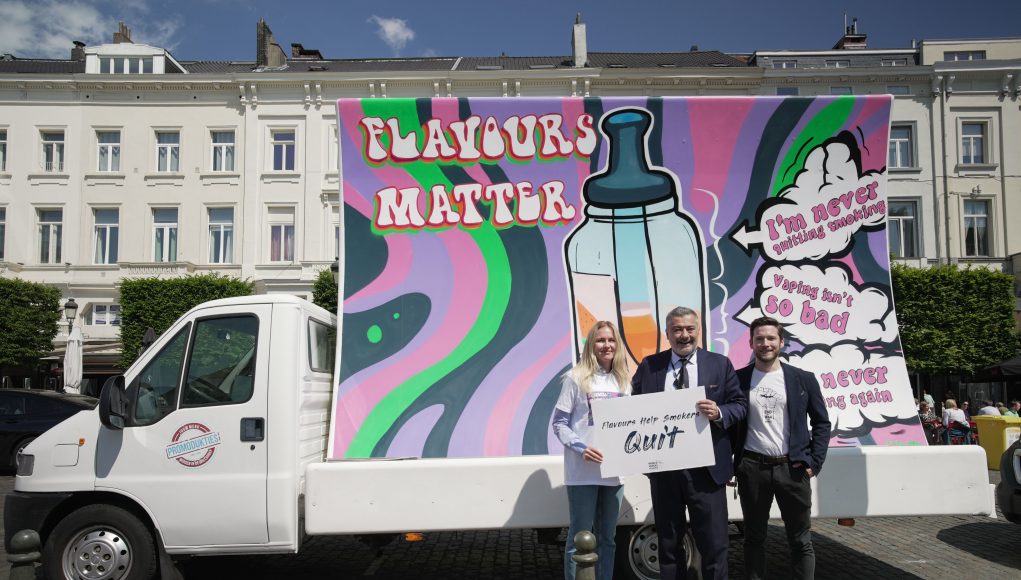 Facebook
Twitter
Pinterest
WhatsApp
The flavour ban did lead to a decline in e-cigarettes and cigars sales, but it sadly also caused a spike in smoking rates.
The art installation is the third in a series of events for the WVA’s Europe-wide campaign #FlavoursMatter. Last April, the group held a demonstration taking to the streets with a billboard reading “Flavours Matter,” explaining how vape flavours help smokers quit cigarettes. The billboard was driven to the Parliament buildings in Stockholm and the following week the group displayed an art installation with the message “Flavours Matter – Flavours help smokers quit” also in front of Parliament.

“Last year, Dutch citizens rejected a flavour ban in a public consultation with a resounding 98% of respondents against it. Politicians have chosen to ignore their voices and now they’re at it again, risking the lives of up to 260.000 Dutch people, who could be pushed back to smoking in the absence of flavours,” said WVA’s Director, Michael Landl on the occasion.

The group hosted similar demonstrations in the Hague, Netherlands, in March 2022, on the morning when members of the Health Committee met to discuss a Government’s proposal to ban vape flavours.

“Flavours play a crucial role in helping consumers quit smoking – millions of Europeans have already stopped by switching to vaping. The variety of flavours is one of the most important reasons many people switch to e-cigarettes and never go back to smoking. We have already seen that vaping works! It helped millions of  people change their lives and now, we need policies to catch up. Therefore, we are delighted that some MEPs are with us and help to defend vaping flavours,” says Landl at the time.

SF’s flavour ban led to a spike in smoking rates

In line with his arguments, data collected from the US city of San Francisco following a flavour ban found an increase in smoking rates. The study titled, “The Impact of a Comprehensive Tobacco Flavour Ban in San Francisco Among Young Adults,” was conducted with the aim of determining the impact of the ban on tobacco use behavior. A sample of 247 San Francisco residents were surveyed about their e-cigarette and tobacco use, before and after the flavour ban.

The study found that while the ban did lead to a decline in e-cigarettes and cigars sales, it sadly also caused a spike in smoking rates. Additionally, the researchers also found that the measure was not enforced properly and 65% of participants reported being able to obtain flavoured products in multiple ways.