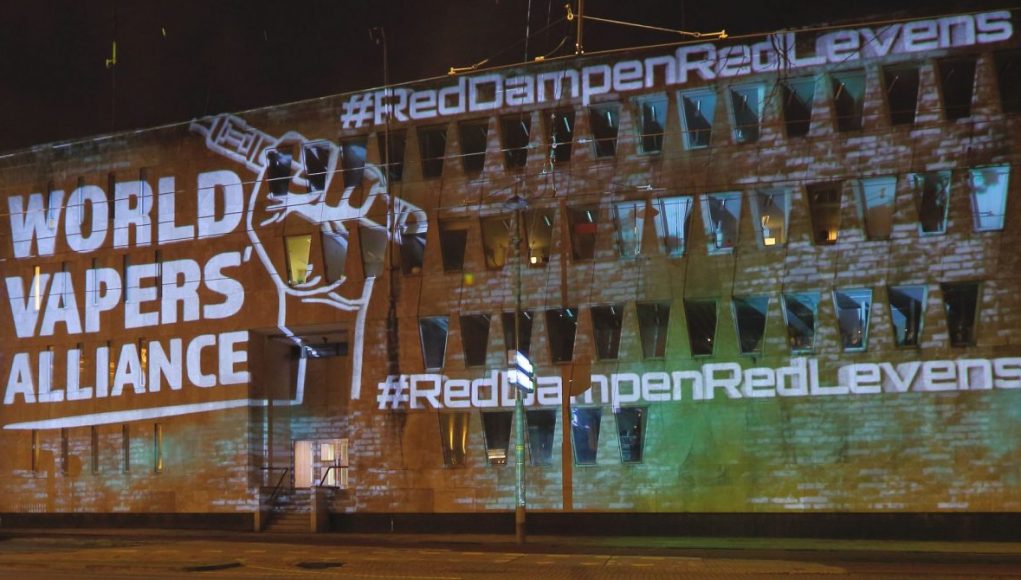 A public consultation on the recently announced flavour ban which had to close on the 19th of January, was extended to the 2nd of February. A statement published on the Government website, had revealed that the consultation was extended “due to popular demand.”

The submissions had included 9 void entries and only two submissions supporting the government’s proposal to ban flavours. “The passion expressed by the Dutch vaping community through the consultation process has been incredible. The vast majority of submissions explicitly state that vaping helped them quit smoking or that taking away flavours would drive them back to cigarettes. The government must listen to these stories and drop this ridiculous legislation,” said WVA Director Michael Landl at the time.

“Saving vape flavours will save lives!”

Meanwhile, following the success of a previous lightshow organized in 2020, the WVA organized another installation protesting against the ban. The Covid-friendly lightshow was projected onto landmark buildings in the Hague, starting at 18.00 and ending before curfew.

Spurred on by what WVA Director Michael Landl has called an “incredible public consultation response”, Dutch vapers delivered a vital message to country’s lawmakers based in the Hague:

The Independant European Vape Alliance (IEVA) had also argued against the proposed measure. “Around 65 percent of adult vapers in Europe use fruit or sweet liquids. The variety of  flavors is one of the most important reasons for smokers to switch to e-cigarettes and for vapers not to go back to smoking,” said the alliance in a press release.