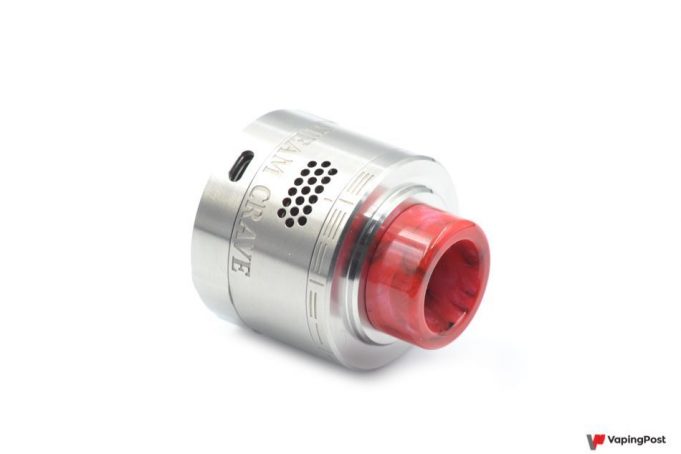 With its 30mm diameter, the Hadron RDSA is designed for vapers who like a strong vape. The possibility of parallel and series builds offers a wide range of uses. You can use it on variable power electronic boxes just as well as on a single-battery mech mod, on a PWM-type electronic box or on a mech mod with two batteries in series. Its dual airflow modification system enables very precise adjustment, depending on the assembly used. It needs lots of power and huge coils to be able to fully reach its potential due to its size. 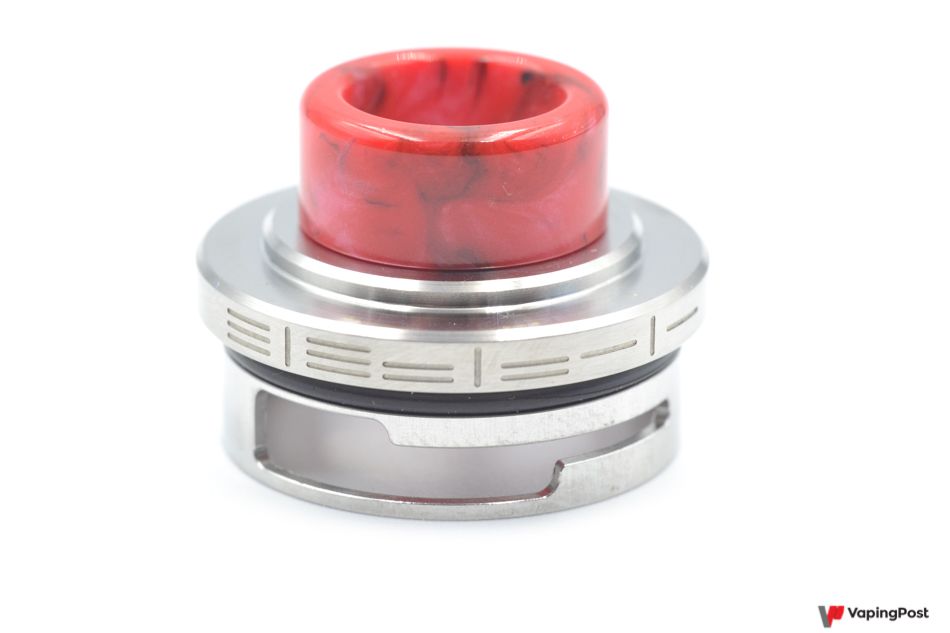 The Hadron RDSA is entirely made of stainless steel. Its production quality is faultless. Topped with a resin 810 drip tip, the top cap is attached to the barrel by a rubber seal which holds well. The engraving on the side shows the settings for the side airflow adjustment. 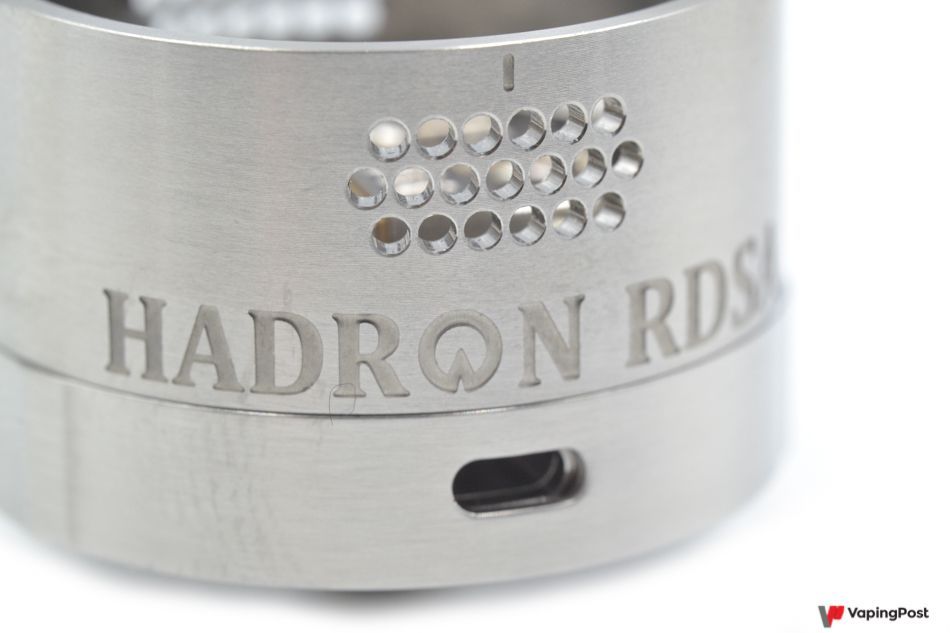 With a thickness of 1.5mm, the barrel remains warm even at very high power. The side airflow is adjusted by means of a series of 2×19 holes. The shape of the hole in the top cap is designed so that the top row can be gradually closed, followed by the lower row and finally it can be blocked completely. The bottom airflow is adjusted thanks to a removable ring. It can therefore be removed for thorough cleaning. It is attached to the barrel by two silicone seals. Like the ones connecting the barrel to the deck, they don’t hold as well as could be expected. 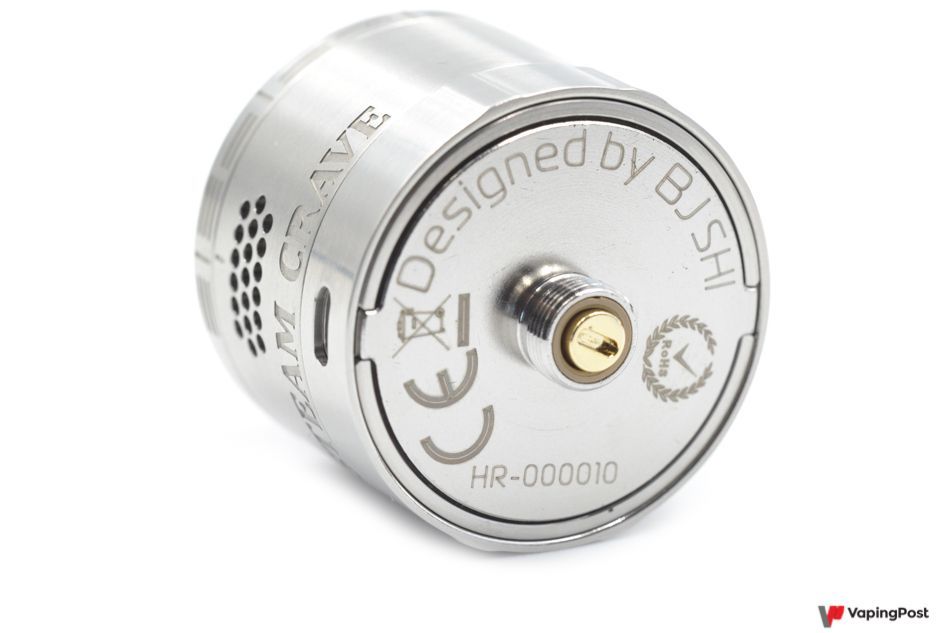 The ring has no stopper so it turns freely, unlike the barrel, which has a positioning notch. The engravings are excellent quality, one showing the brand name and the other the name of the dripper.

Under the dripper we have the usual markings and the name of the person who designed it. The 510 pin is long enough that you could use it on a hybrid mech mod. 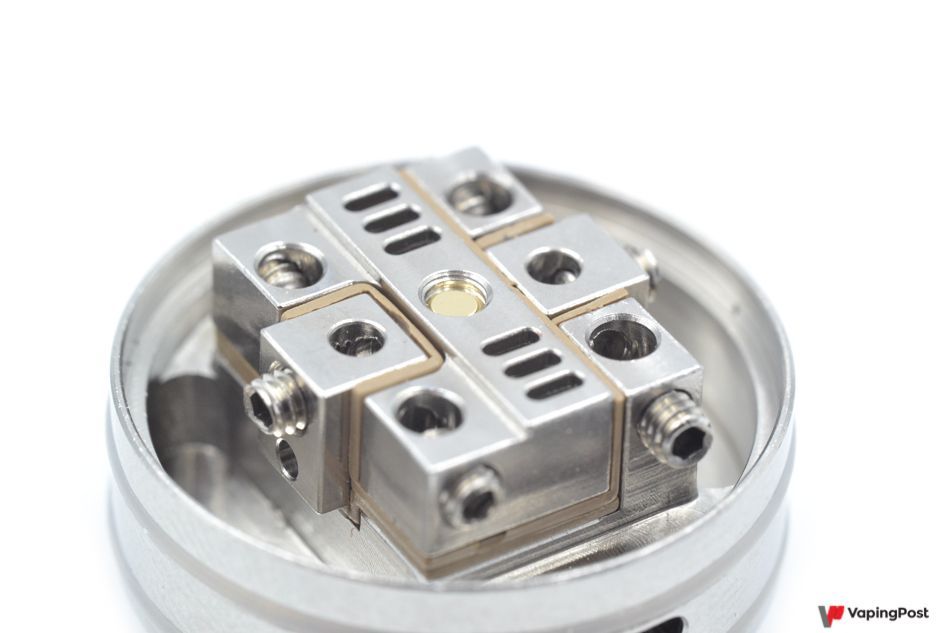 This postless deck has 1.3 BTR screws and is unusual in that you can use it in the standard configuration with the two coils in parallel, or as a series build without having to modify the deck. You simply change the positioning of the coils. Using the four outer posts, you have a parallel build. For a series-type build, simply position the coils diagonally. In bottom-feeder mode, the e-liquid inlets are located under the central screws. The lower airflow inlets are provided by three slots at the ends of the deck. The tank is 7.4mm deep, which provides a comfortable e-liquid reserve. 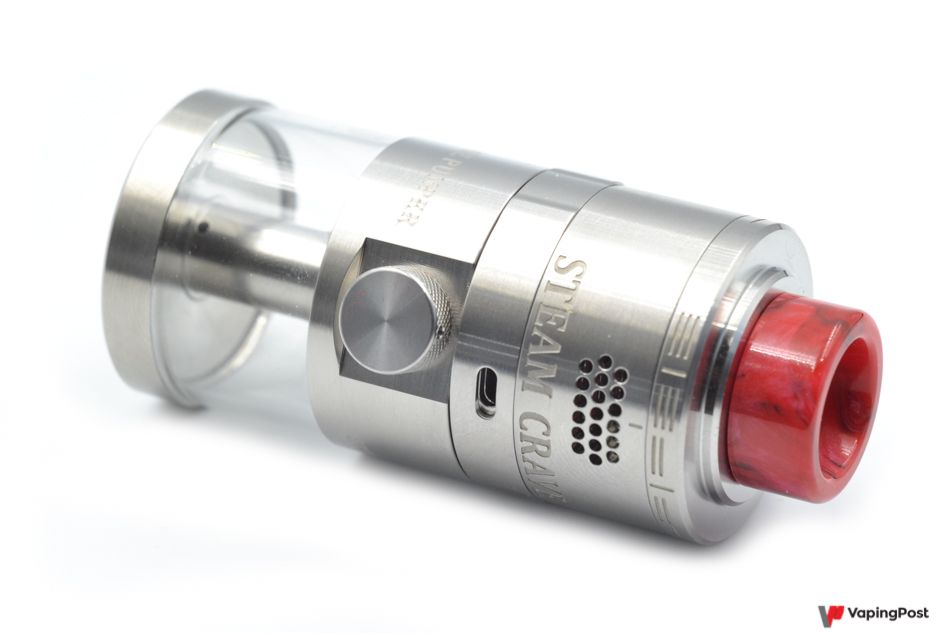 The second major innovation of the Hadron RDSA is that it can be used in bottom-feeder mode without needing a dedicated box. Simply screw on the Pumper under the dripper. 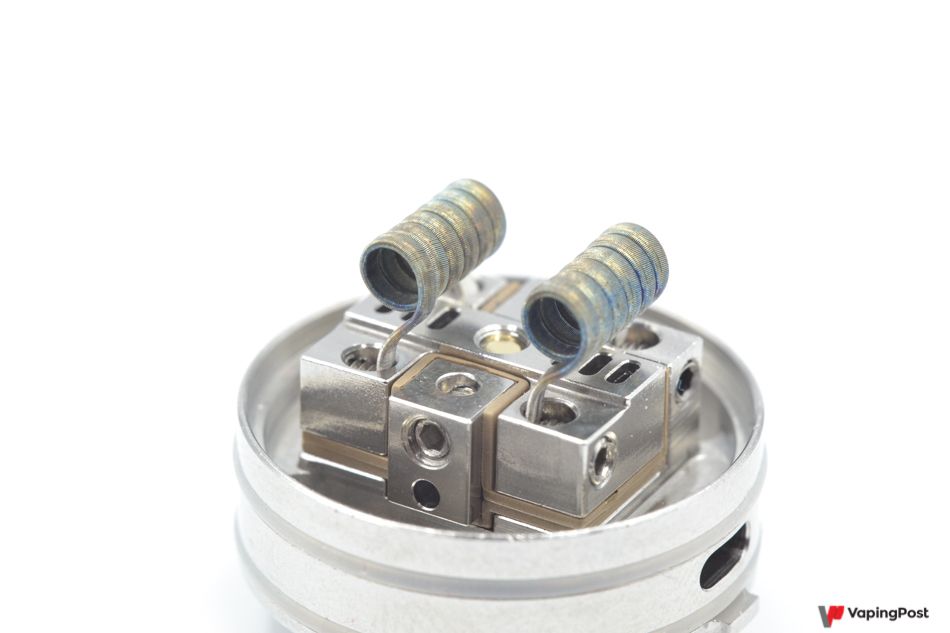 Steam Crave says in its manual that you can use coils from 3 to 5mm in diameter and with 4mm legs. After several tests, we opted for 4×27/38 Ni80 Fused Claptons, with 4 windings around a 4mm pin. For a parallel build, we thought that a leg height of 5.5mm seemed the best in order to position the coil high enoughsufficiently high for it to get the full benefit of the side airflow. For a series build, given the diagonal position of the coils, it is preferable to cut the legs to 6mm.

Installing the cotton does not pose any particular problem. You just need to leave sufficient length, as the tank is relatively deep.

From the point of view of the vaping experience, whatever the configuration you go for, the Hadron RDSA requires a lot of power. With the build described above, we set our box to 150W for the parallel build and 7 V in PWM with the series build. This dripper is very airy. You need to play around with the two airflows to achieve a good vapour/flavour compromise. Once you have found that sweet spot, the flavour produced is accurate and top-notch. Vapour production is obviously huge and very dense. The dripper proves to be just as effective when used on a mech mod with a single or double battery in series.

There is no secret with the Hadron RDSA: power and, above all, the right coils are essential to get the all the qualities out of it.