Creating your own recipe

There can be many reasons for making your own DIY liquids, but getting to create your own recipes is the most gratifying one. It also requires you to be both methodological and patient. Below you will find some tips on creating your own juices. 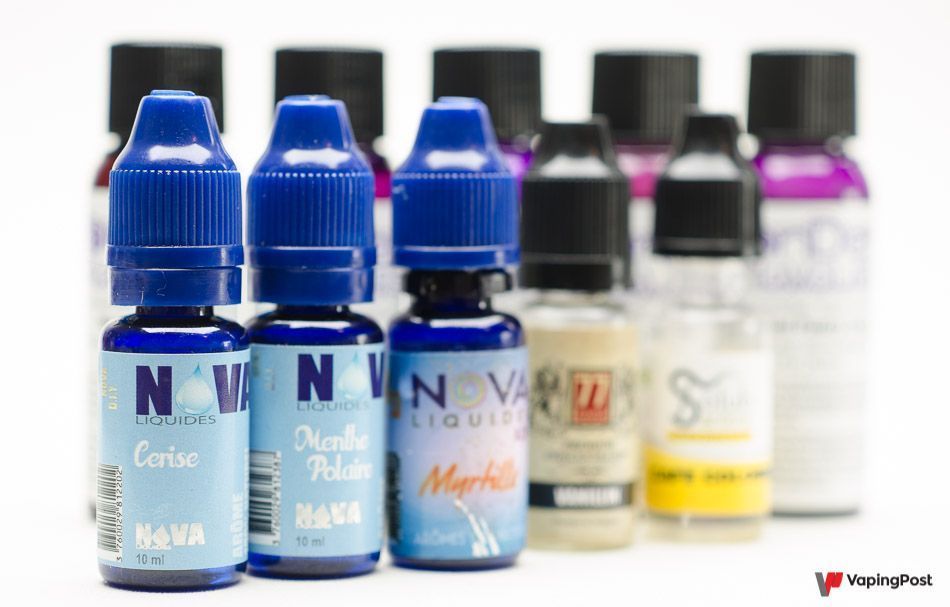 As opposed to concentrated recipes discussed in another of our articles, single flavours are basic flavours such as strawberry, vanilla or coffee. Therefore, the term recipe can be taken to mean any mixture of at least two single flavours.

This doesn’t rule out using only one single flavour to make your e-liquid. The longer you vape, the more you tend to seek out complex recipes justifying the purchase of equipment designed to render flavours.

Yet, if you take a flavour as common as banana, it may vary in ripeness, sweetness, subtility, natural or chemical notes. And you may very well prefer a first-rate single banana flavour to a recipe that would only serve to dilute its delicious flavour, however good the end result. As you can see, single flavours are often undeservingly underrated. 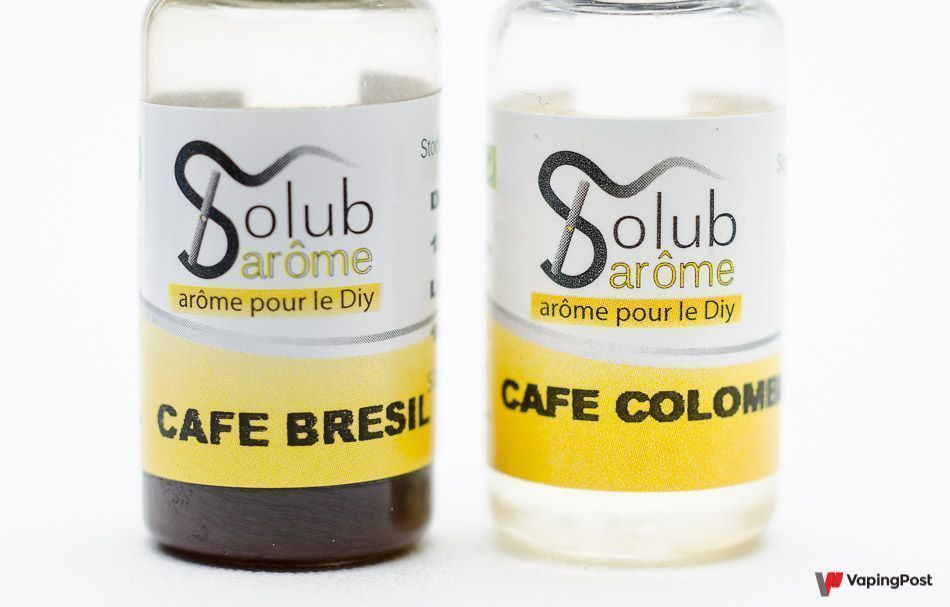 You can get pretty much any flavour imaginable in single flavour form for vaping, apart from savoury flavours which don’t tend to work, at least up to now. You will easily find around one hundred banana and strawberry flavours in as many different brands and references, and each one will be unique. In any case, there is no one standard apple flavour, but rather dozens of varieties, which may each have seen a varying amount of sun and have grown in more or less fertile soil. The same logic applies to single flavours.

Some flavours are also more difficult to render for vaping. It isn’t easy to find a coffee or chocolate flavour that is true to the original, for example. Obviously, there are hundreds of different coffees and chocolates, but it is quite rare to find a flavour that comes close. One of the most difficult flavours to render is pistachio, and very few manufacturers take their chances. 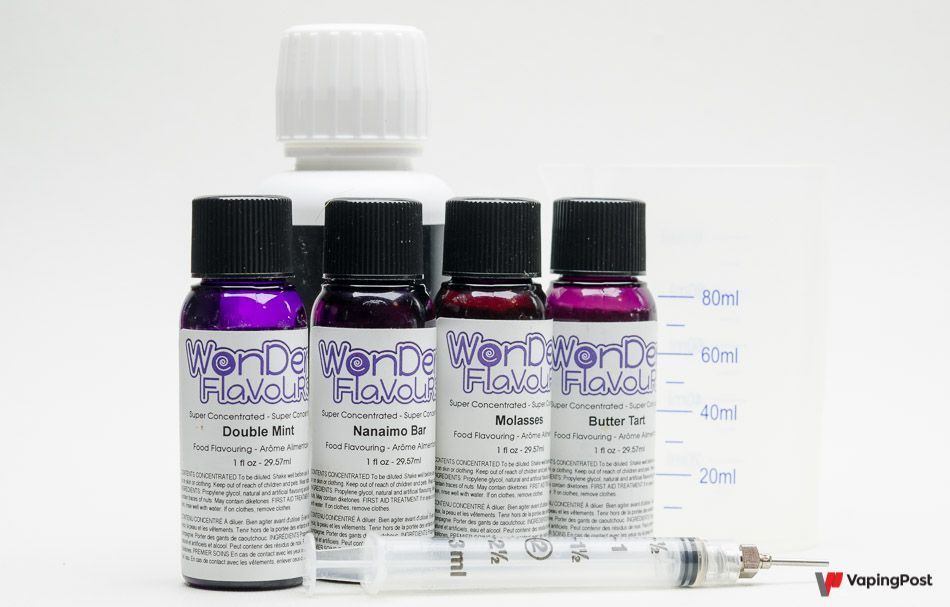 Just like when you are cooking, the choice of ingredients is key in preparing a DIY e-liquid recipe. A chemical strawberry flavour will be ideal in a candy type recipe, but a natural rendering will be a better choice by miles in strawberry cream pie juice. If you want to find out more, I would highly recommend that you check out the movie Ratatouille, of course, when Colette explains to Linguini how haute-cuisine restaurants work. The best restaurants only use the best produce.

In fact, most e-liquid recipes make direct reference to a cooking recipe or dish, to a cocktail for drinks, or to a well-known type of confectionery. You can find an endless source of inspiration there, whether for the end result or as a starting point for an original creation of your very own.

The choice of the base flavours is critical, but the dosage is the tricky part. Their respective proportions, first of all, so that the flavours are balanced with no one flavour overpowering the others, but also the intensity of the liquid itself, which increases with the overall dosage of flavours. Therefore, a methodological approach will come in handy as you ultimately create, through trial and error, a recipe with the right overall flavour intensity, in which the flavours are balanced, while remaining clear, i.e. perceptible in their own right. And, to top it all, some flavours can hit you when inhaling, while others will only be perceived when exhaling or leave a taste in your mouth after the puff. In short, if you don’t know what you are doing, you have one chance in a million of succeeding, while with a more methodological approach, you will at least end up with a liquid that is worth vaping.

Just like chefs, everyone has their own technique, and the one that I am suggesting to you here is just my own, and certainly cannot claim to be either universal or the best. Feel free to describe your own in the comments section, it will be just as valid. 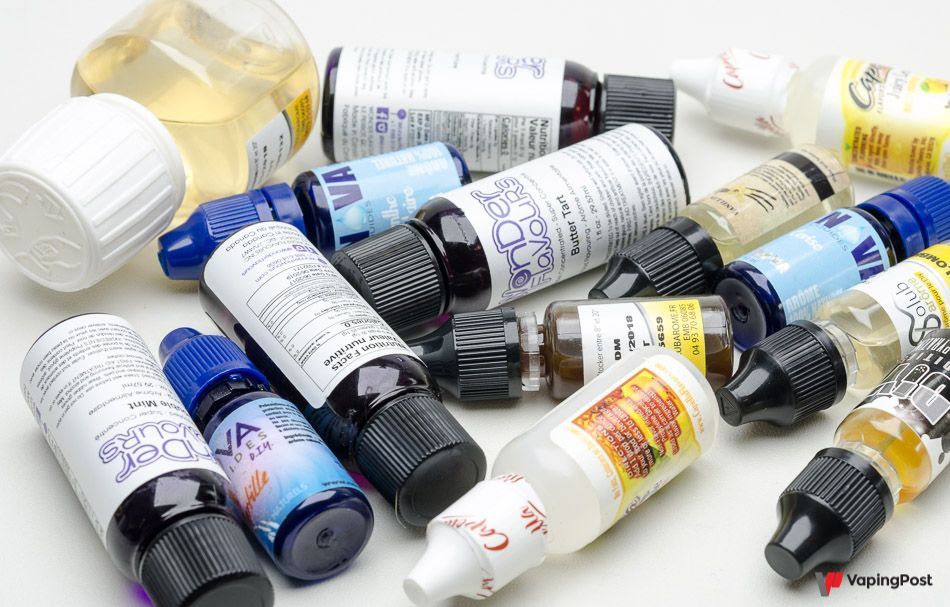 The principle consists of achieving the desired result as easily as possible without using flavours unnecessarily. The quickest technique is to take 5 ml of base, mix the flavours, try it, and modify accordingly. However, this technique requires a very precise flavour dosage, which is not always easy to do for small quantities, and particularly does not take steeping into account unless you wait two weeks between each test, which slows down the process considerably.

Therefore, we will start by making 30 ml of liquid with each flavour in a 50PG/50VG base. This will give you a good idea of the flavour in question, allowing you to note the dilution that you prefer when used on its own.

In this way, you start with well-known single flavours, both in terms of their rendering and their own ideal dilution. These single-flavour liquids are “steeped”, i.e. sufficiently matured. This will allow you to make the recipe while accounting for steeping. No need for a final steep as the flavours will react together, but you are getting much closer than you would using concentrated flavours directly.

We then take 10 drops of liquid of the main flavour, and add a few drops of the second flavour, taking a rough guess. Simply try out the result on a dripper and modify the dosage of the second flavour until you get it right. Then follow the same procedure for any secondary flavours, in the order of their desired importance in the rendering of the final liquid. Obviously, you can modify the dosage of a flavour according to those that follow, but this often proves to be a mistake. Continue with all of the flavours, in order of importance in the recipe, writing down all of the steps to keep a record as you go. 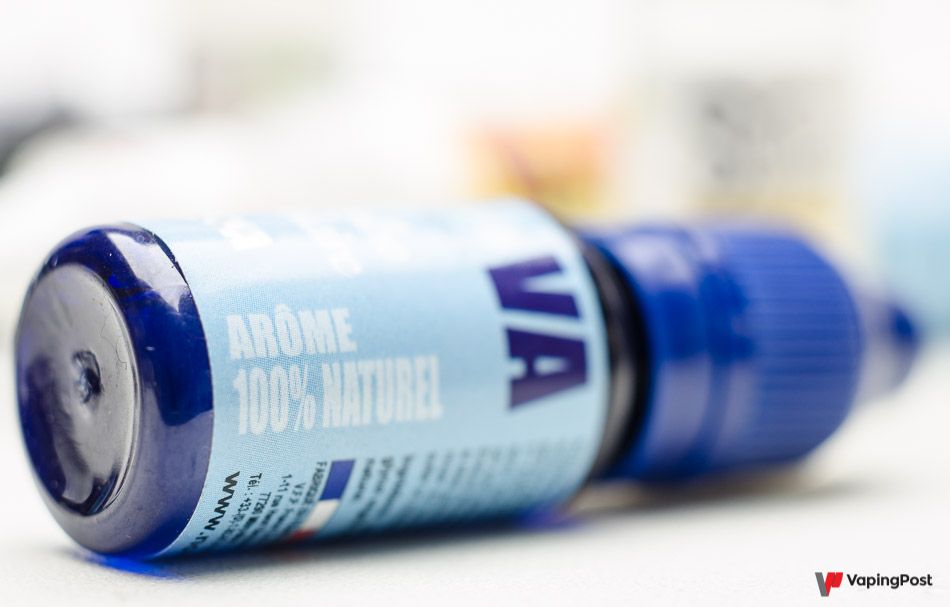 You will need to experiment, but with a precise dosage in small amounts, giving a good idea of what the liquid will be like once steeped, and working gradually and not blindly. Once you have obtained a satisfactory result, simply take the proportions of each single-flavour liquid used, work out the corresponding quantity of concentrated flavour (as the dilutions of each flavour are not necessarily the same in all single-flavour liquids), and you have the final concentrated flavour dosage recipe.

You can then make the final version of the liquid, with the concentrated flavours directly in the base at the selected dosages. The steeping process only reserves surprises in terms of reactions between flavours, and you can fine-tune the recipe accordingly, but, most of the time, it will remain more or less unchanged. The final concentration can also be adapted, as with concentrated recipes, depending on your tastes, mood or the base used. If the initial recipe was made with a 50/50 base and you are formulating a 30/70 liquid for example, you will need to increase the overall flavour concentration. But, at least, you will have found the right recipe, and will not have spent two years and used up 10 litres of flavours doing so.

Once again, this technique is only one of many, feel free to share your own in the comments section so everyone can benefit. Finally, also remember that some people are more talented than others in this area, and that experience is a major advantage. The best liquid creators have a talent that is hard to match, and rightly so. Not everyone knows how to make an exceptional liquid, we can tell you, as we have never managed it ourselves, but, with a little patience, making a liquid to your own taste, that would hit your vaping spot, but doesn’t exist yet, is within your grasp.

We have prepared a series of articles examining DIY liquids:

DIY e-liquids: how do you choose and make your base? 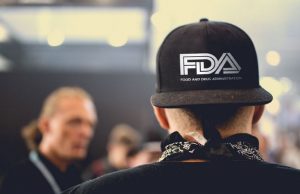 Alistair Servet - December 4, 2021 0
This article was updated on 11 May 2020 What this article covers: The FDA is in the process of finalising mandatory regulations for manufacturers of...