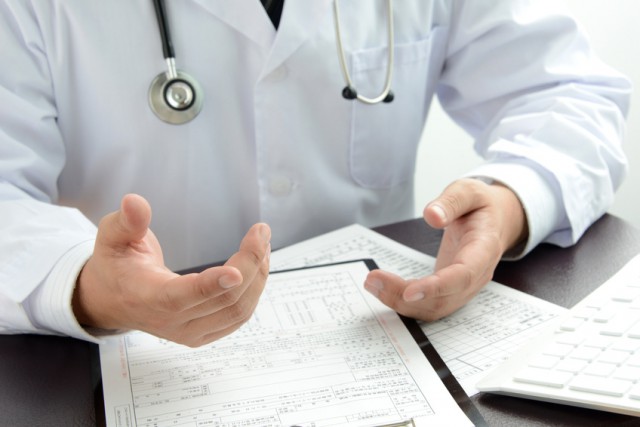 A pilot survey conducted by the department of Anesthesiology reveals that the use of e-cigarettes is feasible and well-accepted in surgical patients. The study was conducted by researchers of the Mayo Clinic Rochester, leaded by Dr David O. Warner who has been working on this topic for many years.

The surgical complications associated to smoking are serious and it is often recommended to surgical patients to stop smoking during their stay at the hospital and during the recovery period. Smoking cessation or reduction is not always effective at this period due to the stress induced by the situation. Therefore, the researchers looked into alternative electronic nicotine delivery systems (ENDSs) and elected a cigalike type of electronic cigarette, to help smoker patients change their habits.

E-cigarettes were proposed to patients before surgery and their use of the device was followed during 30 days after the act. The practicians noticed that vaping was associated to a decrease by almost 50% the number of cigarettes smoked per day, on average. And about 1 out of 2 patients who used the e-cigarette declared he would continue using it. Cigarette abstinence was even reported by 1 out of 6 smokers who used the e-cigarette during the study.

An obvious limitation to assess the impact of vaping on smoking patterns is the the absence of a control group not given any e-cigarette. The limited amount of participants was another constraint but, according to the authors it was higher than in another study they conducted with similar settings where patches were proposed as the nicotine replacement therapy (NRT). This probably demonstrates a greater interest in e-cigarettes than in any other NRT.

The e-cigarette used in the study were the NJOY King Traditional Gold (2.4% nicotine) or Bold (4.5% nicotine, offered to subjects smoking ≥15 cigarettes/d) and Menthol (3% nicotine). Their nicotine delivery was at the lowest limit to satisfy user’s daily demand and the researchers recognize that “it is possible that newer ENDS products that deliver nicotine at levels comparable to smoking could have an even greater impact on reducing or eliminating tobacco use.”

A recent study where similar cigalikes were proposed to patients who did not clearly stated their will to quit smoking demonstrated that e-cigarettes, when promoted by healthcare professionals, could efficiently lead to smoking reduction, and even complete cessation. The Italian ECLAT study showed that benefits on health were significant with a reduction of blood pressure, of asthma, a better constraint on appetite leading to a control over body weight. A parallel research line was followed by B. Dautzenberg and D. Garelik who got interested in harm reduction strategies based on the e-cigarette for lung-cancer patients and concluded in a net benefit for health of weaning off tobacco.

Opening a door for a medical use?

In contrast with the UK where a few ENDSs received a licence for medical use, the absence of approval by the FDA for their official use in the USA for smoking cessation programs rendered problematic their promotion to patients. Nevertheless, the encouraging results of the experience led the researchers to consider further “exploration of ENDS as a means to help surgical patients reduce or eliminate their cigarette consumption around the time of surgery.” They even do not exclude that clinicians may “insist upon a well-characterized, standardized ENDS product approved for this purpose.”

Where the controversy begins…

On February 4, 2016, from the same health institute, Dr Jon Ebbert warns about the risks associated with electronic cigarettes on a 60s video, the Mayo Clinic Minute, that starts with: “E-cigarettes. They’re safer than regular cigarettes right? Well, maybe not.”
“because e-cigarettes aren’t regulated, we don’t know exactly what’s added to the nicotine.” -Dr Ebbert
Several arguments were put forward by Dr Ebbert to discourage e-cigarettes use, all of them addressing absolute risks for animal cells. In no case, the physician talked about 95% lower relative risk of vaping compared to smoking, which is THE point that may be addressed by the medical teams if e-cigarette were to be proposed as a NRT.

Over above 150 scientific publications, Dr Ebbert has collaborated only once with S. Leischow and A. Hanson, but he shares 42 articles with D. Schroeder, 33 with I. Croghan, 3 times with D. Warner, the co-authors of the present study.

It is ironical that scientific collaborators so actively promote the same product in two opposite ways unless the true message of Dr Ebbert with regard to the e-cigarette was the issue of an unregulated product?

Some think they may blah blah blah!! Thanks for putting this together.