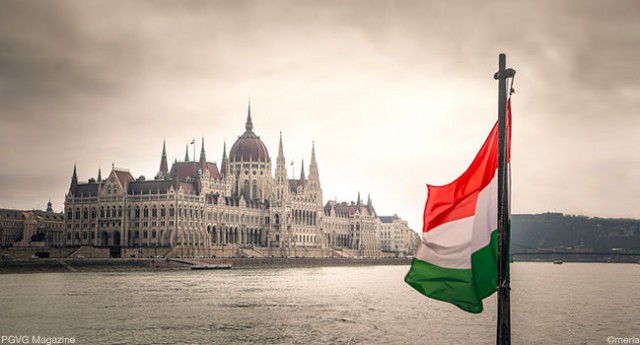 According to the draft of the implementation decree of the European Tobacco Products Directive, the placement on the market of e-cigarettes requires that the e-liquid contains no nicotine, no flavorings and no additive like caffeine, taurine or other additives and stimulant compounds that give a feeling of improved energy and vitality.

European authorities had justified a drastic regulation of the e-cigarette because of the presence of nicotine. In Hungary, nicotine is prohibited but very restrictive measures are taken anyway for “the Protection of Non-Smokers”.

The decree also requires manufacturers to notify their products to the National Institute of Pharmacy and Nutrition (NIPN), to require child safety systems, a protection against breakage and leakage, and a mechanism allowing leakage-free refilling.

A health warning will be required on the at least 30% of both sides of the packaging, reading : “This product is an electronic smoking imitation device. Not recommended for children”.

“An Act on the Protection of Non-Smokers”

Hungary exploits the option left open by the EU TPD for State Members “to prohibit a certain category of tobacco or related products”, “provided the provisions are justified by the need to protect public health.”

Sought for the legal validation of the text, the European Commission estimated that Hungary, which has one of the highest smoking prevalence in the Union, is in a specific situation and considered “justified to regulate electronic cigarettes and electronic smoking imitation devices, regardless of [their] nicotine content.”

With this decree, Hungary is adopting a position diametrically opposed to that of England and even to that of France, where the High Council of Public Health recognized the usefulness of the e-cigarette for risk reduction and smoking cessation.

In this country where smoking is well settled and the e-cigarette market undeveloped, the authorities fear that vaping may promote a “culture of smoking” abandoning hope for smokers to access a solution for risk reduction.

US: Louisiana Laws Restrict Vaping in Cars And Improve Access to Medical Marijuana

In the continued war on e-cigarettes, we hear about the “potential dangers” of e-cigarette vapor and the “unknown public health risks.”

First, I find it absolutely absurd that we’re attempting to pass laws based on unknowns, but what makes it even more absurd is the fact that there’s very little that isn’t known about e-cigarette vapor at this point. The primary ingredient of concern to those who wish to see e-cigarettes banned is the propylene glycol vapor, which has been studied for over 70 years.

I recently came across a document titled, “Reregistration Eligibility Decision For Propylene Glycol and Dipropylene Glycol“, which was created by the United State Environmental Protection Agency (EPA).

Catchy title. I was intrigued.

This quote caught my eye:

Propylene glycol and dipropylene glycol were first registered in 1950 and 1959, respectively, by the FDA for use in hospitals as air disinfectants. (page 4, paragraph 1).

In a previous post, I had shared the summary of research that had been done in 1942 by Dr. Robertson regarding the antibacterial properties of vaporized propylene glycol, but I had never heard that the FDA wound up approving it for the purpose of an air disinfectant in hospitals.

Method and Rates of Application

Read the directions included with the automatic dispenser for proper installation of unit and refill. Remove cap from aerosol can and place in a sequential aerosol dispenser which automatically releases a metered amount every 15 minutes. One unit should treat 6000 ft of closed air space… For regular, non-metered applications, spray room until a light fog forms. To sanitize the air, spray 6 to 8 seconds in an average size room (10’x10′). (page 6, paragraph 6)

A review of the available data has shown propylene glycol and dipropylene glycol to be negative for carcinogenicity in studies conducted up to the testing limit doses established by the Agency; therefore, no further carcinogenic analysis is required. (page 10, paragraphs 1 & 2)

Ready for the bombshell? I probably should have put this at the top, as it could have made this post a lot shorter, but I figured the information above was important, too…

The report of the 3 years’ study of the clinical application of the disinfection of air by glycol vapors in a children’s convalescent home showed a marked reduction in the number of acute respiratory infections occurring in the wards treated with both propylene and triethylene glycols. Whereas in the control wards, 132 infections occured during the course of three winters, there were only 13 such instances in the glycol wards during the same period. The fact that children were, for the most part, chronically confined to bed presented an unusually favorable condition for the prophylactic action of the glycol vapor.

An investigation of the effect of triethylene glycol vapor on the respiratory disease incidence in military barracks brought out the fact that, while for the first 3 weeks after new personnel entered the glycolized area the disease rate remained the same as in the control barracks, the second 3 week period showed a 65 percent reduction in acute respiratory infections in the glycol treated barracks. Similar effects were observed in respect to airborne hemolytic streptococci and throat carriers of this microorganism.

I don’t expect the prohibitionist lawmakers to delve this deeply into this subject on their own, but I certainly hope that when presented with this data that they reevaluate their stance on the subject and consider what science has to say. If they don’t, they’re simply basing their judgement off of rhetoric, misinformation, and personal bias and we all know where that gets us.

………….OSHA also took on the passive smoking fraud and this is what came of it:

This sorta says it all

These limits generally are based on assessments of health risk and calculations of concentrations that are associated with what the regulators believe to be negligibly small risks. The calculations are made after first identifying the total dose of a chemical that is safe (poses a negligible risk) and then determining the concentration of that chemical in the medium of concern that should not be exceeded if exposed individuals (typically those at the high end of media contact) are not to incur a dose greater than the safe one.

All this is in a small sealed room 9×20 and must occur in ONE HOUR.

Acetaldehyde or Hydrazine, more than 14,000 smokers would need to light up.

The same number of cigarettes required for the other so called chemicals in shs/ets will have the same outcomes.

So, OSHA finally makes a statement on shs/ets :

Field studies of environmental tobacco smoke indicate that under normal conditions, the components in tobacco smoke are diluted below existing Permissible Exposure Levels (PELS.) as referenced in the Air Contaminant Standard (29 CFR 1910.1000)…It would be very rare to find a workplace with so much smoking that any individual PEL would be exceeded.” -Letter From Greg Watchman, Acting Sec’y, OSHA.

Why are their any smoking bans at all they have absolutely no validity to the courts or to science!

…..Not 1 Death or Sickness Etiologically Assigned to Tobacco. All the diseases attributed to smoking are also present in non smokers. It means, in other words, that they are multifactorial, that is, the result of the interaction of tens, hundreds, sometimes thousands of factors, either known or suspected contributors – of which smoking can be one.

You can access the article for free on the Cato Institute’s wesbite, Cato.org. This article neither defends nor promotes smoking. Rather it condemns the abuse of statistics to misinform and scare the public. Levy, by the way taught Statistics for Lawyers at Georgetown University Law School. There is also a popular law school class called How to Lie With Statistics.

death by medicine” is by far the larger concern. These deaths are real, real people with real families not some defective “public health” mafia computer generated stats (SAMMEC) where no real deaths or people are counted….

andra ecig juice is already safe and so is tobacco smoke.

The Chemistry of Secondary Smoke About 94% of secondary smoke is composed of water vapor and ordinary air with a slight excess of carbon dioxide. Another 3 % is carbon monoxide. The last 3 % contains the rest of the 4,000 or so chemicals supposedly to be found in smoke… but found, obviously, in very small quantities if at all.This is because most of the assumed chemicals have never actually been found in secondhand smoke. (1989 Report of the Surgeon General p. 80). Most of these chemicals can only be found in quantities measured in nanograms, picograms and femtograms. Many cannot even be detected in these amounts: their presence is simply theorized rather than measured. To bring those quantities into a real world perspective, take a saltshaker and shake out a few grains of salt. A single grain of that salt will weigh in the ballpark of 100 million picograms! (Allen Blackman. Chemistry Magazine 10/08/01). – (Excerpted from “Dissecting Antismokers’ Brains” with permission of the author.)

Belief systems are the downfall of all sciences.
Until we all commit to no consensus of anything until a hypothesis is proven and reproduced to a station of known physical fact we will continue to be ruled by Fools and false prophets. Never suffer the fool abandon them and demand end point proof..,

A hypothesis can’t be proven moron. A hypothesis can only be asumed to be correct (falsification). Your statement is as old as the early industrial revolution, please educate yourself before talking about “the downfall of all sciences” when you clearly know nothing about it 😉

the current government set up a monopoly on the sale of tobacco products so all these new shops opened when before you could buy cigarettes in normal shops. there is e cigaettes that are an alternative to their monopoly and so they have banned them for the single reason that they want to earn money from selling people tobacco. that they banned indoor use of tobacco is not really relevant since smokers continue to smoke outside or in their private premises. in anycase breathing the normal air in budapest is worse than a bar full of tobacco smoke this city has piles of car fumes and pollutants from who knows what you can see the light refracting off this dump when you approach from a distance.